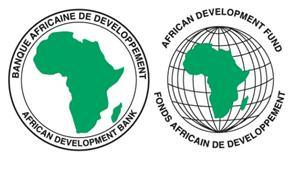 The 11-page document is the tangible result of the October 23-25 forum on the theme “Governing and Harnessing Natural Resources for Africa’s Development.”

It focused on how to generate maximum benefits from the exploitation of Africa’s lands, minerals, fisheries and forests for the benefits of the people.

On land, which has come under intense speculative pressure from local and foreign investors, the document calls for scientific and methodical approaches to land issues that would guarantee transparency, equity and sustainability.

Africa accounts for 60 per cent of the world’s uncultivated arable land that need to be protected against rapacious speculation.

In an open letter to Forum participants, OXFAM said some 50 million hectares had been acquired in 700 transactions in recent years.

However, the mining sector incarnates the paradox of Africa’s natural wealth, where bounty breeds penury. According to the Consensus Statement, Africa ranks first or second in known world reserves of bauxite, chromite, cobalt, industrial diamond, manganese, phosphate rock, platinum-group metals, soda ash, vermiculite and zirconium. The continent is home to one-fifth of global gold and uranium supplies, while over 30 countries produce oil and gas in commercial quantity.

To resolve this dilemma, the Forum, among other measures, called for the implementation of the African Mining Vision adopted by African leaders in 2009. The vision sets out how mining can be used to drive the development of their countries.

According to the document, “transparent, equitable and optimal exploitation of mineral resources to underpin broad-based sustainable growth and socio-economic development is the major challenge for African countries today.”

On fisheries and aquatic resources, the Forum called for the strengthening of policies, legislation, strategies, investment and collaboration among states in various areas to develop the sector. Greater attention also needed to be paid to the New Partnership for Africa’s Development (NEPAD) action plan on inland, coastal and marine fisheries and aquaculture at the national and regional levels. Africa loses a million tons of fishery resources estimated at over US $600 million annually to illegal and unreported fishing.

“Overcoming these constraints is key for attaining inter-sectoral linkages between agriculture, forest, industries and human settlement in Africa,” the document added.

The ADF, a United Nations Economic Commission for Africa biennial event is convened in collaboration with the African Union Commission, African Development Bank, and other partners to establish an African-driven development agenda that reflects consensus and leads to specific programmes for implementation. It is usually attended by some 1,000 participants including Heads of State and Government, African Member State policy-makers, development partners, other United Nations agencies, intergovernmental and non-governmental organizations (IGOs/NGOs), academia, practitioners, civil society organizations (CSOs), the private sector, eminent policy and opinion leaders, and the media.