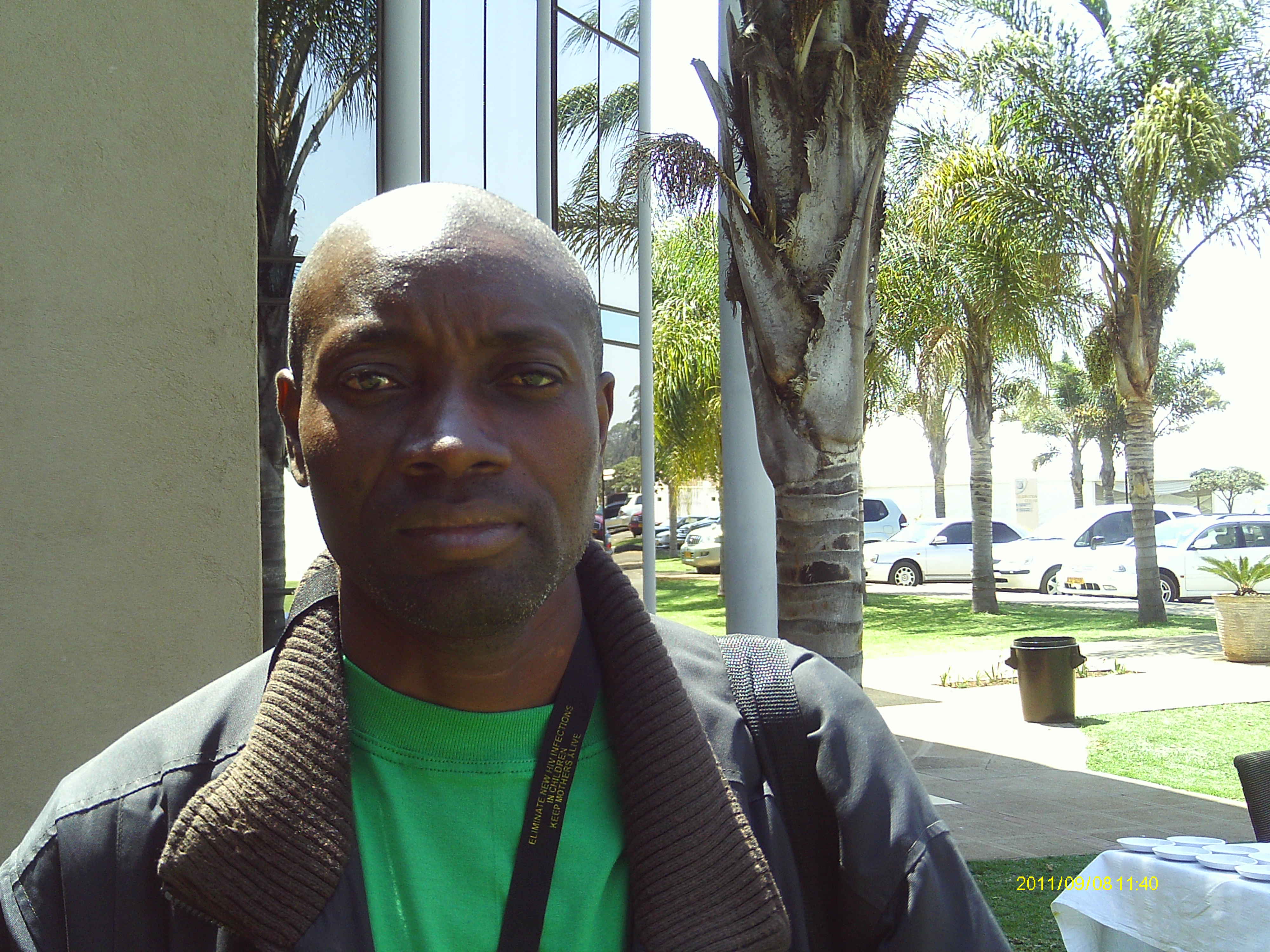 When communities in Zimbabwe’s Manicaland province in the Marange/Odzi region constituting Chimanimani, Marange, Buhera and Chipinge heard of diamond discoveries in their area they thought that their impoverished lives were going to improve.

Little did they know that things could turn to the worse.

A shocking report released by the Zimbabwe Environmental Law Association (ZELA) following an investigation has unearthed rampant abuse of environmental ethical standards with potential negative consequencies on the livelihoods of the affected communities.

ZELA has released the report on the scientific investigation of the impact of Marange diamond mining operations on water quality in the Save and Odzi rivers including assessment of the health, environmental and livelihoods impacts, according to Shamiso Mtisi, a Projects Lawyer with ZELA.

Mtisi says the study of the impact of mining activities on the water quality of the Save and Odzi rivers was commissioned by the ZELA  in the period 5 – 13 July 2012.

“This followed widespread reports that water quality had deteriorated to the extent that most ecosystem services (potable water, livestock watering and irrigation) that used to be derived from these natural ecosystems had been lost,”Mtisi said.

The objectives of the study were to determine the water quality in the Save and Odzi Rivers and make appropriate conclusions about the state of the environment and the potential impacts on human health and livelihoods in the Marange diamond mining region.

Ten study sites were sampled and this included suitable reference sites  selected on each river outside the diamond mining areas to give comparison of the effects before and after mining discharges.

According to ZELA, the results were evaluated against established W.H.O. standards and Zimbabwe Effluent Standards.

ZELA reports  that the results of the study have shown large scale impacts that include siltation, chemical pollution and also heavy metal pollution.

“All these arise as by products of the mining processes,” Mtisi says.

He added that turbidity and total solids exceeded the environmental limits.

“Water of high turbidity (hazey, murky water) cannot be used as potable water, and the high total solids also imply that it cannot be used as irrigation water as well as this will damage infrastructure,”he said.    The ZELA investigation also revealed that downstream of mining activities the water has turned into a red ochre colour, thereby affecting the health of the river system.

“When in contact with the skin, the water and mud were itchy. It is most likely that the subsistence artisanal fishing that took place before is no longer possible at affected river sites, thereby impacting negatively on people’s livelihoods,” ZELA says.

The reports says similarly, pH was in the high alkaline range as well as C.O.D. These parameters are reported to be  indicative of some chemical pollution in the rivers. The pH that is alkaline (hard water) is reported to be corrosive and can damage plumbing equipment and clothes.

Levels of heavy metals were reported to show high concentrations of iron, chromium and nickel in the water. The report notes that these elements are the major constituents of ferro-silicon, a chemical compound used in the diamond extraction process.

Chromium and nickel are potentially carcinogenic agents (cancer causing agents) and therefore they pose an immediate health risk to people and livestock. “The high levels of iron in water suggest that the local populations could be at risk of iron poisoning, as they exceeded stipulated W.H.O. standards. Dangerous levels of bacterial contamination (high total and faecal coliform counts) mainly of faecal origin, were detected in the water,”according to ZELA.

The investigation revealed that the exact sources could not be determined but the mines have to explain and show how their sewage is treated and disposed of in the mining area. It adds that this means sewage treatment facilities must be in place for evaluation.

ZELA says in the report that the presence of pathogenic bacteria such as Salmonella also represents an immediate health risk for the local communities. A water quality index (WQI) was calculated for each of the river sites, and results showed that most of the river sites were classified as BAD water quality and the reference sites as MEDIUM quality.

According to ZELA the results of the study clearly show the environmental and potential health risks to people and their livelihoods as a result of poor mining practices in the Marange diamond region. “Access to this area is severely restricted, but the mines can only be exonerated if they allow independent studies to evaluate the environmental impacts arising from their mining activities,” ZELA says .

The organization has recommended that the necessary infrastructure to process all waste water from the mines should be put in place, and as part of their community responsibility, the mines must facilitate the clean up process.

“The problems of water quality and environmental degradation need to be addressed in the Marange area before there is irreparable damage to the environment and people’s livelihoods,” ZELA says. ZELA says in its report that mining, due to the nature of its operations, has been traditionally associated with problems of environmental degradation. In Zimbabwe, mining is a significant contributor to the country’s GDP like most countries in southern Africa.

The problems and economic losses associated with environmental degradation include damage to vegetation, health effects on livestock and humans, shortages of water in terms of quality and quantity. Thus, the long-term impacts on the health of livestock and humans ultimately depend upon the physical and chemical characteristics of pollutants and the exposure to such pollutants.

According to ZELA, like many other developing countries, a number of rivers in Zimbabwe are heavily polluted from anthropogenic activities which include industrial, sewage discharges and mining.

“The discovery of diamonds in the Marange region of Zimbabwe has translated the country into a mining giant. However, the pursuit of economic benefits must not be at the detriment of the natural environment upon which our biodiversity thrives as well as the livelihoods of millions of people who may not derive any direct benefits from mining activities,” says Mtisi.

The investigation has also revealed that mining by its nature, is a major environmental disturbance as it alters the landscape in many ways as minerals are mined and processed.

The two main complex processes involved include moving large quantities of earth thereby exposing toxic elements to the environment; and the processes of mineral extraction from the ore generates large amounts of liquid waste that must be disposed of.

In order to protect natural resources such as river courses, Zimbabwe has enacted legislation which include the Environmental Management Act and the Water Act (1998).

Communities in the Marange/Odzi region of Manicaland (Chimanimani, Marange, Buhera and Chipinge) have for long relied on the Odzi and Save Rivers for potable water, domestic chores, bathing, fishing and other ecosystem services such as reeds used for the basket making industry.

Irrigation schemes that draw water from the Odzi and Save Rivers in the Nyanyadzi, Tonhorai and Birchenough areas have been key to the sustenance of livelihoods of local Communities.

According to ZELA since the start of the diamond mining operations, the services that were derived from these rivers have slowly diminished as the water quality has progressively declined. “This is to such an extent that communities cannot use the water for drinking purposes anymore whilst coming into contact with the water and mud cause an itching of the skin,”ZELA says.

It adds that the use of ferro-silicon which is an alloy containing silica, iron, chromium, nickel, aluminium and calcium is suspected to be linked to the prevailing environmental problems. Downstream of mining activities the water has turned into a red ochre colour effectively affecting the health of the river system and ecosystem function.

“It is likely that the subsistence artisanal fishing that took place has been somewhat affected. There have been some studies on the Odzi River well before mining activities  but the sampling sites were situated well before the Marange area,” according to Mtisi.

The Odzi River is situated in the Save River basin, which is one of the seven basins/watersheds of Zimbabwe. It is the main river in the Eastern Highlands of Zimbabwe, where it originates at an altitude of 2500m in the Inyangani mountains.

According to ZELA, there are four mining companies operating in the Marange area namely: DMC, Mbada Diamonds, Anjin and Marange Resources.

ZELA has concluded in its  investigation that the water quality of the Odzi and Save Rivers in an area where there is diamond mining has highlighted serious environmental problems that need to be urgently addressed.

It says the Save and Odzi rivers were already in a vulnerable state before the mining activities began mainly due to problems of siltation from the communal areas.

The start of mining ventures is reported to have resulted in large volumes of silt-laden water being discharged into the rivers.

“The problem of silt from mine washings is not a difficult one to deal with if the will is there. The mines need to construct tailings dams which act as sedimentation ponds. They should then discharge the water into the tailings dam and allow sediment to settle,” ZELA says.   Its adds that the water can then be pumped from the tailings dams and recycled.

The investigators have revealed that the levels of suspended silt in the rivers means the water cannot be used for irrigation as this would cause damage to pumps and other irrigation infrastructure.

“It is not fit for consumption by livestock and humans. The fluoride concentrations in the water, especially where there is strong influence of mine discharges, is of serious health concern (causes bone and teeth diseases) and needs to be investigated further,” Mtisi says.

The organization says the second major problem that was clearly identified was that of chemical pollutants being discharged into the rivers after the washings were done.

It says according to the technology that is being used, the ferro-silicone must be recycled after the diamond extraction.

It is said to be not clear why this is not being done but the results confirm large amounts of ferro-silicone are also being discharged with waste water into the rivers resulting in the problems of itchy skin and unusable water for irrigation and domestic use.

The metal concentrations especially that of chromium which is carcinogenic (cancer causing), are of particular concern being close to or higher than W.H.O. standards for drinking water.

ZELA says the problems of bacterial contamination in the water are of serious concern and pose an immediate risk of outbreaks of waterborne diseases such as diarrhea, cholera and typhoid.

“Since it is not possible to gain access to the mining area and assess how mines dispose of their human waste, it will be prudent to make the assumption that they could also be contributing to the problem,” the investigators concluded.

It is also said to be obvious that the water quality problems in this region have far-reaching socioeconomic implications for the livelihoods of local communities and the mines must take full responsibility in accordance with the various legal instruments that protect the environment.

“There is need for a regular monitoring programme to be instituted to assess for seasonal changes in the water quality of these rivers,” according to ZELA.

According to ZELA’s Veronica Zano at a recent media workshop on promoting transparency and accountability in Zimbabwe’s extractive sector, her organization wrote to the mining companies concerned and only ANJIN responsed informing them on the need to practice sound environmental operations.

She also revealed that the study was conducted by ZELA in collaboration with the University of Zimbabwe (UZ) and a group of local scientists in Zimbabwe. Zano also revealed that her organization also lodged a case with the High Court of Zimbabwe which is still pending on the issue in a bid to protect the livelihoods of the affected communities. It now remains to be seen whether the interests of making money will overcome people’s health concerns.