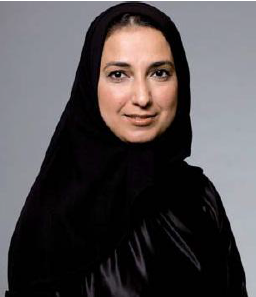 1) Can you give us some background on the Zayed Future Energy Prize?

The annual US$4 Zayed Future Energy Prize embodies the vision of the late founding father of the UAE, Sheikh Zayed bin Sultan Al Nahyan who laid the foundation for environmental, economic and social sustainability of the UAE. An annual award, the Prize is managed by Masdar, on behalf of the Abu Dhabi government and seeks to award achievements and innovation in the fields of renewable energy and sustainability, as well as to educate and inspire future generations.

The prize recognises individuals, companies and schools making a significant impact in the fields of renewable energy and sustainability. For more information on the prize, please visit www.ZayedFutureEnergyPrize.com

2) What are you most excited about currently in terms of Zayed Future Energy Prize projects?

The annual US$4 million Zayed Future Energy Prize is fast creating that much needed ripple effect around the world, from China to Mexico and from Germany to Tanzania. Over the past five years, the Prize has continued to award and reward the innovators of our time and we are excited about the impact of the Prize and how it is enabling the world to address our collective future energy challenges.

3) What opportunities do you see in Africa?
African countries are increasingly focused on the potential renewable energy offers to their economies. Egypt, Ghana, Madagascar and South Africa respectively have set ambitious renewable energy targets of 20%, 10%, 75% and 13% of national electricity production by 2020. Africa’s hydropower potential is estimated at around 1,750 TWh and its geothermal energy potential is estimated at 9,000 MW. Over 80% of the continent receives about 2,000 kWH per square metre of solar resources per annum.

Africa represents an important constituency for the Prize. Although some 90% of sub-Saharan Africans living in rural areas lack access to electricity, the continent is blessed with extensive renewable resources. We want to encourage governments, businesses, and civil society to spur economic growth and job creation through renewable energy targets.

4) What do you think are the biggest challenges to the South African / African energy market?

Africa’s population is expected to double by 2050, with a seven-fold increase in GDP if current trends are maintained. In order to provide universal access to electricity and sustain these growth rates, total energy production must double by 2030 from current levels, according to a recent report published by the International Renewable Energy Agency (IRENA). Electricity still remains the only sure route to economic growth.

While some 99% of North Africans have access to electricity, only 77% of people in South Africa do. This figure drops to 29% for sub-Saharan populations outside South Africa, according to IRENA.

5) What surprises you about this industry?
Zayed Future Energy Prize has been more delighted than surprised at the submissions and nominations increase of approximately 300 percent over the past five years and we see it as recognition of the value of the Prize.

Our previous winners have collectively reduced the plight of 140,000 displaced persons, provided hundreds of thousands of jobs and provided clean water and electricity to over 8 million people in villages and rural parts of Africa and Asia.

We encourage companies, individuals and schools from across the world to join us in solving the energy challenge and participate by submitting their applications before August 5.

6) Why did you decide to sponsor at Clean Power Africa?
Zayed Future Energy Prize is sponsoring African Utility Week and Clean Power Africa in Cape Town because Africa represents an important constituency for the Prize. I am delivering a presentation on the Zayed Future Energy Prize and will be emphasizing the benefits renewable energy can bring to African countries looking to sustain and broaden economic growth.

7) What will be the main message for the event delegate and visitor?

The Zayed Future Energy Prize will be emphasizing the benefits of renewable energy and what it can bring to African countries looking to sustain and broaden economic growth. The Prize administration will also, naturally, encourage companies, schools and individuals from Africa to submit for the Prize.

The time is right for massive investment in renewable energy across the African continent. Renewable energy technologies represented the most cost-effective solution for remote, off-grid areas and for extending electrification grids. Costs of solar photovoltaic have fallen by over 80% over the last two years to less than one US dollar per watt, with further price drops expected.

We should not forget that access to energy is particularly important for women, who have traditionally borne the burden of fetching water and cooking over open fires, with attendant respiratory health impacts and fire hazards associated with dirty fuels. The daily lives of these women and their families, is made immeasurably better if they can access clean energy for household needs. These are compelling benefits. I call upon leaders in renewable energy and sustainability in Africa to step forward for nomination this year as the benefits of renewable energy cannot be ignored.

About the Zayed Future Energy Prize: The Zayed Future Energy Prize embodies the vision of the late founding father of the UAE, Sheikh Zayed bin Sultan Al Nahyan who laid the foundation for renewable energy and sustainability as part of his legacy in sustainable development in the UAE. An annual award, the Prize is managed by Masdar, on behalf of the Abu Dhabi government and seeks to award achievements and innovation in the fields of renewable energy and sustainability, as well as to educate and inspire future generations.

For more information on the prize, please visit www.ZayedFutureEnergyPrize.com or email Serene Serhan at sserhan@masdar.ae

More information can be found on http://www.facebook.com/TZFEP or Twitter: http://twitter.com/zfep

· A brochure with further details is available at: https://www.zayedfutureenergyprize.com/resources/media/9185ZFEPHighSchoolFlyerFINAL.pdf