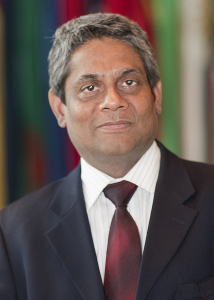 Much of the recent debate about climate change has focused on whether the rise in global mean temperature can be restricted to 2°C by 2050. It is not only among the most fiercely argued questions in the energy sector, it has also become a top table issue for world leaders. Key to the debate is the role of finance in building the infrastructure needed to achieve this key policy objective. So when the World Bank issued its striking “Turn Down the Heat” report in November last year, warning of the consequences of continued underinvestment in low-carbon infrastructure, the global alarm bells began to ring even louder.

While the report warned of the impact of a permanent 4°C rise, the Bank also outlined a way forward, setting out the sustained and coordinated policy action required, and reiterating its own commitment to tackling climate change. In 2012 alone, it committed $3bn dollars to low emission development, lent $7.1bn dollars to support mitigation and $4.6bn for adaptation programmes.

As S. Vijay Iyer, (http://www.worldbank.org/en/about/people/vijay-iyer) the World Bank’s Director of Sustainable Energy and Extractive Industries, explains: “As we pursue these climate change efforts, we are also tackling the Sustainable Energy for All goals on two fronts. The first is to work with those countries that face a steep (energy) access challenge. The second are efforts in what we call “high-impact” countries or initiatives, where there is potential to make very rapid progress on the other two goals, of doubling the rate of improvement of energy efficiency and doubling the share of renewable energy in the global energy mix.”

The Bank Group is currently engaged in identifying ways to leverage and scale up private investment to achieve the energy goals. It estimates that $45bn of investment is needed to meet the access-to-electricity goal globally, a figure that Mr Iyer stresses cannot be provided by the development banks alone.

In addition to promoting funding within countries, the Bank is also promoting energy efficiency initiatives in targeted cities.

“By 2050 almost 70% of all energy consumed will be in urban areas,” says Mr Iyer. “We can make these cities more resilient to climate variability and find ways to moderate the growth of energy demand. Regulating building design and moderating energy consumption through smarter appliances are both key.”

The Bank estimates in its Global Tracking Framework (http://www.worldbank.org/en/topic/energy/publication/Global-Tracking-Framework-Report) that 1.2 billion people are without electricity worldwide. Another 2.8 billion cook with biomass or use stoves that pollute the atmosphere and damage their health. Efforts to reduce this number need to be robust enough to outstrip the counter-pressure of global population growth, which rose by 1.6 billion between 1990 and 2010, even as 1.8 billion gained access to electricity during the same period.

”In reality we only managed to connect 200 million people over population growth,” says Mr Iyer. “Access rates have to grow more quickly to cover the 1.2 billion people who will be added between now and 2030. It’s quite a challenge.”

He notes that such an expansion of access to electricity would not have a significantimpact on the carbon footprint, regardless of how that electricity is provided. “At most, securing electricity access for 1.2 billion people will add less than 1% to global carbon emissions. Universal access is a development requirement, a first goal among equals,” he said.

In its Energy Sector Directions Paper, (http://www.worldbank.org/en/news/feature/2013/07/16/world-bank-group-direction-for-energy-sector) approved in July by the Bank Group’s Executive Board, the institution makes clear its coinciding emphasis on support for energy efficiency and renewable energy.

“Only in rare circumstances is the Bank willing to provide financing for greenfield coal power plants,” Mr Iyer noted, citing the paper. “We understand coal is an affordable way of providing electricity in some places, but it has severe negative impacts on local pollution, health and global climate. We will help countries develop affordable alternatives to coal, where feasible.”

The World Bank sees realistic alternatives to coal and is currently seeking to help countries develop their unrealised energy potential such as hydro.

“Less than 10% of Africa’s hydro power potential is actually being realised,” says Mr Iyer. “So we’re placing a lot of emphasis on responsible development of this resource.”

The Bank is also examining how to bring down cost barriers to the adoption of other clean technologies such as wind and solar power. With poorer countries facing trade-offs between accessibility and affordability, investment in renewable energy can seem a step too far.

By supporting the reduction of renewable energy costs, the World Bank understands that a balance between energy sustainability and affordability needs to be struck, while meeting the UN’s climate protection goals. But by scaling up clean technologies, the Bank believes, the cost of adopting them will decrease.

The World Energy Congress will be addressing sustainability, accessibility and affordability under the World Energy Council’s “Energy Trilemma” framework. Bringing together so many global leaders can help to foster a consensus on future development, which is a theme that strikes a chord with the World Bank.

‘It’s a collective responsibility,” Mr Iyer says. “We all need to see it that way.”

Vijay Iyer will be a panelist for the “Sustainable Energy for All: one year on” discussion at the World Energy Congress. He was speaking to Dorothee Andris.