The MENA region has been earmarked by the United Kingdom as a potential growth area for business. A huge part of the world that has long been ignored by too many Western economies, new efforts are being launched to support and inspire entrepreneurship in the Middle East and North Africa that could prove beneficial to all involved parties. 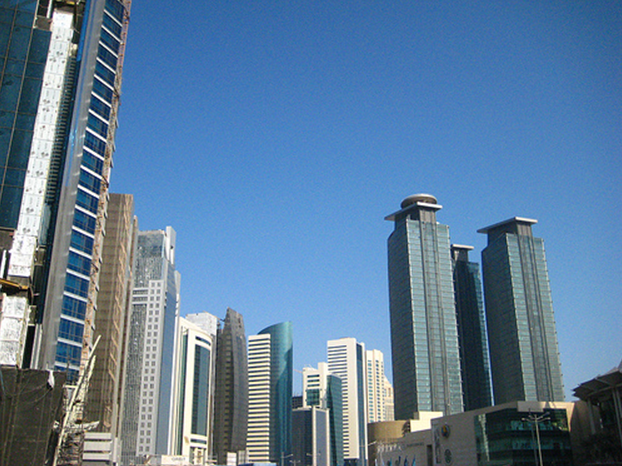 At last year’s World Islamic Economic Forum, British Prime Minister David Cameron announced that businesses across the Middle East and North Africa would receive £4.5 million to provide support to more than 600 SMEs across five countries suffering high unemployment including Jordan and Egypt. The funding was amplified by the Shell Foundation and it was hoped the money would lead to the creation of more than 15,000 jobs.

“Jobs and growth are critical to the stability of the Middle East and North Africa,” said Minister of State for International Development Alan Duncan upon the announcement of the fund. “We are pleased to be working with the Shell Foundation to create thousands of jobs that will contribute towards the stable economic environment needed for growth and prosperity in the region.”

The MENA region currently has a population of 381 million people and one of its smallest nations is currently being singled out as a potential hub of activity for the next few years. At a recent UK Trade and Investment conference, Gareth O’Brien, Director of UK Trade & Investment spoke on opportunities Qatar offered across all sectors, including architecture, engineering services and intelligent building systems. Qatar has proved a controversial choice to host the 2022 Football World Cup with accusations of corruption in the voting process and reports of poor working conditions on building sites as the small desert nation races to construct the stadiums required to host the event. Nevertheless, Qatar and the UK’s business relationship has always been strong and in the first quarter for 2014, UK export of goods was £662 million, representing a 67 per cent rise on the first quarter 2013 when the figure was £397mn.

“There is, of course, major work being done around the 2022 World Cup, with six new stadia and 70 training grounds being built,” said O’Brien. “The transport sector opportunities are related to key developments in Doha Metro (HVO) and national rail network, improving roads, and the new port and airport (opened just last month) with plans to serve 50mn passengers by 2030.”

While the MENA region offers much in terms of opportunity, there are many regulations, standards and cultural differences businesses must acknowledge before attempting to foster ties. For example, in some Islamic countries there are rules for banking that comply with Sharia law. The Koran forbids usury so, unlike Western firms, Islamic banks are interest-free. Speculative trading is also avoided.

UK expats considering a move to Qatar or other parts of the region for business purposes might well consider getting a business credit card with an international bank to aid them when carrying out transactions here.

Equal opportunities for women has also proved a strong point of development in the MENA region, as it has in many parts of the world. The UK Government has prioritised supporting women’s economic empowerment. £6 million will be provided to the Arab Women’s Enterprise Fund, which will be matched by the Islamic Development Bank.

The initiative is aimed at improving the competitiveness of women entrepreneurs in the Arab world, which currently has the lowest rates of female participation in the global labour force.

“Women are the engine of growth and it is not possible for a country to develop without investing in women,” said Gareth O’Brien. “We are delighted to be working with the Islamic Development Bank to design and implement exciting projects that will strengthen women’s economic contribution to the Middle East and North Africa.”

Overall then, the MENA region holds many opportunities for both small and large UK businesses looking to expand overseas, or start-ups with clear goals in mind. Qatar in particular is one to watch.