The COMESA’s Competition Commission (“the Commission”) today launched the COMESA Merger Assessment Guidelines. The adoption of the Guidelines notably creates a less burdensome and more predictable framework for businesses carrying out mergers in the COMESA region. 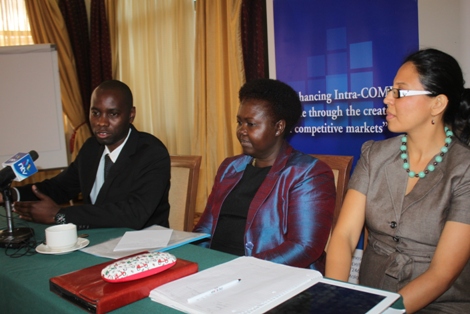 The Commission takes cognizant that mergers usually benefit the economy by expanding markets, introducing new products and encouraging innovation. They also allow companies to become more efficient, for example by reducing production or distribution costs. Increasing efficiency and innovation can lead to more competitive markets, a reduction in consumer prices and higher quality goods. This, therefore, requires the assessment framework that does not negate the benefits of mergers and other forms of acquisitions to the economy.

Until recently, investors active or interested in operating in COMESA region were notably constrained by the need for greater clarity over the conditions under which a certain merger raises an obligation to notify the Commission, the procedures and timeline associated with merger review, and the economic criteria used to clear or prohibit notified mergers. In particular, overly broad criteria triggering the requirement for merger notification meant that any transaction where at least one of the firms had even a minimal presence in two or more COMESA Member States would trigger an obligation to file a merger notification. Several transactions without major impact on the COMESA region would, therefore, have been captured especially those involving small firms. This necessitated one-on-one consultations between firms and the Commission to receive guidance and clarification, limiting the efficient use of the Commission’s resources.

The adopted merger guidelines not only aligns the merger assessment framework of the Commission with international best practices, but also helps to free -up resources of the Commission towards  investigation and sanction of only those mergers having a significant impact on the market as well as investigating anticompetitive behavior, such as cartels and abuse by dominant firms.

Willard Mwemba, Head of Mergers and Acquisitions, at the Commission, said the adoption of the Merger Assessment Guidelines marks the culmination of a period of close engagement and consultation with the private sector and Member State authorities on the region’s merger control regime. We are pleased to have been able to work with these partners to develop guidelines which provide investors and National Competition Authorities with greater certainty and clarity, and which improve the incentives of firms wishing to engage in business within the COMESA region”.

For Catherine Masinde, Head, East and Southern Africa, Trade and Competitiveness, World Bank Group, “the World Bank Group has been working with the COMESA Competition Commission with the objective of strengthening the efficiency of merger control policy in COMESA. The Merger Assessment Guidelines are an undeniable milestone of this collaboration. COMESA would benefit from continuing the process of reviewing the remaining challenges posed such as the merger notification thresholds and the seemingly high notification fees. It is also important to note that the World Bank and the Commission have already commenced the process of revising the principal Regulations to further strengthen the merger control regime”.

About the COMESA Competition Commission