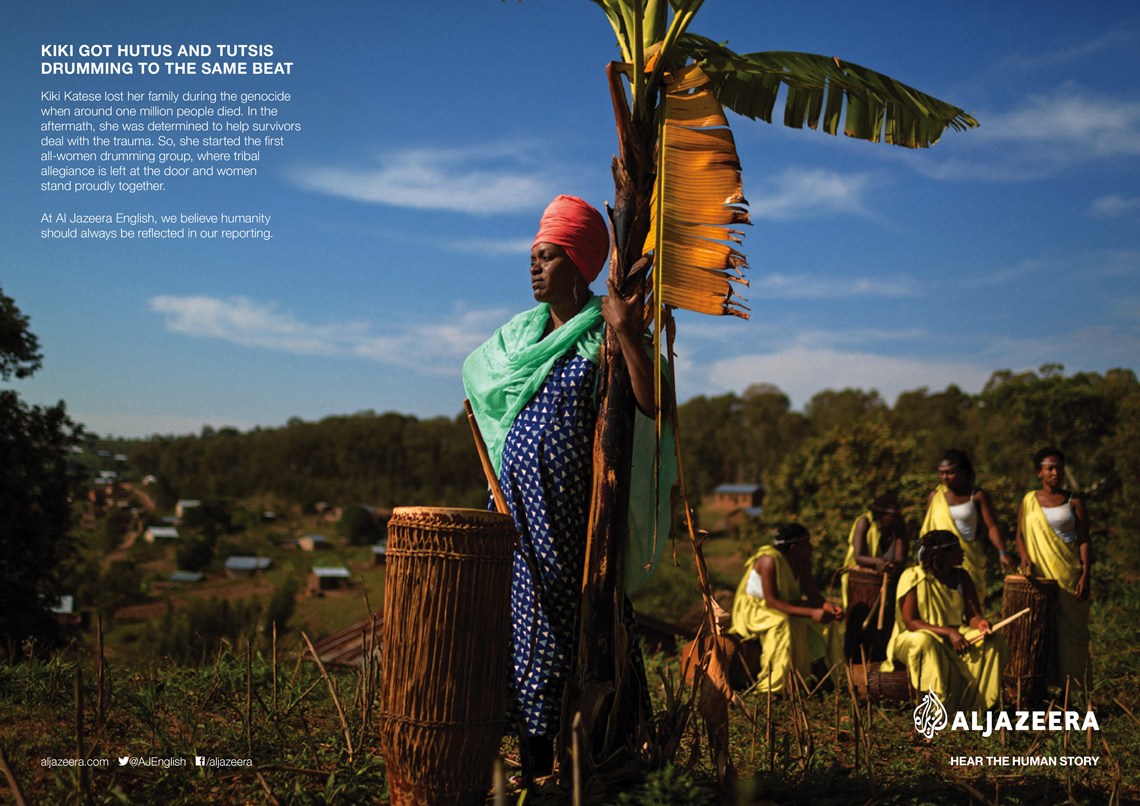 Al Jazeera English’s new brand campaign is its largest marketing push to-date. The slogan “Hear the Human Story” was unveiled at its global launch at Turbine Hall in Johannesburg, South Africa yesterday. Al Jazeera English has made a virtue of putting real people on its billboards and television commercials rather than its own star presenters and correspondents.

Al Anstey, managing director of Al Jazeera English, said that the channel covered all the big themes and issues facing the world today, but did so from the perspective of real people. “We believe everyone has a story worth hearing. There are seven billion people to listen to on the planet right now. Al Jazeera exists to cover the people often ignored. People whose voices must be heard – but who are so often neglected by mainstream media.

“Our editorial mission is to cover the world without a perspective. What that means is not seeing the globe through a geographical or cultural prism, by not weighting our coverage towards the West, the rich nations, or anywhere else. We cover the developing world as much as the developed. So a person in Bangui is given as much humanity as a person in Boston or Birmingham.”

Commenting on the choice of Johannesburg as the location for the launch, rather than the traditional financial centres favoured by other channels, Abdulla Alnajjar, Al Jazeera’s executive director for Marketing & Distribution, said: “In a world where the truth is everywhere under attack, Al Jazeera puts the human being at the centre of its news agenda, giving a voice to the voiceless. This campaign is about human stories and we’re proud that the global launch for the campaign is here from South Africa, a region rich with history and human stories.

“There is a common perception that the media are mainly interested in covering those in power, or the rich and famous. Our campaign gives a voice to the many people around the world who feel that they have been left behind.

“Our coverage is not only about portraying difficult situations – its about the triumph of the human spirit and the ability for people in the most difficult of situations to make a change. It’s on that foundation that we built this campaign honouring their lives and struggles. This campaign showcases incredible human stories and the humanity that unites us all.”

Some of the people featured in the campaign include Kiki Katese, who started a group of female drummers in the aftermath of the Rwandan genocide; the Gulabi Gang, the extraordinary Indian women who clubbed together to fight violence against women; and Illac Diaz, who brought lighting to slums in the Philippines using plastic bottles.

Al Jazeera English also point out that they aired a film about Malala Yousafzai, the Nobel Peace Prize-winning teenager who campaigns for the right of girls to go to school, two years before she hit the headlines when she was shot by the Taliban. “We have extraordinary people like Malala on our screens every single day. Their stories are inspiring and must also receive attention,” said Anstey.