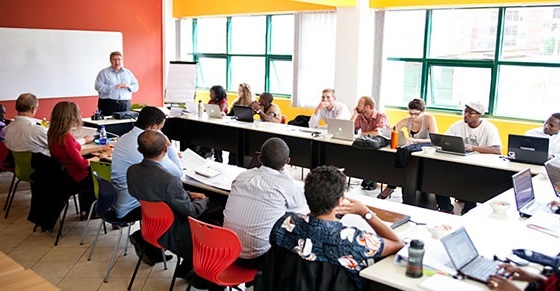 Entrepreneurialism is alive and well in Africa. A quick glance at the subjects covered in some of it’s daily news websites and you’ll see a prolific stream of initiatives and names of Africa-based individuals and global corporate backers. Indeed Africa has long been known for it’s prolific mobile telephony networks and it’s advancing large scale agricultural industry.

It’s on the former that Angolan-born philanthropist and entrepreneur Dr Alvaro Sobrinho believes there is a bright future: “Alongside the national African governments, the big international organizations, particularly UNESCO and the World Bank, are certainly important players. International businesses, such as Nokia and Vodafone have also been heavy early investors in the projects and programs already running, as has the telecoms industry association the GSMA. There are also lots inspiring independent initiatives, such as the new SmartWoman Project.

In the future, I hope to see more local ownership and more involvement from the emerging start-up technology scene in Africa. The boom in African tech/innovations hubs is supporting entrepreneurs and new wave of local technology-centric businesses – I hope these hubs will play an increasingly large part of all mobile developments on the continent, including education.”

Trustee of UK & Rwanda-based charity Planet Earth Institute, Alvaro Sobrinho has his own interests invested in Africa as he triumphs a scheme to help bring up new entrepreneurs through his own initiative and investments in PHD centres on the continent:

“To me, scientific independence means having science, technology and innovation embedded in government policies alongside resourced and empowered institutions, including universities. It means the ability to produce – and keep! – many more brilliant scientists and to have science in the societal consciousness as a public good for us all.

Scientific Independence will be achieved when Africa is using innovation and research to move from knowledge consumption to knowledge creation, impacting every part of our daily life, from better healthcare systems to smarter food storage or agriculture.”

One of the latest developments in the African entrepreneurship scene is the Green Pioneer Accelerator Program, a start-up programme that has been launched to help green entrepreneurs find investment for their business ideas and to facilitate the development of entrepreneurial spirit among African innovators. Applications for funding are currently being accepted, and the programme will launch in January 2015.

There’s also Africa’s Young Entrepreneurs Empowerment Nigeria, an initiative that hopes to identify Africa’s next generation of entrepreneurs with a focus on job creation and self-reliance. This initiative has called out to African would-be entrepreneurs aged 18 to 45 who need initial capital to launch their business venture or who need to polish their business skills. The scheme will offer participants the chance of establishing global connections through its Web Business Campaign platform.

In a recent article, Ventures Africa highlighted the case of one of Africa’s best-known entrepreneurs, 33 year-old Ugandan Ashish Thakkar (who also happens to be Africa’s youngest billionaire). He urged future entrepreneurs to focus on getting things right from the start, rather than on worrying exclusively about funding. During the September launch of his new web application, Thakkar stressed the role that effective mentoring plays in successful entrepreneurship efforts. His speech revolved around the concept of entrepreneurship as a culture that has its own values (mutual support being one of them). Thakkar has certainly led by example, as in 2009 he founded the Mara Foundation, an organisation that aims to provide strategic support that drives entrepreneurial growth in Sub-Saharan Africa through multiple funding and mentoring schemes.

The female side of African entrepreneurship

In September 2014, Forbes devoted an article to some of the most up-and-coming young female African entrepreneurs. The article opened up with a short bio on Ghanaian Winifred Selby, who has already been shortlisted for this year’s Cartier Women’s Initiative Award thanks to the success and originality of her business idea. Selby founded AfroCentric Bamboo, a firm that builds and sells bamboo-made bicycles.

Nigerian Elizabeth Kperrun is another example of success. She made her incursion in Africa’s booming mobile technology sector by launching Lizzie’s Creations, a tech company that specialises in the development of mobile educational applications targeted to African women and children. And then there are organisations like She Leads Africa, which support female entrepreneurship through various research-led initiatives.

In view of the above, it seems clear that the African entrepreneurial spirit is certainly alive and ready to tackle any challenges that the future may bring.

Written by Tim Aldiss on behalf of the Planet Earth Institute.