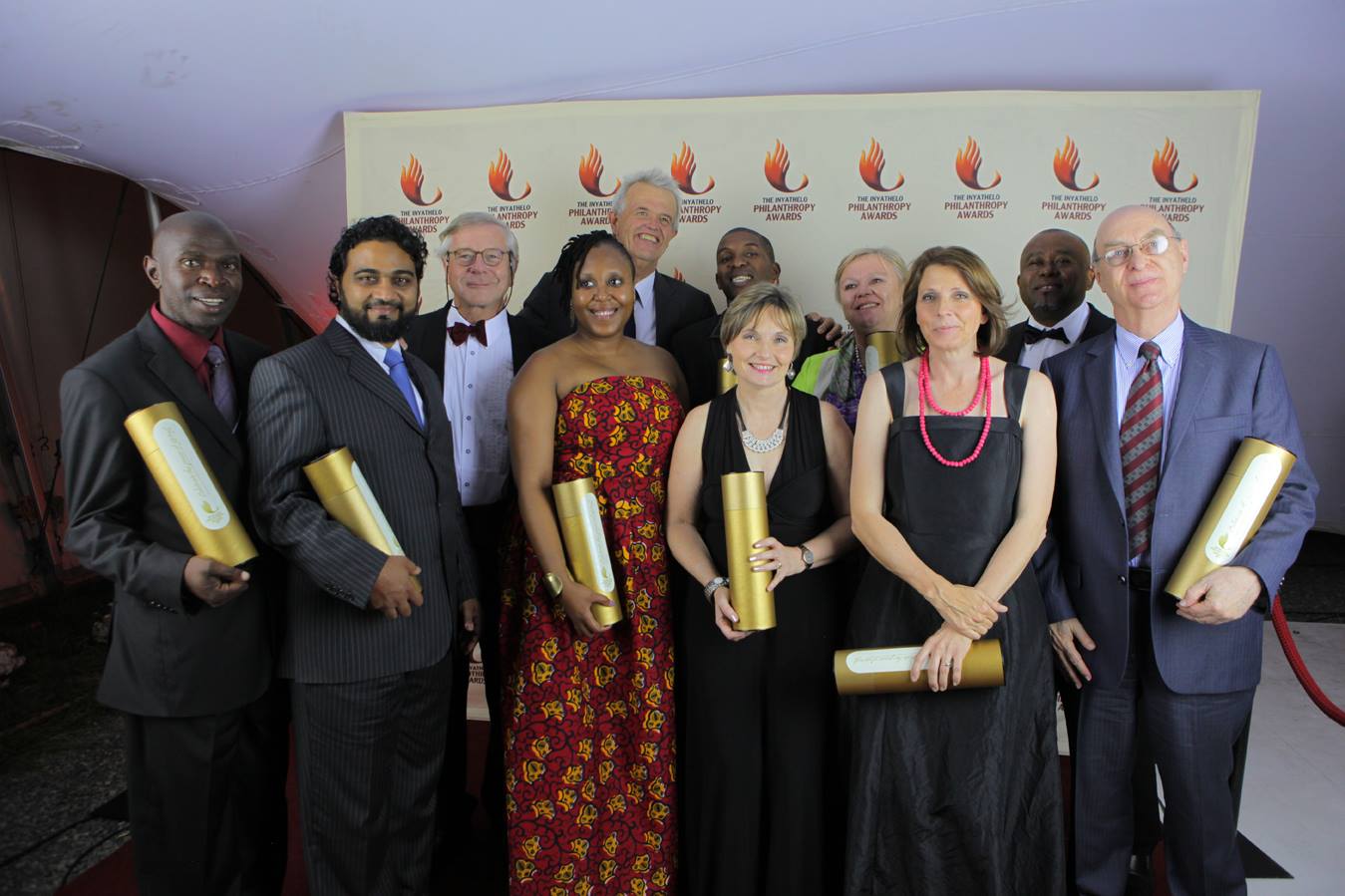 Twelve extraordinary individuals have been honoured at the prestigious annual Inyathelo Philanthropy Awards, including a couple of friends who set up an organisation to support refugees and asylum seekers, the founder of the ‘Spread the Luv Movement’ and Jack Ginsberg, a passionate supporter of South African contemporary art. The gala event, which took place at the Zip Zap Circus Dome in Cape Town tonight (Thursday 6 November 2014), was initiated by Inyathelo: The South African Institute for Advancement eight years ago to acknowledge, celebrate and honour those whose personal giving has contributed towards sustainable social change in our country.

The following individuals were presented with awards:

Founding Directors of the Adonis Musati Project for refugees, Gayle McWalter and Gahlia Brogneri, were the recipients of the 2014 Inyathelo Award for Social Justice Philanthropy.

Passionate supporter of South African contemporary art and Founding Patron of The Ampersand Foundation, Jack Ginsberg, was the recipient of the 2014 Inyathelo Award for Philanthropy in the Arts.

Co-Founder of the ‘Spread Luv Movement’, Kgomotso Mokoena, received the 2014 Inyathelo Award for Youth in Philanthropy.

Founder and President of the DAD Fund to nurture young leaders, Lyndon Barends, was the recipient of the 2014 Inyathelo Award for Philanthropy in Education.

Founder and Director of Hlumelelisa for convicted offenders, Paul Bruns, received the 2014 Inyathelo Award for Philanthropy in Rehabilitation and Job Creation.

Champion of orphans and vulnerable children in Durban, Mohamed Fayaz Khan, was the recipient of the 2014 Inyathelo Award for Philanthropy in Child Welfare.

Founders and funders of the after-school education programme HELP, Anna-Marie and Jan Kaars-Sijpesteijn, received the 2014 Inyathelo Philanthropy Award for Support in Education.

And for his multi-million rand contribution to promoting social justice, better healthcare and human rights in South Africa, Founding Chairman of The Atlantic Philanthropies Charles Feeney is the recipient of the 2014 Inyathelo Lifetime Philanthropy Award for Giving While Living.

Inyathelo Executive Director Shelagh Gastrow says all of tonight’s awardees demonstrated initiative and leadership, using their personal funds in a strategic way to make a difference. “Philanthropy is dependent on the interest, passion, commitment, generosity and foresight of individuals like those we have honoured tonight. Our awards seek to inspire others to give by recognising the incredible role models amongst us. Individual giving can be the largest source of donor money in South Africa and philanthropists play a critical role in effecting real systemic change as they are able to support more innovative and often unconventional solutions to our numerous social, environmental and economic problems,” explains Gastrow. 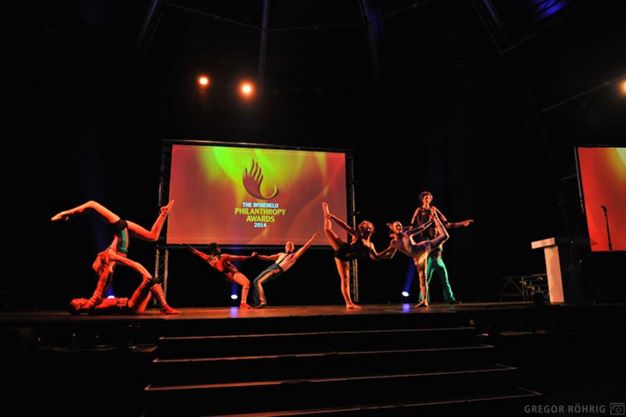 Refiloe Seseane, a past Inyathelo awardee and former TV soap star who started the organisation 18twenty8 to empower young women, hosted the awards and the Zip Zap Circus School provided the magical, and on occasion heart-stopping entertainment. The Chairperson of Zip Zap, Victoria Nel, last year received an Inyathelo Award for Philanthropy in Youth Development. Zip Zap uses circus arts as way of developing young people who are at risk by giving them access to opportunities and skills which will help them grow into young leaders and ambassadors for South Africa. 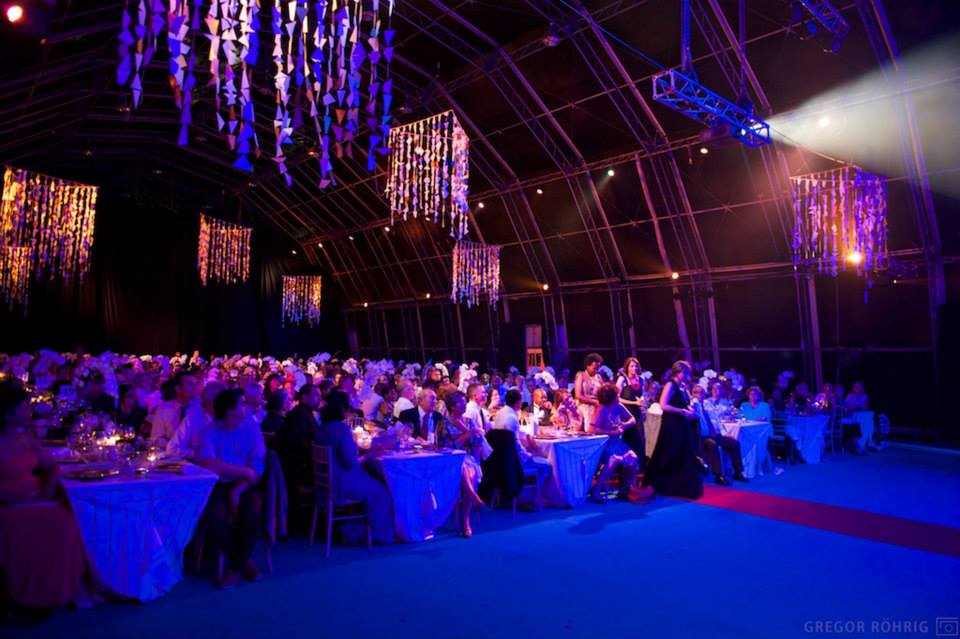 Gastrow says she is delighted that the remarkable contribution made by Founding Chairman of The Atlantic Philanthropies Charles Feeney to South Africa’s democracy was acknowledged at the Awards. “Atlantic has served as a key partner for education, health and human rights organisations in our country. Led by the late Gerald Kraak, Atlantic’s giving in South Africa was strategic and impactful, creating a community of individuals and organisations committed to democracy. The closure of Atlantic’s activity here is a challenge to local philanthropy to step into the breach and to move away from working within a charitable paradigm towards targeting initiatives that bring about systemic change,” says Gastrow. 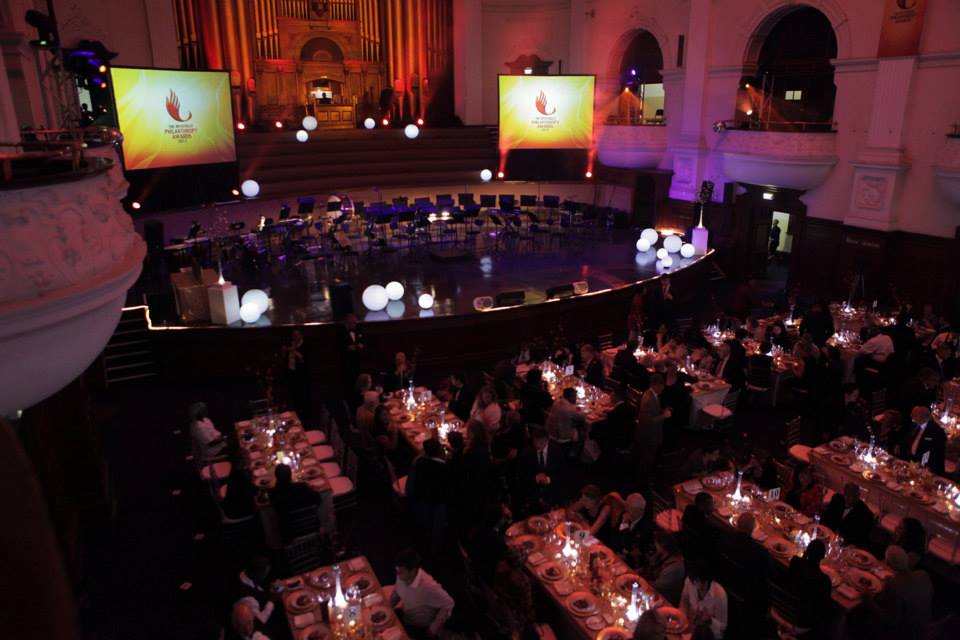 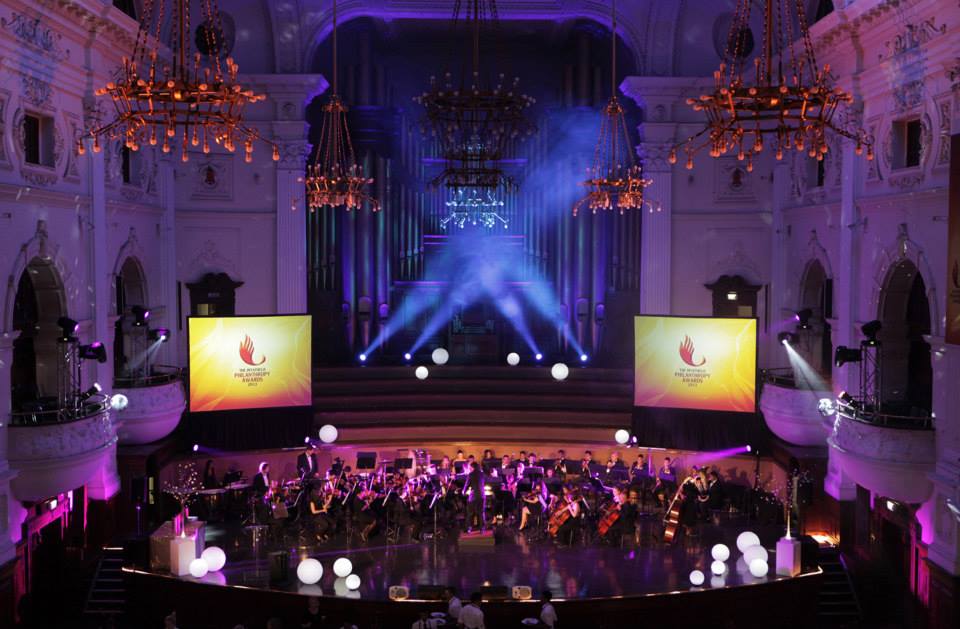 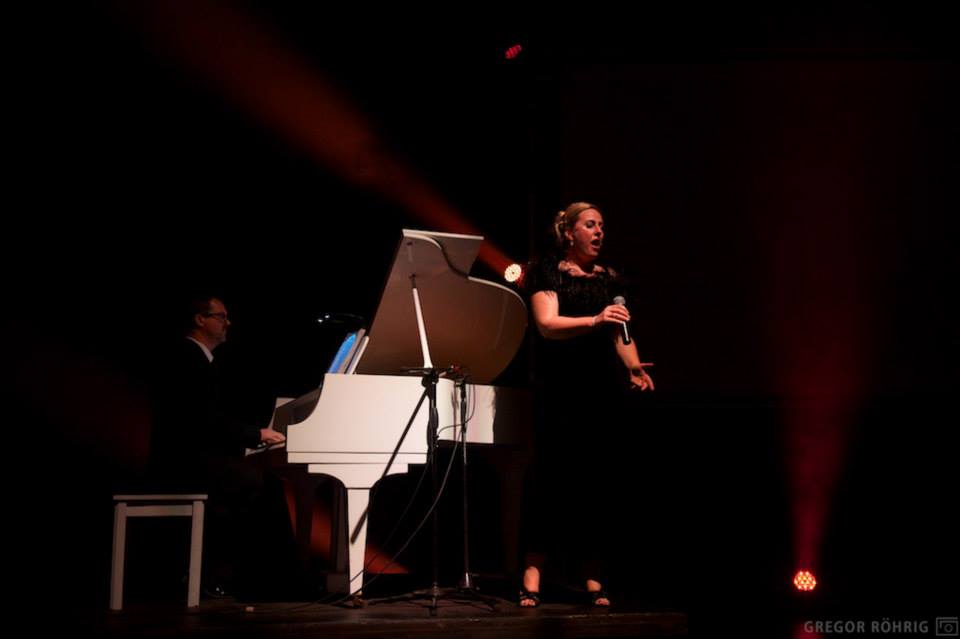