The African continent continues to attract the interest of global investors, developers and operators searching for growth. While there are short term concerns in some of Africa’s regions, the opportunities abound for infrastructure investment and development. Infrastructure spend in the region is projected to reach $180bn per annum by 2025, according to PwC’s ‘Capital Projects & infrastructure in East Africa, Southern Africa and West Africa,‘ report issued today (http://www.pwc.com). 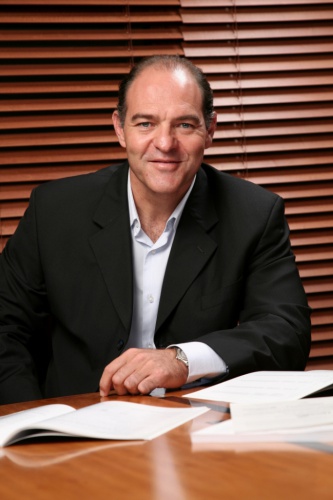 More than half of respondents indicated that their planned spending on infrastructure – both new projects and refurbishment of assets – would increase by more than 25% from the previous year. They said much of their spending would be focused on new development, with 51% of all respondents planning to spend more than half of their budgets on new assets. Respondents from West Africa were especially bullish, with 58% planning an increase of more than 25% in spending, followed by those in East Africa (53%) and Southern Africa (40%).

Jonathan Cawood, Capital Projects & Infrastructure Leader for PwC Africa, says: “The shallow economic recovery in most developed markets has shifted the focus to faster-growing regions. This is also true for the infrastructure development sector.

“With an abundance of natural resources and recent mineral, oil and gas discoveries, demographic and political shifts and a more investor-friendly environment, the investor spotlight shines brightly on Africa.”

Interviews were conducted among 95 key players in the infrastructure sector, including development finance institutions, private financiers, government organisations and private construction and operations companies across East, West and Southern Africa. The sectors surveyed included water, transport and logistics, energy, mining, telecoms, and real estate, with the main focus being on economic infrastructure.

Highlighting the different stages of development and uniqueness of each country, the report provides insights into the world of infrastructure delivery across African countries and regions in sub-Saharan Africa (SSA). It showcases the drivers for success, the current thinking and challenges stakeholders are experiencing within the region.

“While respondents are clearly committed and optimistic about the continent’s infrastructure development, there are a number of obstacles they recognise must be dealt with. Resolving these quickly and creatively will not only positively affect their current projects, but more importantly, will attract other project developers, owners and investors to enter the African market,” says Cawood.

Despite its slow growth, South Africa remains the powerhouse of the SSA region with the most sophisticated infrastructure, state-owned entities, financial services, telecommunications, regulation and greater industrial and sector capacity.

Overall the top three challenges in delivering capital projects across Southern Africa are: the availability of skills (47%), a lack of internal capacity among state organisations to plan, procure, manage and implement capital infrastructure projects (43%), and the impact of political risk and government interference during project lifecycles (40%). “With a number of concessions having been cancelled by governments in the region, an improvement in transparency, regulation and procurement is needed to help restore the confidence of foreign investors in partnership models,” adds Cawood. Access to funding was raised as a concern (33%), as was policy and the inhibiting regulatory environment (27%).

Many projects across SSA have been affected by the lack of funding or insufficient funding. Funding from sources such as sovereign wealth funds, bonds and pensions funds is becoming increasingly important, but these types of investors are typically more interested in projects that are fully operational and tend to shy away from greenfield projects and their construction risks.

China has made numerous investments across SSA to support its need for resources. Japan, India and other Asian countries are also investing in infrastructure often linked to resources on the continent. Funding from local players is also increasing significantly.

With many governments and heir agencies reaching debt ceilings, funding models are gradually changing in Africa and respondents expect public-private partnerships (PPPs) to become more prevalent. More respondents in Southern Africa than other regions expect projects to be fully funded internally or through government funding. On the other hand, respondents in East and West Africa are counting on a mix of private-sector and government financing.

“Stability coupled with greater regional integration and cross-border cooperation is essential for the successful economic development of Southern Africa. The region is clearly on a strong growth trajectory but better project selection and preparation, tighter collaboration and improvement in trust are required to ensure sustained development,” says Cawood.

Managing the construction process with the right level of control, oversight and commercial skill is critical. The PwC report indicates that more than 80% of project delivery failure is due to non-technical issues caused by poor communication, lack of clear roles and accountability and a weak paper trail of decisions, variation orders and reporting.  “We talk of three lines of defence that boards and management should ensure are in place for all large construction projects. These are, project controls, project reporting and independent oversight,” says Mark Ally, PwC Capital Projects & Infrastructure Partner.

While all projects are susceptible to going off track and experiencing costly delays, some are more vulnerable, such as those involving new technologies, dependent on regulatory and environmental approvals and those in remote or politically unstable regions or where skills are in short supply.  Nearly half (47%) of survey respondents said they experienced delays of more than six months on capital projects. Those in East Africa suffered the most delays of greater than six months, while those in Southern Africa said the largest number of delays were between one and six months.   There are many examples in the world and few in South Africa where projects have come in more than two years late and more than double original budget estimates.

Mohale Masithela, PwC Partner in Capital Projects & Infrastructure Financing says: “The need to improve infrastructure to drive economic development is undisputed. The survey makes it clear that the availability of funding is a common and critical challenge. However, private capital does not track needs, it tracks opportunities. To ensure the need for infrastructure is viewed as an opportunity to provide capital by funders, some of the other challenges identified in the survey such as political risk, policy and regulatory clarity and the availability of appropriately skilled resources must be addressed.”

South Africa and Nigeria have the most ambitious infrastructure programmes and together make up almost 60% of the spend across SSA.  Kenya follows as the third largest in planned spend.  Transport and Utilities (including power/energy and water) will account for approximately 70% of this spend in Southern Africa.

Cawood concludes: “Infrastructure plays a key role in economic growth and reducing poverty having a 5-25% per annum return on investment as an economic multiplier.  Those countries that have been most successful in developing and maintaining infrastructure have established programmes of prioritised investment opportunities with a number of features, including clear political support, a proper legal and regulatory structure, a procurement framework that can be understood by both procurers and bidders, and credible project timetables.

“These country programmes eliminate key frictions such as long project lead times, clarity around funding and procurement strategies and to some extent reduce the risks of political term of office changes.”