The West African Power Industry Convention (WAPIC), held recently in Lagos, Nigeria, smashed all attendance records, attracted many power industry heavyweights, celebrated the successes of the power sector privatisation but also openly discussed the challenges the region is facing with regards to its energy demands.

In welcoming delegates to the opening keynote session, Nigeria’s Minister of Power, the Honourable Prof Chinedu Nebo, noted that the 11th annual WAPIC conference and exhibition was timely as it was “the first of its kind in the post-privatisation period in the country”. Heirs Holdings CEO Tony O. Elumelu also addressed the opening session.

Says event director Claire O’Connell: “we had very high expectations for this year’s WAPIC but even our predictions were exceeded. We had a record 350 attendees at the opening session and our overall attendee grew by more than 56% to 1350, compared to 865 last year. Our exhibitor numbers more than doubled to 286, as did the media contingent that attended and covered the event. All in all, a ground breaking success!” 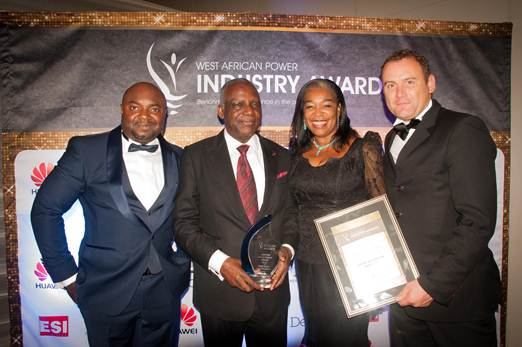 “However”, says O’Connell, “the overarching message from keynote speakers is that the privatisation exercise would be ‘more glamorous if we had power’ and that this robust sector cannot perform optimally without a robust transmission and distribution network. The panellists spoke openly about the problematic limited availability of gas which is undermining power generation, but discussions ended on a positive note that it is now up to us to create the right environment for foreign direct investment.”

West African Power Industry Awards
More high-level power industry pioneers were seen during the event at the inaugural West African Power Industry Awards where Dr. Ngozi Okonjo-Iweala, Nigerian Coordinating Minister for the Economy and Minister of Finance, former Nigerian Power Minister Bart Okechukwu Nnaji and Ughelli Power were some of the popular winners. The award for Outstanding Woman in Power was presented to Dr. Ngozi Okonjo-Iweala, Prof Nnaji was honoured with the Lifetime Achievement Award while Ughelli Power won for the Power Transaction of the Year.

Industry support
The 11th edition of this long running conference and expo also enjoyed overwhelming support from the industry. The global networking and telecommunications giant, Huawei, was the exclusive diamond sponsor for WAPIC. Other leading industry names such as the Nigerian IPP Genesis Electricity Limited (GEL) and Aiteo Power Generation and Distribution Company were platinum sponsors for the event.

The West African Power Industry Convention is organised by Spintelligent, leading Cape Town-based trade exhibition and conference organiser, and the African office of Clarion Events Ltd, based in the UK.