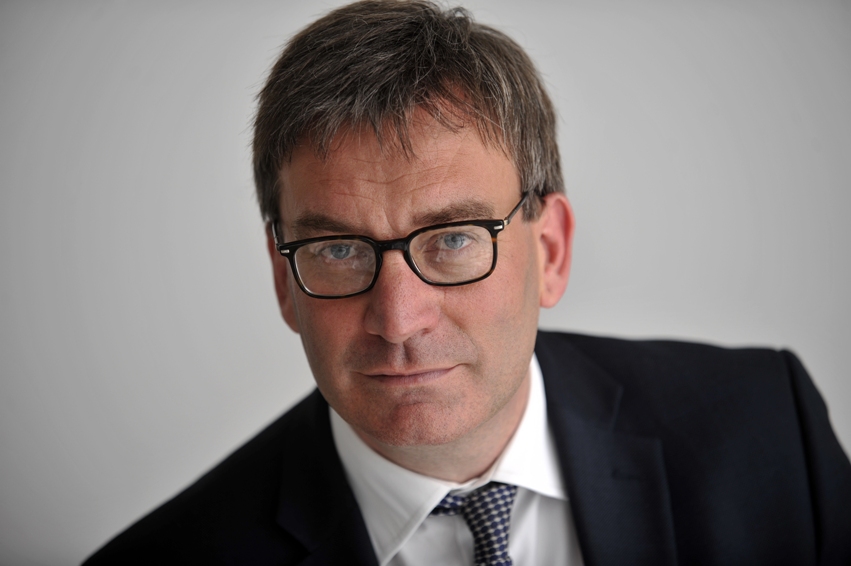 Richard Fenning is the Chief Executive Officer of Control Risks (www.control-risks.com). Richard joined Control Risks in 1993 and was head of the firm’s New York office from 1997-2000. He was appointed Chief Operating Officer in 2001 and CEO in 2005.

Richard is a frequent speaker on how geo-political risk can impact on a company’s operations and on the role of the private sector in fragile and post-conflict states. Recent engagements include the Economist Summit, The Oxford University Union, The International Economic Forum of the Americas, FT Emerging Markets Forum, Harvard Business School, Gibs Business School in Johannesburg and Sciences Po. In addition, in 2007, he was called to contribute to a congressional oversight committee in the United States and to a foreign policy commission in the United Kingdom.

Richard has an honours degree in Modern History from the University of Bristol in the United Kingdom and in 2004 attended the Advanced Management Programme at INSEAD business school in France. He is an ambassador of emergency medical relief charity, Merlin and sits on the Advisory Panel for Durham University’s Global Security Institute.

Q. As a Risk Specialist what are the common risk factors in doing business with Africa?

‘Africa represents a highly varied risk environment. But as frontier markets experiencing unprecedented commercial interest and population growth, we do see some common risk themes emerging. Rising levels of foreign direct investment are strengthening the economic base of many countries. Yet frequently the legal and institutional framework required to facilitate business growth lags behind investor expectations. Accordingly, a lack of institutional capacity and excessive bureaucracy can slow key business processes while more serious political risks such as corrupt demands, political interference in strategic projects and arbitrary interpretation of opaque legal frameworks present prominent challenges in some jurisdictions.

Political interference and nationalist policy-making is being partly driven by governments’ growing awareness of their accountability to their citizenry as burgeoning youth populations clamour for change and progress. This trend can place strains on the political status quo in some volatile or crisis-afflicted jurisdictions. Equally, it contributes to challenges faced by companies in their local community and labour engagements, particularly in the extractives sector. Social and political dysfunction have also contributed to high crime rates and emerging militant threats in parts of the continent but these threats are highly nuanced. While pockets of worsening insecurity are certainly present – notably in areas of the Sahel-Sahara afflicted by Islamist militancy – the security environment in many parts of the continent is eminently manageable.

Q. What methodology would you like to suggest for an Indian company willing to invest in Africa?

‘Indian companies are well positioned to explore opportunities in Africa provided management teams are prepared to adapt to the challenges and complexities of the local market on the continent. Having identified a commercial opportunity, it is essential for businesses to conduct an initial market-entry risk assessment so that they can make an informed decision on the viability of a venture. A typical approach would consist of three core components: an initial evaluation of country-level and sector- or project-related threats; an assessment of vulnerabilities in light of this local threat context; and finally the elaboration of a risk treatment plan which coders what internal systems, staffing and mitigation measures need to be put in place to manage risks to the business.

Within these three stages, there are requirements to consider a broad range of strategic and operational risks, frequently drawing upon different departments or skill-sets. Furthermore, a comprehensive risk treatment plan should have a far-reaching remit, encompassing everything from due diligence requirements on local partners to government relations development plans and crisis and security planning. Accordingly, it requires buy-in from multiple departments to ensure that risks are responsibly managed in a matter that enables the business to grow in a safe and responsible manner.

Q. You have been advising companies in their investment ventures across the world. Is the African market the most difficult and risky for the companies compared to other destinations? If so, does this also apply in the case of other investors from US, China, Europe, etc.

‘When benchmarked globally, Africa is certainly one of the most complex and challenging markets in the world. This has long been reflected in our annual Risk Map publication which compares political, integrity and security risks worldwide. Nevertheless, slowing growth and higher competition in other parts of the globe, combined with a reduction in red-flag risks across many parts of Africa, is resulting in unprecedented investor interest across the continent. Businesses are proving increasingly willing and able to adapt their operations to the challenges of the local market. We have seen a growing out-reach into frontier markets from our client base and this reflects both growing opportunities and higher commercial risk appetite.

The nationality of a company can have a bearing on its risk exposure (as well as frequently contributing to its risk appetite). However, this picture varies on a country-by-country basis. There is growing competition for resource and market opportunity in Africa, which has added to the importance of developing commercial and diplomatic relations with key markets. But hostile or arbitrary treatment of companies from a particular jurisdiction is generally isolated to a handful of instances.

Q. How can organizations, like yours, help businesses in solving these problems?

‘Companies can draw considerable value from drawing on the expertise of independent consultancies which are both familiar with the risk environment in local markets and have the institutional experience to advise on managing these risks. Control Risks has developed a truly global footprint with offices and staff who are both specialised on regional markets, and in advising on different aspects of risk. Our ability to synergise management of political, integrity and security risks enables us to handle some of the most complex tasks. In the vast majority of cases, this risk management support is about enabling clients to succeed in complex or hostile environments, rather than stymieing the pursuit of commercial opportunity.’

Q. Your comments on the Conference “India – Africa: Investing in the future”?

The conference was an excellent platform for African diplomats and business people to showcase their growing markets as practical and viable investment and business destinations to Indian firms and investors. Getting representatives from almost the entire continent under one roof was a commendable task and I’d like to congratulate ASSOCHAM for their vision and effort. It was encouraging to note that African governments are taking important steps to reduce operational hurdles that can often hinder investment. The growing interest that Indians have in Africa is clearly demonstrated in the increasing levels of investment and risk management support that Control Risks is providing to Indian firms in Africa. What has also changed for us of late is that we have been seeing a steady increase in inquiries from Indian firms regarding African countries and that, unlike previously, these are all serious players and not window shoppers.