The first wind and solar pilots can leverage cost energy savings of up to 20% on a group level.

In February, two major announcements triggered huge interest in the topic of renewable energy and mining. Sandfire Resources have declared their intention to build a 10.6MW PV plant at their DeGrussa copper mine in Western Australia. The project would be approximately 10 times as big as the largest existing solar–diesel hybrid power plant in the mining sector. Just a week later, South African-focused Sibanye Gold announced plans to build a 150MW solar plant to gain control over their energy costs, which make up 20% of their total costs. It can be expected that this is only one step in a major shift toward renewable energy application in the mining sector.

A similar picture comes from other industries. IKEA, Google, Apple, Facebook, Microsoft und Amazon have recently backed some of the world’s biggest solar and wind projects. More and more industrial off-takers contribute to producing a part of their own energy. 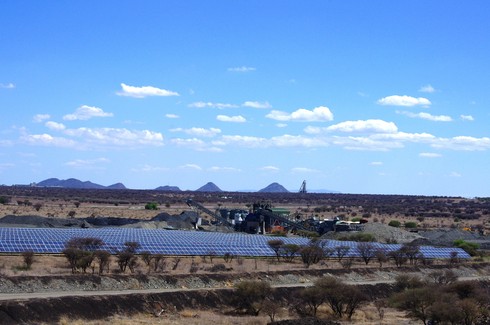 The new THEnergy study “Renewable Energy as a Leverage for Mining Companies in Negotiations with Utilities and Diesel Suppliers” is based on 32 interviews with experts from the mining, financial and renewable energy sectors. It shows that many mining companies are not satisfied with their energy supplier. Oil prices and coal prices have fallen to a six-year low. However, many mining companies do not see this on their energy bill. The fallen oil and coal prices are very often not fully passed on to industrial off-takers. A second reason, which is mainly valid for Africa, parts of Asia and South America, is that the energy supply is not very reliable. In these regions, grid-connected mines have to deal with frequent load shedding or power outages, which are very critical for many mining processes. Further reasons include long waiting periods for grid connection and missing customer orientation of many electrical utilities and diesel suppliers. These factors reflect the mining companies’ discontent with their current energy providers.

In many countries the market structure, above all in the utility sector, is rather monopolistic and characterized by a low degree of competition. In this context, renewable energy providers break up the market and can offer interesting alternatives. The THEnergy study shows also that mining companies can improve their negotiating position considerably by backing renewable energy projects. It is estimated that mining groups can improve their electricity prices by up to 20% and their diesel prices by up to 15% after they have built their first wind and solar pilot projects. They do not necessarily have to finance the plants by themselves. In general, a number of external investors are in a position to offer power purchase agreements based on renewable energy to mining companies, and to finance solar or wind installation directly at off-grid mining sites (see previous THEnergy study). 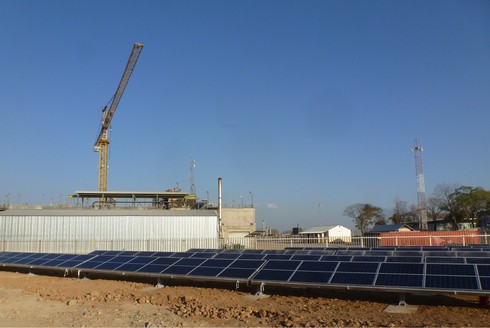 “Wind and solar energy have not only become cost competitive with conventional sources of energy, but at the same time they boost the negotiating position of mining companies towards their current energy suppliers,” explains Dr. Thomas Hillig, founder of THEnergy. “Mining companies who understand this potential will not wait very long with building their first wind and solar pilot plants.”

THEnergy assists companies in dealing with energy related challenges. Renewable energy companies are offered strategy, marketing and sales consulting services. For industrial companies THEnergy develops energy concepts and shows how they can become more sustainable. THEnergy combines experience from conventional and renewable energy with industry knowledge in consulting. In addition to business consulting, THEnergy is active in marketing intelligence and as an information provider in select fields such as renewables and mining through the platform www.th-energy.net/mining.

The study can be downloaded at: http://www.th-energy.net/english/platform-renewable-energy-and-mining/reports-and-white-papers/