The Islamic Corporation for the Development of the Private Sector (ICD) (http://www.icd-idb.com), the private sector arm of the Islamic Development Bank Group, signed today with the Free Zone Authority of Nouadhibou a technical assistance agreement to support the expansion of the fishery sector in Mauritania. 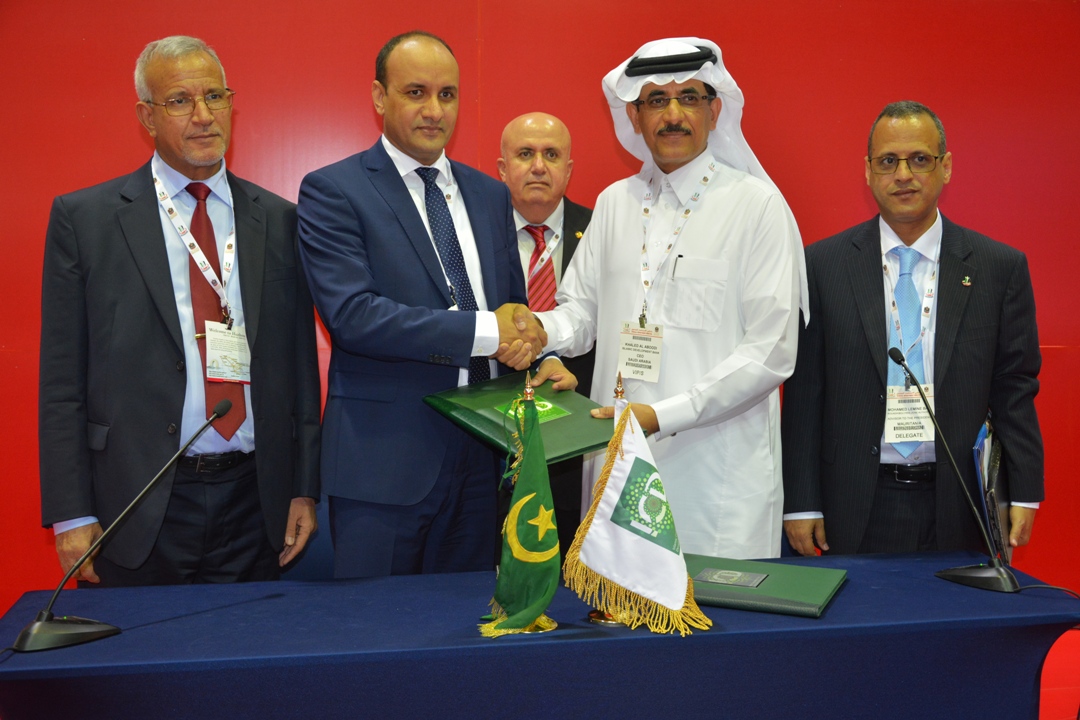 Plans for the ICD and Authority to study the establishment of institutional and operational structures in the fishing sector with the view of strengthening the country storage capacity in the bay of Nouadhibou and climb up the global value chain. Both sides will also work to explore all promising investment opportunities that could be bankable for the sake of developing the sector. As the advisor, ICD will coordinate the delivery of project preparation studies related to the project.

After signing the agreement, Mr. Khaled Mohammed Al-Aboodi, the Chief Executive Officer of ICD, commented: «This agreement is part of a comprehensive engagement, which started back in 2013 when ICD assisted Mauritania in developing the Special Economic Zone Regime in the city of Nouadhibou and set up the Free Zone Authority. Soon we will start with the capacity-building component of the Authority in partnership with the Aqaba Special Economic Zone and this new project preparation brings us a step further with the actual development of the free zone productive capacity”. He added: “We have mobilized a certain number of partners again, including the Turkish cooperation and coordination agency and IDB group’s entity. We hope this is the start of a long and successful cooperation”

For his part, His Excellency the President of the Free Zone Authority of Nouadhibou, Mr.  Mohamed OULD DAF stated that he is very happy with the signing of this agreement. He continued to state that this agreement calls for a strategic partnership between the Free Zone Authority of Nouadhibou and the Islamic Corporation for the Development of Private Sector Development (ICD). This partnership will help setup a developmental roadmap for the city of Nouadhibou, by giving the priority to projects that can utilize the city’s resources such as the huge fishing industry and be able to strengthen the capacity of this sector by increasing its value add.

In addition, Mr. Mohamed Ould Aldav seizes the opportunity to thank ICD to provide its continued support and assist the authority in its developmental projects. In fact, these projects will do a comprehensive development in the city and create a competitive fishery pole helping the exploitation of the natural capabilities given to Nouadhibou, especially in the field of fisheries.

ICD (http://www.icd-idb.com) is a multilateral organization and a member of the Islamic Development Bank (IDB) Group. The mandate of ICD is to support economic development and promote the development of the private sector in its member countries through providing financing facilities and/or investments, which are in accordance with the principles of Shari’ah. ICD also provides advice to Governments and private organizations to encourage the establishment, expansion and modernization of private enterprises. For more information, visit www.icd-idb.com

About Free Zone Authority of Nouadhibou

Source: Islamic Corporation for the Development of the Private Sector (ICD)

Book a Hotel in Nouakchott