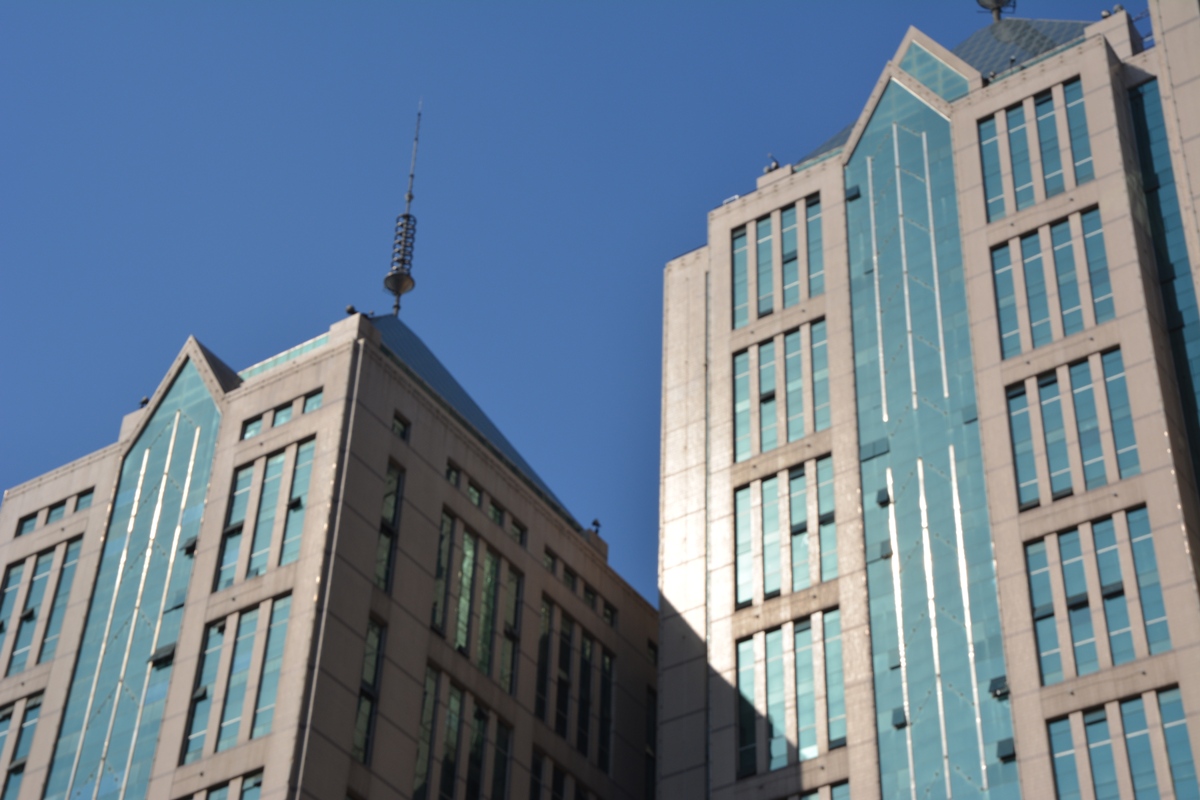 A number of geopolitical risks have caused instability of the world economic growth and made investors look for where to invest money safely and profitably. The real estate sector is one of the few which have not lost their credibility among investors. The most forward-thinking investors are paying more and more attention to the African continent, where the retail and residential property market is growing dynamically, surpassing all expectations of its popularity among specialists.

China has recently become the world’s major exporter of capital and thus gave a boost to diversification of global investment strategies into property. According to the Financial Times, the outgoing direct investments of China exceeded the internal ones in 2014. As shown in a recent report of CBRE, the top global real estate advisory firm, Chinese investments into international commercial real estate property totaled $ 40 billion last year exceeding the numbers of 2013 ($ 32.5 billion) by 23 %.

Mark Giuffrida, CBRE’s Executive Director, Global Capital Markets (Asia), commented on the global real estate market situation: “Last year was very important for the sphere of international property investment: we observed accelerated implementation of capital due to stimulation by a combination of structural and cyclical factors occurred when new capital entered the market. According to our estimates, this key trend will continue in 2015. We already observed the Chinese and Taiwanese insurers starting to operate more actively in international real estate markets in the second half of 2014”.

Africa has been the China’s largest investment site for the past few years. China has invested into more than two thousand African projects so far, including agriculture, infrastructure facilities, manufacturing sector and logistics.

Inflow of foreign investments, a significant share of which belongs to China, has played a crucial role in the dynamic economic development of African countries. According to the Financial Times citing a joint report of the African Development Bank (ADB), the United Nations (UN) and the Organization for Economic Cooperation and Development (OECD), the inflow of foreign investments into African economy was $ 84.3 billion in 2014, which set a record in its history. African economy grew by 4.8 % in 2014 against 3.9 % rise of the previous year. The projected acceleration of growth for this year is up to 5–6 %, the same as during the pre-crisis period.

Experts say that African real estate market is going to develop rapidly in the short run. Moreover, the legislators across the continent have focused on the development of extremely transparent laws for the protection of property rights in order to make the growing cities in Africa meet the international interests and their own ambitions. In the opinion of James Roberts, the Director of Knight Frank (the research department for real estate markets), the commercial property market will take leading positions: “The volume of investments in world office real estate was $ 202 billion in 2009, and we expect it to grow to $ 606 billion in 2015. As part of this global trend of rapid progress, office markets of developing African countries will also be dynamically expanding in terms of investment activity, among which are particularly noteworthy Kenya (particularly Nairobi), Botswana, South Africa and Nigeria. Cape Town, Johannesburg, Lagos and Dakar, as well as Dubai, which caters to the growing African investment flow of capital, are strategic hubs of the continent”.

Great prospects for the development of commercial real estate market are expected in sub-Saharan Africa. Due to rapid urbanization there is a rising demand for modern structure real estate and commercial real estate of high class (Class “A”), which the region is sorely lacking. According to The Globe and Mail portal, it is projected that investments in shopping centers, office buildings and industrial complexes of these countries benefit at least 20 % per annum of net income. That is what attracts the global investors expecting large income in the long run.

The ultra-high income has already attracted a number of foreign companies involved in the construction and subsequent management of property. Oleg Yantovsky, the head of the Russian branch of Hermes-Sojitz, an international investment foundation, and a member of Hermes-Sojitz’s Board of Directors, confirms the profitability of the real estate development business in Africa: “The realities of the African real estate market significantly differ from the real estate markets of the developed countries. However, this fact is rather an advantage than a disadvantage. The rate of return on investment is higher indeed in emerging markets. It is essential that the risks accompanying any development project on construction of commercial and residential real estate property are much higher. Nevertheless, it is possible to minimize them by choosing a consistent approach”.

Hermes-Sojitz international foundation is an investor of the construction of 65-storey skyscraper and several shopping centers with over 100 thousand sq. m. space each in West Africa. The total investment volume of the projects implementation in Africa is $ 3 billion until 2017. In addition to Hermes-Sojitz, there are some other corporations investing in the African development business. Momentum Global Investment Management fund launches a $ 250 million project on construction of shopping centers and office buildings in countries such as Mozambique and Rwanda. Actis company has already invested $ 500 million in real estate markets of Nigeria, Zambia and Mozambique and expects high profits.

Investment fund managers confirm that the income and purchasing power of the people of Africa are growing, and migration to the cities is a continuous process, which fuels the demand for real estate. “The growing middle class need to meet, communicate and spend their free time in shopping malls, restaurants and cafes, which are not inferior to European and American counterparts. This desire will become stronger,” said David Morley, the Head of the Real Estate Department of Actis, a private equity firm.

The massive influx of foreign capital had a positive impact on the transparency of commercial real estate market. The residential real estate market can also be considered as a profitable sector for investment. The anticipated profit ratio will be slightly lower though.

In order to attract local and foreign investors, authorities of some African countries make noticeable breaks in the tax policy of the housing sector. For example, the Nigerian government intends to reduce the percentage of mandatory registration fees on the purchase of residential properties from 16 % to 3 %.

Dynamic growth of the real estate value is observed in Dakar, the capital of Senegal, which is 250 % over the past few years, according to Global Property Guide portal, citing data from the National Statistical Agency of Senegal. Capital real estate market attracts investments of regional elites, because it is treated as a safe haven in turbulent West Africa. However, some foreign investors from Europe and America appeared at the local market in 2014, counting on a solid income in the long run.

A double-digit growth in property prices in Dakar is being recorded for several years due a sharp increase in the population (mainly due to migrants from rural areas of Senegal and affluent segments of the population of the neighboring countries).

More than a half million residents of Dakar are tenants. Local rental charges were steadily increasing over the past two decades, and now are almost the same as in the largest cities in Europe. Property in the center of Dakar is almost twice as expensive as in the central business district of Abidjan, the commercial capital of Côte d’Ivoire, and many other capitals.

Some positive trends are observed in the real estate market in South Africa. After six years of stagnation the South African housing is rising in price, although the local economy is still reeling from the effects of the economic crisis. The number of foreign buyers is growing there again: they have invested $ 867 million in the country’s elite property during the first eleven months of 2014. The peaceful elections, stable political situation and depreciation of the local currency contributed to the return of foreign investors. The South African rand has fallen by a third since 2012, making local property more attractive.

“The steady increase in housing prices in 2014 allows to predict a positive trend in 2015. The expected price increase will reach 7.5 %, and inflation-adjusted 2 %,” describes ABSA report.

The findings of the Baseline Profitability Index from the investment of money in real estate ranking in 2014 also confirmed that African countries are eligible for investment. The ranking took into account factors such as the protection of investors, changes in exchange rates, the corruption situation in the country, political consistency, the average level of profit and other niceties.

The young diamond Republic of Botswana was at the top of the ranking. The African countries such as Senegal, Ghana and Rwanda entered the top ten ranking list, while European countries were the twentieth.

To sum up, international experts are unanimous in their forecasts regarding the prospects of the real estate market in Africa. This is caused not only by a high return of the capital employed in this sector, but also by minimized risks associated with doing business in Africa.