The Oshwal Centre (Parklands), Nairobi played host to the first ever Convergence of IT, Media, Internet and Broadcast Event in Africa dubbed Convergence Africa World 2015 from 17-19th June 2015. The event was jointly organized by Exhibitions India Group, which organizes the internationally recognized Convergence India expositions annually, and AfriEXPOS, a Nairobi-based expo organizer. The exhibition and conference was inaugurated by Ambassador D. N. O Awori, chairman of the Kenya Private Sector Alliance (KEPSA).

The expo provided an unparalleled opportunity for B2B contacts, joint ventures, technology transfers, and financial investments, as it attracted Over 120 participants and top executives from over 300 companies from across the planet. The event also showcased emerging technologies in telecom, IT, broadcast, Pay TV and digital media. Participants included industry officials from telecom, IT, broadcasters, radio & television broadcasting solution providers, technology providers, telcos, ISPs, and government representatives among others. 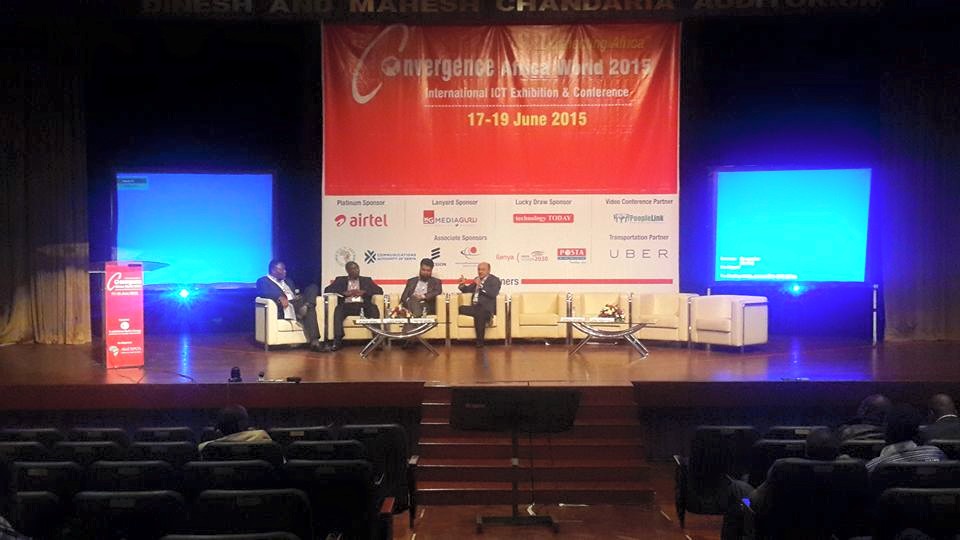 On the successful completion of the expo, Exhibitions India chairman Prem Behl said, “With Convergence Africa World 2015 expo, our objective was to provide a platform to deliberate on convergence of services, focusing on new-age technologies and merging business solutions that harness the young population to create a wave of technological transformation in the continent.” Elaborating further, S.J. Singh, President, Exhibitions India said, “Overall the expo rendered a prolific experience for all participating delegates, exhibitors and visitors. Convergence Africa World will return with a succeeding chapter in June 2016.”

The success of this event and the commitment of the Exhibition India Group(EIG) to have another event next year in Nairobi continues to show how Nairobi has strategically placed itself as the media, IT and communication capital of sub-Saharan Africa. Perhaps it can be said that the silicon savannah of Africa is way ahead of schedule even before the Konza Techno city is completed.