On 11 April 2015, an aircraft with registration HB-JJE belonging to ECAir, the national airline of the Republic of the Congo, was seized at Roissy Charles de Gaulle Airport

BRAZZAVILLE, Republic of the Congo, July 1, 2015/African Press Organization (APO)/ — In a ruling dated 25 June 2015, the Paris Court of Appeal upheld the judgment of the Bobigny Court of First Instance, issued on 22 April, which established that the seizure on 11 April of the B757-200 belonging to ECAir (http://www.flyecair.com) was illegal. 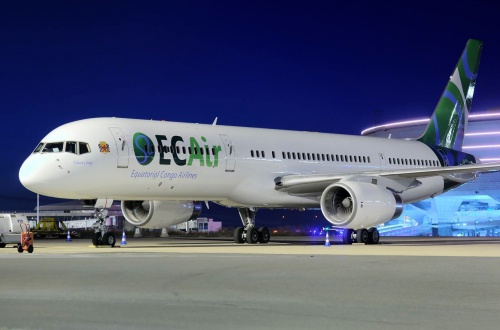 On 11 April 2015, an aircraft with registration HB-JJE belonging to ECAir was seized at Roissy Charles de Gaulle Airport. This seizure had been deemed manifestly illegal by ECAir given that it was based on a judgment against third parties, none of which was ECAir, and the amount awarded under the judgment was in any case not owed by ECAir.

In the judgment handed down on 22 April 2015, the enforcing judge in Bobigny had declared the seizure of the aircraft carried out on 11 April 2015 against ECAir, to be invalid, allowing ECAir to put its HB-JJE aircraft back into service.

The opposing party appealed against this judgment, and ECAir definitively won the case on 25 June 2015 before the Court of Appeal. The company’s senior management, as well as all the staff, would like to thank all those – from near or far – who have shown their support to ECAir.

ECAir is pressing ahead with its development and will extend its regional network in August with the opening of services to the destinations of Abidjan, Yaoundé, Bangui and N’Djaména. The company is the official carrier of the All-Africa Games (4–19 September in Brazzaville).

The national airline of the Republic of the Congo, ECAir (Equatorial Congo Airlines) (http://www.flyecair.com), was created in 2011 and employs over 500 people. In 2014, the airline transported close to 400,000 passengers. ECAir operates up to 136 weekly flights from Brazzaville (Republic of the Congo) to Paris CDG, Dubai, Beirut, Cotonou, Douala, Libreville, Bamako, Dakar, Pointe-Noire and Ollombo. Equatorial Congo Airlines, which has a fleet of 7 aircraft, has also created a river shuttle for passengers travelling from or to Kinshasa (Democratic Republic of the Congo) and another shuttle between Paris CDG and Brussels. ECAir is the first Congolese airline to connect the continent directly to the Middle East, with flights to Dubai and Europe and flights to Paris. Visit Flyecair.com or telephone +(33) 01 78 77 78 77 or +(242) 06 509 05 09. Our head office is located opposite Maya-Maya Airport in Brazzaville, Republic of the Congo.

Republic of the Congo