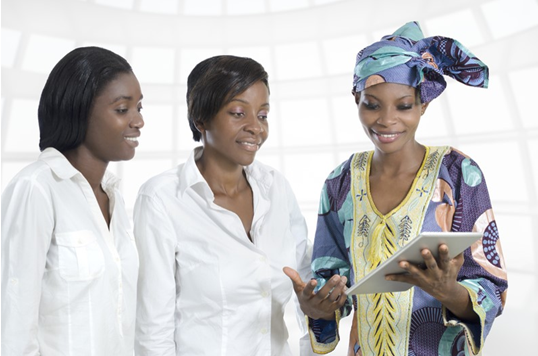 The debate around female leadership in Africa has moved on. Speaking at a gender summit convened by FHI 360 in Washington DC on June 11th 2015, Theo Sowa, CEO of The African Women’s Development Fund, noted that people are increasingly comfortable investing in African women as entrepreneurs and recognising the economic security that this brings as opposed to women’s rights per se.

Multinational companies in Africa, particularly those involved in consumer goods, are beginning to appreciate the commercial benefits derived from local, female talent. The problem is that many of them are still operating outdated models built around imported non-African general management and male dominated boardrooms. This has inhibited the progression of local African and female talent to the highest leadership positions. The challenge for these companies is to wean themselves off expatriate management and nurture home grown talent instead.

Trusting the ability and knowledge of local leaders

Despite growing awareness that local talent adds immeasurable value, it is clear that multinationals still view expats as the safe option. Expats bring their global experience to developing markets and a track record of leading large business units.  In many cases multinationals consider African leaders to be less decisive than their expat counterparts and locals state that they sometimes have a greater respect for a foreign Managing Director than a home-grown leader. The indecisiveness is potentially caused by the pressure put on local leaders to maintain admiration of the population, especially if they move within political circles.

Furthermore the strategy of relying on expats is costly. Financially, expats are paid ‘hardship allowances’ that increase the running costs of the business and can demoralise local talent. The cultural knowledge brought by local talent is overlooked and lost to the business. Finding external expat talent can be a long process, resulting in key positions remaining vacant for months on end.

The time is right for multinationals to take a risk on local talent and only import management as a last resort, recognising its short termism. This will reduce overheads, unlock the knowledge of local leaders, inspire others to reach the top and develop self-sufficiency across the continent.

Prioritising the development of local and female talent

Homegrown talent must be developed at all levels and this takes time. To ensure diversity graduate intakes should include a significant proportion of local and female talent, with a good number fast tracked through middle management to reach the higher ranks. This talent should be mentored and developed by senior leaders who, whether African or foreign, should be as diverse as the national population.

The role models are certainly there to inspire African women, from young technology entrepreneur Rapelang Rabana to Isabel Dos Santos, Africa’s first female billionaire. While some might say the number is still too low, there are encouraging signs with the African continent coming third after the US and Europe in terms of women’s representation in boardrooms of top listed companies and first amongst other emerging regions.

Family commitments and cultural factors make it difficult for females to reach senior positions. Within certain parts of Africa, it is less accepted that a husband will follow their higher earning wife and move to other countries. This can mean that females are less likely to gain multi-country experience. In addition, a family can make female leaders less mobile and less able to work long hours.

Flexible HR policies can counterbalance the barriers encountered by females in multinational organisations. A support network (maids, nannies and drivers) can be provided to allow females to work the required hours and provide an adequate work life balance. The cost of a support network is far less than an equivalent network outside Africa and can be a vital tool when nurturing female talent in Africa.

Recognising the problem and creating a diverse future

Six of the world’s 10 fastest-growing economies are African (by GDP growth). The need for women in senior leadership roles is as much a performance optimisation issue as it is a gender equality issue.  Multinationals, therefore, have an opportunity to harness female talent and reap competitive advantage before the rest of Africa’s private sector follows suit. A number of them – including British American Tobacco, Coca-Cola, PZ Cussons and Unilever – are embarking upon change, creating an environment in which women can succeed and offering those with single country experience a springboard to senior roles.

But to really make a difference it requires all companies across Africa to change their hiring practices and trust home-grown and female talent. In a report published by the African Development Bank in May 2015, Geraldine J. Fraser-Moleketi, Special Envoy on Gender, said: “Many CEOs and senior executives in Africa still do not see diversity as a critical component of corporate strategy. Africa can ‘rise’ only if both halves of our Continent of one billion people have the same opportunities.”

Africa is at a crossroads and, to achieve prosperity, it must choose gender-diverse leadership.

Adam Bailey is a researcher specialising in Africa projects within the Commerce & Industry practice at Marlin Hawk, a leadership advisory and executive search firm that delivers the next generation of business leaders. www.marlinhawk.com