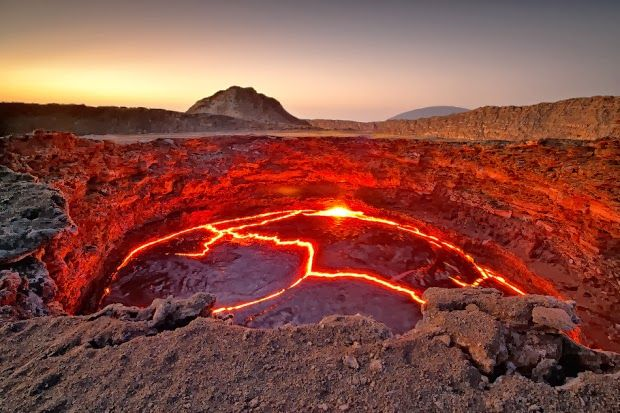 1. Indisputable, plenty of cultures have their own calendars that they prefer to follow over the Gregorian calendar, but most still abide by the unspoken 12 months to a year rule. Not Ethiopia. The calendar is eight years behind the Gregorian calendar keeping the belief that one more is always better counting 13 months to their year. Not only do they measure the year’s differently, but also measure the hours of a day to a different schedule. In a piece of logic that’s kind of hard to argue against, as they reckon the clock to start when the day does. Thus, sunrise is 1 o’clock and sunset 12. Then the 12-hour night clock sets in.

2. Ethiopia is one of the most open air museum and global treasure destination in the world. Ethiopia is the origin of humans and ancient developments. The earliest instance of human ancestors using basic cooking and hunting tools has been traced to Ethiopia where we all came from.

3. Ethiopia is the only country in Africa with its own indigenous written alphabet. Ethiopia’s national language is Amharic, but there are over 82 languages and 200 dialects spoken in the country.

4. Most of us enjoy coffee. Well we have Ethiopians to thank for that. As the story goes, a goat herder way back when noticed his herd’s fondness for a certain bush and tried  the bean for himself. It was here and then coffee first discovered and introduced to the world. The name itself considered taken from the origin place Kaffa.

5. Being the only country never to be colonized, Ethiopia erected the pan Africanism with the initiative to unite all African countries which led to the creation of the African Union (AU). It also headquarters the massive United Nations Economic Commission for Africa (UNECA).

6. Addis Ababa is the highest city in Africa. Ethiopia encompasses bubbling active volcano among other breathtaking historical and ancient architectural sights. Danakil is the only active lava lake in the world and it is also the hottest place on Earth.

7. The Great Rift Valley cuts Ethiopia from northeast to south of the country making it the only physical feature of Africa that is visible from a space.

8. Ethiopia is home to the source of the Blue Nile, which together with the White Nile makes up the Nile River, the longest river in the world.

9. Ethiopian emperor Menelik II was the first African to drive a car, in 1907. The first globally recognized female African head of state was Ethiopian Queen Zewditu, who was the empress of Ethiopia from 1916 to 1930. Ethiopian female pilot Asegedech Assefa is the first African female to fly an airplane. In 1960, an Ethiopian by the name of Abebe Bikila became the first black African to win gold in the Olympics and the first man to have won Olympics marathon twice.

10. Ethiopia became the first country in Africa, and the second in the world, to own and operate a Boeing 787 Dreamliner. Owned by Ethiopian Airlines, the aircraft was named “Africa One”.