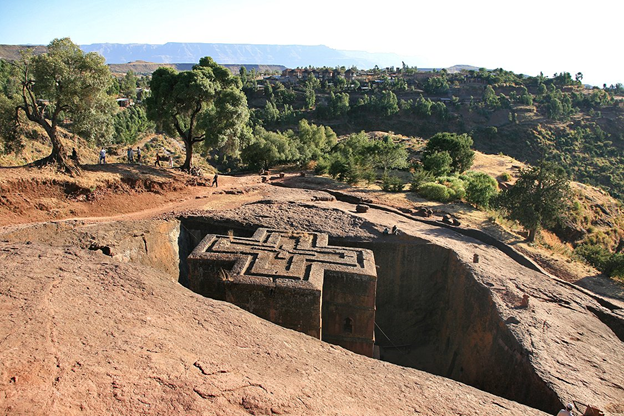 Africa’s second most populous country, Ethiopia has been recognized in the category of “Top Travel Destinations of 2015” by the popular National Geographic Traveler magazine of Russian branch. The event commemorating the 5th National Geographic Traveler Awards was held in Moscow. Readers and subscribers voted online for a specific destination of their choice in 12 different categories.

The magazine voted Ethiopia as best destination following its readers’ vote. Russian readers voted Ethiopia as the winner in the category of “Exotic Tourist Destination of 2015” outnumbering the vote given to Vietnam and South Africa. Ambassador of Ethiopia to the Russian Federation, Gerum Abay received the award on behalf of Ethiopia at a ceremony held in Moscow.

“Ethiopia is rich in history and natural extremes. It is a place where travelers can explore the natural landscape, learn about east African culture and visit archaeological sites” said Veronica Bierman, General Manager of Exotic Time, a Russian tourism agency.

Currently, the Ethiopian tourism industry contributes a little over 4% to the GDP, a meager value of what the national Culture and Tourism Ministry aspires to. The industry contribution to GDP was 4.2% in 2013 and it has rose to 4.5% in 2014 lagging behind,  however, the figure is predicted to rise to 4.8% in 2024 creating a direct economic impact.  Although Ethiopia was not active in promoting itself its economic growth and infrastructural development brought several visitors to the country.

“To capture the demand of new and regular travelers, the country has implemented a tourism strategy and erected major infrastructures in the bid to be one of the top ten destinations in Africa” Alexander Burtenshaw, Country Manager of Jovago Ethiopia said. Ethiopia’s tourism has created close to 100,000 jobs in 2013 which contributed 3.8% to the total employment (2014 World Travel and Tourism Council). This includes employment by hotels, travel agents, airlines and other passenger transportation services. It also comprises of the activities of restaurants and other leisure industries. The industry is estimated to generate over one million employment opportunities in the coming decade.

Previously, Ethiopia was recognized as a top destination in the world for tourists by the European Council on Tourism and Trade (ECTT), a non-profit group of European Union tourism trade organizations.