African governments, including Kenya, may soon be able to award critical infrastructure contracts to the best technical bidder, making them less reliant on tied, aid-funded contracts and better able to incorporate a higher proportion of local content in the project, delegates attending a major infrastructure conference in Nairobi this week will be told. The positive message will be delivered by Darren Keep, Mabey Bridge’s Regional Sales Manager, Africa.

The Company already has a long track record of providing permanent bridges across the African continent, and sees the potential change of policy being considered by the UK Government’s Department for International Development (DFID) – to provide untied concessional export credit facilities (CECF) to low-income developing countries (LIDCs) – as offering significant benefits to both the countries and UK exporters (such as Mabey Bridge) alike. 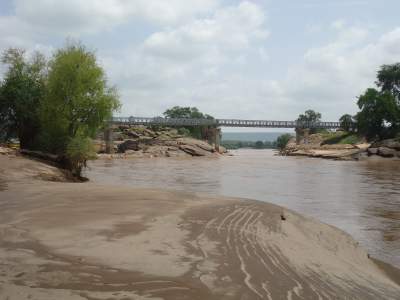 Darren will be addressing an audience comprised of government ministers, international contractors and investors, who will be attending Project East Africa, an international summit that will take place in Nairobi, Kenya on 16th-17th February. The event has been organised to discuss the significant infrastructure and major project opportunities that are arising in East Africa.

Commenting on the UK Government’s deliberations, Darren said, “Mabey Bridge has been engaging with the UK Government on this issue since last year and although no final decision has been taken, we are heartened by DFID’s willingness to listen. Offering untied concessional export credit facilities to LIDCs not only helps to level the playing field for exporters such as ourselves, but it also leads to more favourable development outcomes for the countries themselves. DFID has already gone on record as saying that it ‘intends to scale up financial and staff resources and is exploring innovative ways to support LIDCs’.

Entitled ‘Addressing the Social Impact of Connecting Communities’, Darren’s presentation at the conference will cover the following topics:

– Benefits gained by communities as a direct result of infrastructure development

– How Financed Solutions for bridge projects can make a real difference 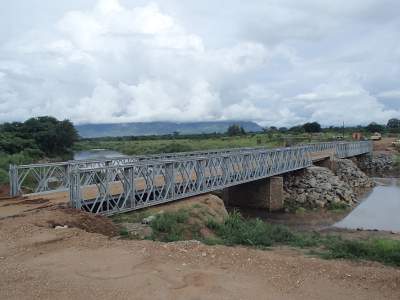 Construction has been completed on six new bridges in Mozambique supplied by UK manufacturer, Mabey Bridge. The Compact 200 bridges are helping put a major infrastructure project back on track; heavy flooding in January 2015 had washed away most of the road infrastructure – including a concrete bridge – in the Ile District, and had threatened the completion of a major road building project in the region.

The road building project, which is being carried out in the Zambezia Province in Mozambique is being funded by the Japan International Cooperation Agency (JICA), a governmental agency that coordinates official development assistance (ODA) on behalf the government of Japan and which is highly active in Africa.

A bridge supplied by Mabey Bridge is playing a critical role in helping South Sudan, the world’s youngest nation, to emerge from its war-torn past and increase trade with its neighbours.

The Juba Bridge is the only crossing over the White Nile River in the entire country and represents a crucial transportation link between South Sudan and neighbouring countries Kenya and Uganda.

The Company supplied its first bridge to South Sudan in 2006 when it replaced a partially collapsed Bailey Bridge. It then repaired the bridge’s trusses in 2010 and, recently returned to upgrade the decks.

During his speech, Darren will say: “We are strong advocates for the benefits that can be gained for communities as a direct result of infrastructure development. We have a strong commitment to the view that reliable and accessible transport services support increased productivity, assist trade, help alleviate poverty, give access to healthcare, and create an environment in which business can flourish. Access to infrastructure enables rural communities to take advantage of economic opportunities and access markets, jobs, information and training”.