The decline in commodity prices over the last three years has made life harder for many African businesses, as natural resources make up a large percentage of the business landscape on the continent. However, the drop in commodity prices is not the only challenge companies in Africa are facing. Increasing volatility in the African currency markets is also a cause of grief for transnational businesses in Africa.

Commodity-reliant economies such as Ghana, Zambia, South Africa, Angola and Nigeria have all witnessed strong currency volatility last year, with the Ghanaian Cedi and the Zambian kwacha experiencing over 20% annualized volatility in 2015. As prices for both imports and exports fluctuate, cash flows become uncertain and uncertainty is always bad for business.

With the next U.S. interest rate hike looming and global economic growth stagnating investors have been moving their money into the U.S. dollar. This has lead to the U.S. dollar strengthening steadily over the course of the last few months. In fact, towards the end of 2015 several African currencies weakened sharply against the U.S. dollar including the Angolan kwanza, the South African rand and the Kenyan shilling, which dropped 20%, 20% and 10%, respectively, according to a report by the German bank Berenberg.

A strong dollar is traditionally bad for emerging markets, including African economies that rely on commodity exports. When the dollar strengthens dollar-denominated commodity prices tend to decrease, which hurts commodity exporters as it leads to a fall in both corporate and private income, which in turns leads to lower economic growth.

The South African rand has hit an all time low at the start of the year, as fears of an economic slow down in China is taking its toll on African currencies. China’s investments across the continent have helped boost economic growth in Africa, including that of its second largest economy South Africa. Hence, a slow down in growth in China will affect South Africa’s currency, as well as those of several other African countries’, adding further to the volatility of African currencies. This increase in volatility in the rand is not just an issue for those who use South Africa money transfer services, but also for African companies who conduct business across South Africa’s borders. 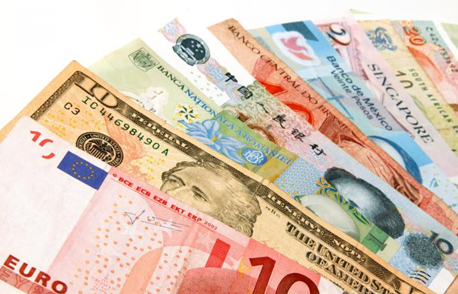 The way to manage currency volatility as a transnational business is by adopting the right currency hedging strategy. The best way to ensure stable revenue streams, when conducting business across borders, is to hedge currency risk using FX forward contracts. FX forwards are financial derivatives that let you ‘lock in’ an exchange rate for a buy or sell transaction for a specific currency pair at a future date. Commercial foreign exchange companies provide this service to large multinational corporations, but also to local SMEs.

For example, if a South African SME knows it will make roughly KES 25,000,000 from their Kenyan operation in Q1, and wants to ensure it the volatility of the Kenyan shilling against the South African rand does not negatively affect the companies’ revenue, it can enter into a 3 month forward agreement to sell KES and buy ZAR at the end of Q1 at a rate agreed today. That way if the KES weakens against the ZAR, the company’s Q1 revenues will not be negatively affecting by this adverse currency move. The flip side of the use of FX forwards is that they company does not benefit if the currency move is beneficial, as the exchange rate has already been agreed upon for the future date. Since the South African rand is one of the most volatile currencies in the world, however, hedging currency risk for companies who do business in South Africa is imperative.

What is currency fluctuation?

Every country has its currency and every currency has its own constantly changing values that change while concerning other foreign currency. There is usually a fixed rate of this foreign exchange varying from currencies to currencies. It is quite normal to change this exchange rate. Frequently changing this exchanging rate is called currency fluctuation. Well, currency fluctuation can both be good and bad. If the rate goes upwards then certainly that is good news for the country. But if the opposite happens, it certainly is not pleasant news.

Africa consists of some of the least developed, yet potential countries in the world. These countries are potential in lots of aspects. But also, these countries have the highest currency fluctuations in the world which have made the currency as well as the economy volatile. As a result, barriers are created to grow. Investors always turn their eyes and funds towards the emerging markets. The market of Africa is certainly potential as mentioned before. But due to frequent African currency fluctuation, the risk of loss remains for the investors as everything here is uncertain.

The US dollar is becoming stronger day by day. As the US interest rate goes higher, the investors are turning their faces towards the US dollars. Investors are investing there a lot which has continued to strengthen the dollar more and more. On the other hand, they are investing in the potential market Africa lesser. As a result, the currencies of African countries are becoming weaker which certainly is not a good sign. Not only dollars but currencies of developed countries are also growing faster. Well, this thing is usually bad for emerging markets including the African one. For example, when the exchange rate of dollar increases, automatically the dollar-denominated commodity prices go down which harms the market. In this way, the African market is getting weaker.

A glance at South Africa

The official currency of South Africa is rand. 1 dollar is equal to almost 16.61 rands. But as a matter of fact, you may see that 1 dollar equals to 14 or 15 rands. Which is correct? Well, both of them are correct. Because South African rand is one of the most volatile currencies in the world and fluctuates more than any other currency across the globe. You may see one rate today and another rate the next day. Let’s see some statistics. Statistics say that the rand has seen its volatility climbing to 61 basis points to 13.8% which is the highest among 16 major developed nations and emerging market currencies. This can be told to be the historic volatility climb they have seen so far.

What to do then?

This is a problem to worry about. That’s why economists are trying to find out ways to solve this. One of the ways is to hedge currency risk using the FX forwards. FX means foreign exchange. Let’s try to understand it by an example. Imagine that a Kenyan company is dealing with South Africa. They want to sell some goods to them and earn some rand. Now there is the risk of loss as rand is very volatile. What they can do is that they can reach an agreement for the next 3 months to deal with rand on a fixed exchange rate. However the fluctuation goes during those months, it will not affect the deal. In this way, the company can ensure its revenue. Well, it sometimes has bad effects too. While fluctuating, it can go upwards and cross the pre-decided rate. In these cases there are chances of loss. But still, it’s worth it as it fluctuates quite frequently and anything may happen. In this way, various ways can be followed to make the market go higher.