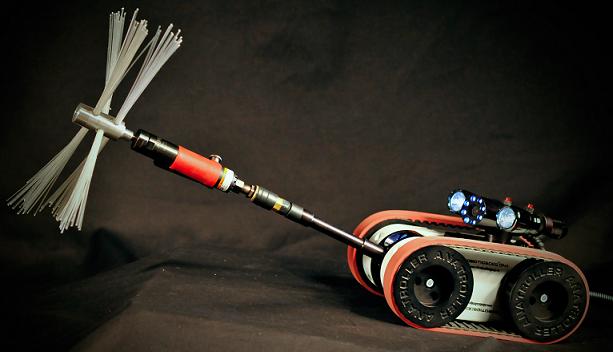 Hot, humid and dusty environments are prime real estate for mould and dust mites, and when these infest your building, the first occupant they kick out is your health. Dubai’s growing mould woes are curable, but until buildings have become inhospitable to these plagues, deadly and incurable sicknesses and constant quality of life impediments, like decreased concentration and colds will become increasingly commonplace. There is no shortage of literature on the respiratory diseases that come from dust and mould left in a duct; colds, asthma, and migraines are the tamest variety, while permanent allergies and deadly legionnaire’s disease are the most dreaded problems. The worst and probably least known problem from leaving air ducts dirty is called a dust explosion. This is when the smallest spark causes all the dust in the duct to ignite, and the resulting explosion will destroy the building, and anyone unlucky enough to stay inside. “Since 1980, more than 450 accidents involving dust have killed nearly 130 workers and injured another 800-plus, according to a Center for Public Integrity analysis of data compiled by the federal Occupational Safety and Health Administration and the U.S. Chemical Safety Board.” (source) Whether you’re worried about your child developing asthma, mould on the walls or your entire building spontaneously going up in flames, duct cleaning is your savior, and that’s not all it does. 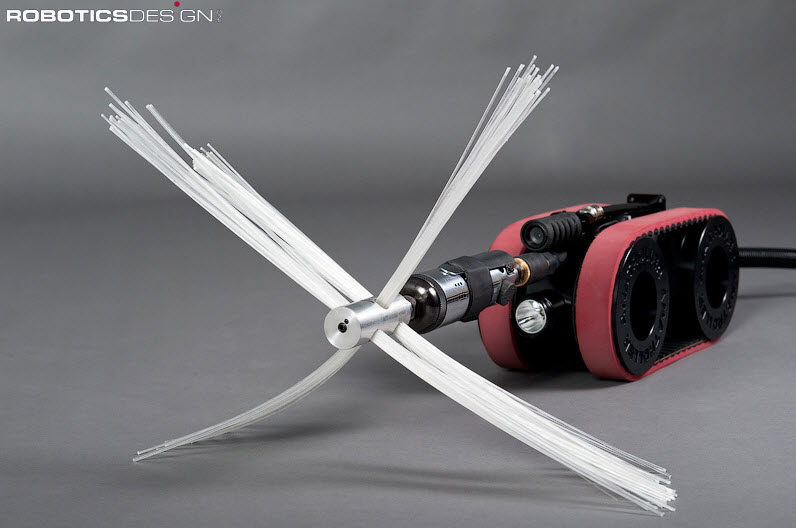 A recent NADCA study (source) has proven that a light layer of dust increases energy costs for the air conditioning system by 11%, and very dirty ducts make matters much worse. While most building owners do not enjoy throwing their money away, there are bigger problems with that than energy costs. The air conditioning unit is working 11% harder in this example to blow air through the dusty duct, and therefore, on the surface should break down 11% faster. Then the issue arises when the AC unit isn’t able to handle working 20, 30 or 40% harder with increasingly dirty air ducts, and breaks down 50% faster, or sooner. On a hot day, an air conditioner breakdown always happens “suddenly”, and will leave building occupants very upset and distraught.

Besides illnesses and catastrophes, every regular day the air in a building is what occupants notice first. It’s unprofessional to invite someone to a building they can’t breathe well inside of, and clients will have a tough time commenting on how beautiful the building is as they sneeze in discomfort. Duct cleaning is important to stay safe, healthy, to save money and just to feel good breathing fresh air inside, and yet, many building owners neglect this critical service. 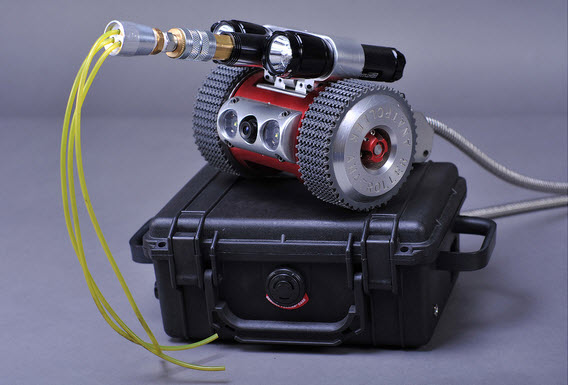 The main complaints building owners have is high cleaning costs and poor business practices by scammers, and without knowledge of duct cleaning’s importance, the lack of regulation encourages building owners to ignore it all together. Wagging the finger at building owners won’t make them into duct cleaning enthusiasts, and demanding the government force them to do something they don’t want to will make them into the obstacles to a regulated market, and so their problems should be understood and solved, encouraging them to help make a cleaner, healthier and safer Dubai.

High cost all comes down to equipment and methods. The traditional duct cleaning method is to hire alot of workers, and make them clean out the duct manually. You move slowly while worming away on your stomach and trying to clean, and before you start, a structural engineer must be paid to determine if the duct will fold in half as they crawl, to avoid the system being damaged and workers dying, which has happened in the past. While some companies have been using robots instead of crawling into ducts to clean manually, many are incapable of doing the entire job, or complicated jobs, so duct cleaners with robots in the UAE charge as much and take as long as those without. Since every day the building or a room in the building is shut down for cleaning means a huge loss in revenue for the owner, many building owners are happy to pay a premium to get the building cleaned quickly, but you can only move around so fast on your stomach, and so many building owners have had the nightmare of dealing with a scammer. Since there are virtually no laws about what a clean and a dirty duct is defined as, a duct cleaner can leave after doing a job that did more damage than good. Duct cleaners would make more money doing perfect jobs, but since many duct cleaners are convinced to buy sub-par equipment, it should shock no one that there are radical differences in quality and cost from one duct cleaner to another. The difference in equipment quality on the market is so great, it’s possible for a cleaner who did a poor job to have invested twice the work and overhead of a company that will clean well.  When occupants are still complaining about the air after the owner shut down the building and paid for cleaning, it’s tough to convince him he needs to do it again. Convincing him of the dangers of a dirty duct and of the benefits of a real duct cleaner is enough for many, but duct cleaning isn’t an investment for buildings that want status, it’s a critical process to maintain the life of the building and those in it, and if it were a cheap process where quality was easy to monitor, building owners would be in lockstep with legitimate duct cleaners to make real, comprehensive regulation for the market. 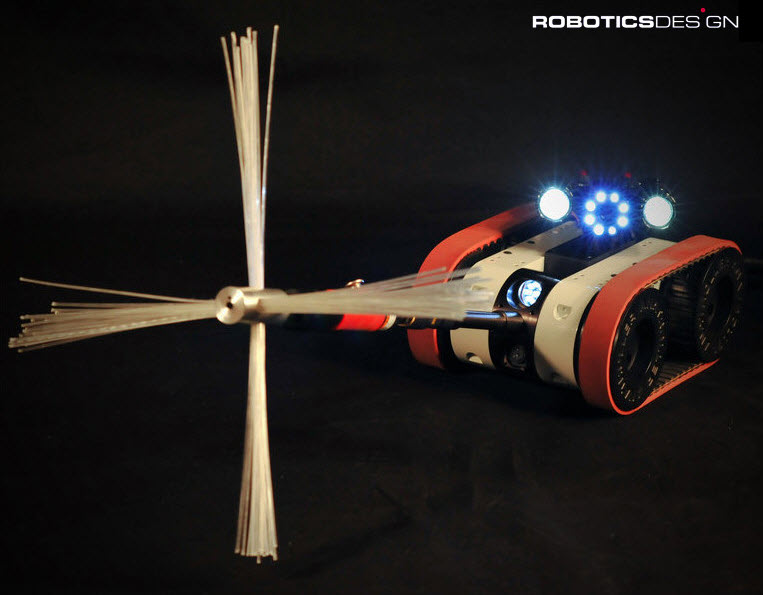 At Robotics Design Inc., we thrive on resolving challenges with simple and innovative solutions, and after years of studying the market with duct cleaning professionals, we released the ANATROLLER™ line as a new standard of equipment on the market, to make duct cleaning cheaper, faster, and easier to be done perfectly, and easier to ensure this. To start with, the most efficient way to clean ducts is to vacuum from an outside opening, sucking the air from the whole duct, while loosening dust on the inside, the most efficient and effective way to loosen the dust is with a brush, and the most power comes from a pneumatic brush. In fact, in Europe and North America, critical jobs like cleaning in hospitals or chemical laboratories require brushing in the duct. ANATROLLER™ robots come equipped with brushes that can clean the smallest (3.6 x 6 inch) to the largest (6 x 6 feet or more) ducts, so they provide the best job, and are used for the entire job. Our line of robots have a minimum of 100’ of cable on every robot, and enough power to pull twice to four times their weight. With the ANATROLLER™ ARI-100, you can also climb 5 inch obstacles and scale 45° slopes while driving through several bends, so problems that can take the day to get around with manual cleaning or other robots never affect ANATROLLER™ users. In fact, duct cleaners who use the robot emphatically claim in testimonials for over ten years that it allows them to “do a week’s work in three days”, and in Europe, North America, Korea and Australia, many ANATROLLER™ users have doubled and tripled their company size since starting to use the robot, since they can bid less and clean faster, which is simply impossible to compete with.

In the short term, ANATROLLER™ robots have helped companies take over their market, or just take less work to perfectly clean more jobs, but their status as a new standard on the industry will fundamentally change the archaic state of the laws governing the market. With so many different types of equipment with so many levels of efficiency, forcing duct cleaning means one building owner might be forced to pay for a job that takes twice as long and costs far more than his next door neighbor gets, even if both companies are licensed. Since one company will be done cleaning by the time the next door neighbor has the durability of the ducts ready for the next phase of testing, there must be an equipment standard before there can be a standard on how to clean ducts, and since one company is recording the images of the duct in HD, and the other is only seen by the tired workers inside, an equipment standard is also necessary to define and enforce what “clean ducts” are supposed to be.

ANATROLLER™ robots are trusted by leading duct cleaners around the world as their primary competitive advantage, and have helped many of those duct cleaners become the leaders they are now, since they can provide and should this equipment be adopted as the standard in Dubai, building owners will save millions on from decreased labor costs and building down-time. In the meantime, professional ANATROLLER™ users can underbid the scammers and clean better than the pros, and building owners, like school boards, hospitals and factories without access to an IAQ professional with ANATROLLER™ can clean their own ducts, as the robot is easy enough for anyone to control.

Translate »
We use cookies to ensure that we give you the best experience on our website. If you continue to use this site we will assume that you are happy with it.Ok