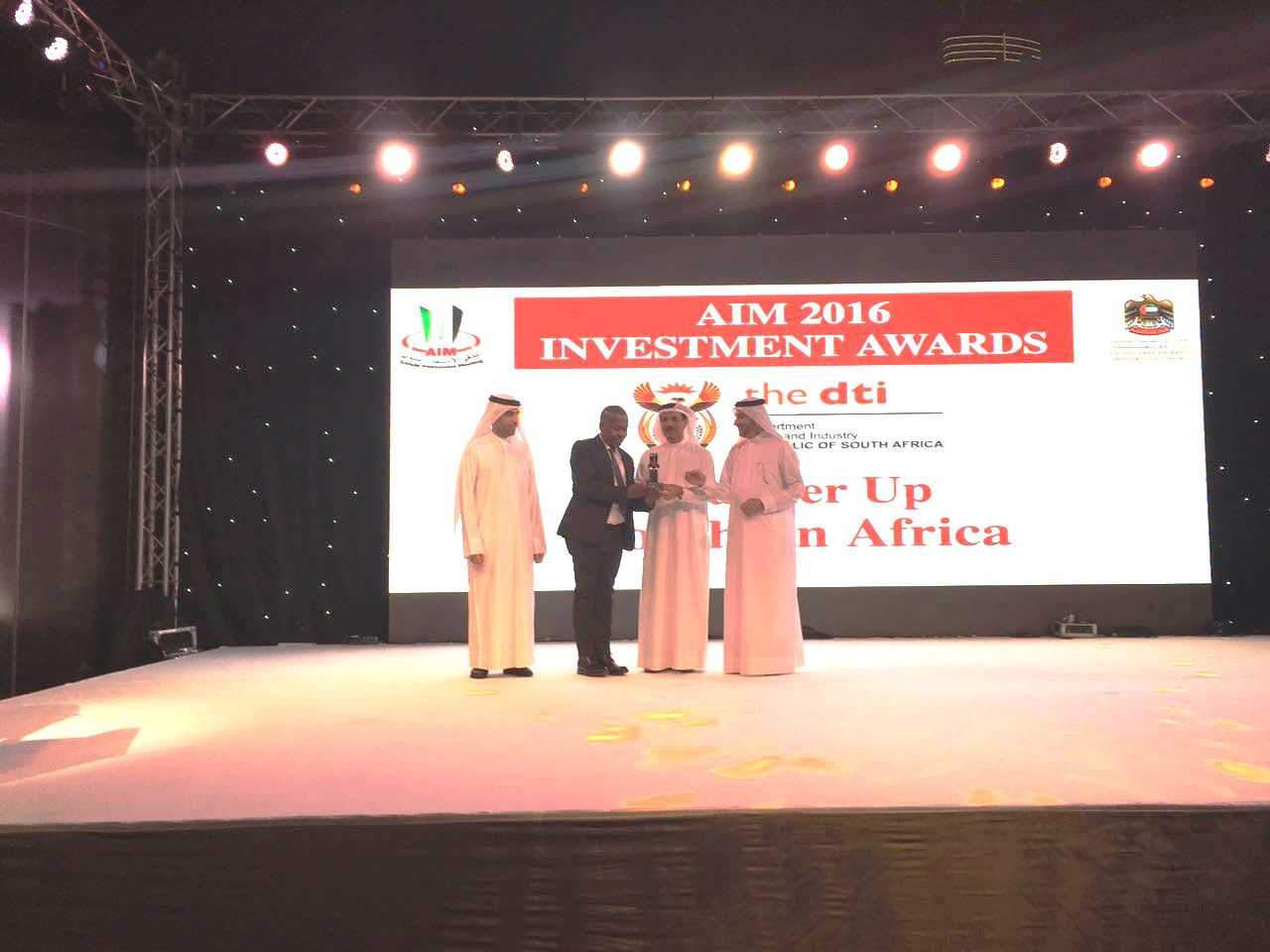 Masina is also attending 2nd Indian Ocean Rim Association (IORA) Ministerial Economic and Business Conference to be held in Dubai from 11-13 April 2016. The conference will be held under the theme “SMEs and Innovation investing in a Sustainable and Inclusive Future”.

The AIM Investor project award is for the MPACT PET Recycling project which will be launched in this month in Wadeville, Gauteng. Deputy Minister Masina says these awards are a vote of confidence in South Africa as an investment destination of choice and our ability to facilitate such investments as a government. President Jacob Zuma recently announced an Inter-Ministerial Committee on investment and a InvestSA approach to improve our overall investment climate and to fast track, unblock and reduce red tape in government.

“These investment awards are evident that our Investment division, Invest South Africa can compete, is right there with best and is capable of facilitating large scale projects. Winning two investments awards demonstrate that Government remains hard at work and will continue to make South Africa an attractive destination”, says Deputy Minister Masina.

Source: The Department of Trade and Industry, South Africa