On the 16th April 2016, the governing African National Congress launched its national election manifesto in Port Elizabeth (Nelson Mandela Metropolitan Municipality) which is one of the most hotly contested municipal metros in South Africa. The ANC remains a mass democratic movement, which means that its events attract ANC members and supporters from all corners of the country. The plethora of media personnel, both national and international that sought to cover the event, means that tourism consumption increased in Port Elizabeth. Port Elizabeth got an opportunity to received thousands of arrivals, domestic tourists that came to ensure that the local community and local economy benefited in the tough economic conditions that South Africa is experiencing, during their tourism low season.  The depreciation of the South African Rand has meant that imports are more expensive, whilst the reduction in the global price of crude oil could not benefit South Africa as the Rand had depreciated against major currencies. Actually the opposite is happening in South Africa as the increase in the price of petrol, will lead to more inflationary pressures on an economy that has a 1% pedestrian growth, and an economy threatened by rating agencies will a potential downgrade. . Mining has been shedding jobs at an alarming rate, whilst commodity prices remain low.

The media hegemony during and after the 16 April 2016, ANC National Manifesto launch was that the 46 000 Nelson Mandela Stadium was not full, and the fact that it was not full, it was a non-articulated admission that many South African compatriots were turning their backs on the party that brought them democracy. There were intervals that the stadium was full, just like there intervals that the stadium was not completely full, what is however undeniable is that the ANC evangelists that descended on PE had ensured that the economy of PE got a much needed economic boost. The airlines flying to PE increased capacity due to higher demand, and the bus companies also benefited. Commercial tourist accommodation providers, the car rental companies and ground transport providers, shopping malls and the food and beverage sector benefited. In the absence of ANC members at the Nelson Mandela Stadium, the pristine beaches of eBhayi were invaded whilst the shopping malls were filled with the yellow t-shirts of the ANC and local businesses were having a victory walk to the bank. The plethora of gloom that the media produces in truck loads, is met with gloom paucity in the bank account of PE businesses.

The usage of stadiums for local government election manifesto launches, has seen the official opposition, the Democratic Alliance (DA), descended on the 40 000 capacity Orlando Stadium, which the Economic Freedom Fighters (EFF) filled to capacity during their very own local government election manifesto launch. The difference is that FNB Stadium is much larger than Orland Stadium, and it has greater symbolism being the home of the mighty Orlando Pirates, the only soccer team in South Africa worthy to mention when in conversations in Africa. FNB Stadium has been the traditional home of the ANC, and has hosted several prominent funerals of ANC stalwards, and it is also the site for former Nelson Mandela’s Memorial Service, where thousands of South Africans had a change to give the Father of the Nation, a last send-off. It was possibly the largest international gathering of heads of state outside of the United Nations General Assembly. The positive outcome from the Nelson Mandela Memorial Service is that today the USA and Cuba have normalised diplomatic relations. The ANC in Gauteng, the richest province in the country and the financial hub of South Africa, aims to fill to capacity the 94 000 FNB Stadium which hosted the opening and closing ceremony of the FIFA 2010 World Cup. 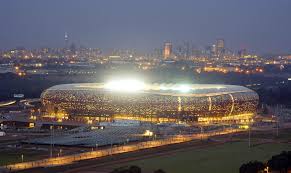 On 04 June 2016 the ANC in Gauteng, by seeking to fill FNB Stadium is a message that it should be taken seriously by the National Executive Committee (NEC) of the ANC, as relations have remained colourful for several years because of the differences of opinion on several issues. In addition, it is seeking to save face after the embarrassment that Nelson Mandela Bay stadium was not full, this is a do or die Public Relations exercise. Whether the stadium is full or not is not my gaze, what I intend to reflect is that the mass mobilisation of people to attend rallies, manifesto launches and political programmes has a financial benefit for the destination concerned. For example, the seat of government, Pretoria will have many marches with the intention of handing over a memorandum of either grievances or support to the seat of government. All these marches whether pro or against government, mean that the attendees become economic players as they would consume a plethora of products and services in Pretoria, benefiting the local economy. This gaze by the esteemed members in the Fourth Estate has been curtailed by their unfortunate assimilation of matters.  As thousands of ANC members and naysayers descent on the 04 June 2016 to FNB stadium, Soweto businesses will be the biggest beneficiaries as spending power will be concentrated in Soweto. The businesses must take full advantage of this opportunity to benefit from event tourism sponsored by the ANC. The multitudes of ANC members and supporters have a positive impact on the night time economy (NTE) which is entertainment-led, food and beverage led. The NTE maintains many jobs, and this will be cash cow season on the weekend of 04 June 2016. The entire tourism value chain from accommodation, food and beverage providers, airlines, and tours will benefit immensely. Even Uber, which provides a safe, professional taxi service nicknamed the ‘’Gautrain of the Road’’ would be demanded by multitudes as they will exercise caution and not be victims of drinking and driving, as the Metro Police are known for their great enthusiasm and when work ethic when such events occur. We must allow politicians to compete about whether the stadium was full to capacity or not, the business people in Soweto and beyond benefited from the arrival of multitudes of ANC members and supporters. In future, it is imperative that cities that get chosen as sites of ANC events, must consider the benefits that they seek from such events. A classic example is that the ANC January 8 statement held in Rustenburg at the Royal Bafokeng Stadium benefited the township economy and had a greater pro-poor impact than the January 8 statement at the Cape Town Stadium.

Mr. Unathi Sonwabile Henama teaches tourism at the Tshwane University of Technology, and writes in his personal capacity.