Enjoying untapped massive tourism potential owing to its natural, historical and cultural gifts, Ethiopia is yet to take full benefit of the industry improving its infrastructure and promotion capacity.

Ethiopia is eyeing to perk up its tourism sector to fully benefit from its tourism potentials, raising the revenue from tourism. Although the country has natural and historical phenomenal reserves, its tourism sector has its charms and pitfalls as it does anywhere else. Luckily, the land of threaten month of sunshine creates ideal time every year. Here, deciding when to explore is a highly personal decision. However, lack of effective promotion strategies and pricey services still drags the country far behind its neighboring competitors. 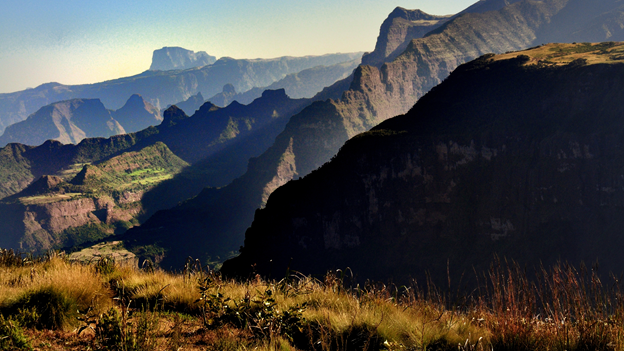 Since the establishment of modern tourism in Ethiopia which dates back in 1961, most of the travelers remain to be business travelers who come to participate in international organizations’ conferences at the United Nations and the African Union. To change this fact, the Ministry of Culture and Tourism has been introducing a number of tourism development strategies with the aim of pushing Ethiopia’s tourism sector forward.

Presently, the tourism industry contributes a little over 4% to the GDP, a meager value of what the country aspires to increase its revenue from the sector. The industry’s contribution to GDP was 4.2% in 2013 and it has rose by 4.5% in 2014, lagging far behind the continent’s growth. However, the figure is predicted to rise by 4.8% in 2024 creating a direct economic impact.

Marketing strategies connecting the sector with the broader growth agenda has become the priority of the country and investors. Taking its investment share from the technological revolution, Jovago, Africa’s leading online hotel booking company has been closely working with over 600 hotels around Ethiopia; promoting the country globally and within Africa. With over 200,000 hotels in its global inventory, Jovago aims to make Ethiopia embrace advanced services of online booking; by establishing a reliable and trusted global network.

Ambitiously forecasting to become a middle income country with a climate-resilient economy within the coming decade, the country has laid out widespread strategies that will allow it to entice more leisure travelers into its destinations. Reaping the advantage of its policies, it has generated over 2.6 billion dollars from over 700,000 tourists during the past nine months of 2016, according to the Ministry of Culture and Tourism (MoCT). Buoyed such growth level, it’s also chasing travelers to triple its number of foreign visitors to more than 2.5 million in the coming four years, making tourism a pillar of the country’s economy.

Over the past ten years, the number of visitors has been growing by 10 % annually with a promissory progress. In the past year as well, close to 800,000 tourists visited Ethiopia; adding a huge chunk of 2.9 billion dollars to the economy. On the other hand, it’s universally acclaimed growth is slowly turning the country’s history of under-development into one of Africa’s top performing economies; attracting major conference events that are directly supporting the tourism industry.