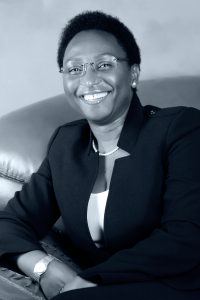 The 2016 edition of the Africa Women Innovation and Entrepreneurship Forum is around the corner and it is billed to make unprecedented strides in AWIEF’s Pan-African campaign to accelerate the economic empowerment of women in Africa’s best interest.

AWIEF Founder and CEO, Mrs. Irene Ochem, speaking to reporters at AWIEF offices in Lagos confirmed the participation of Lagos State as Official Partner and Host State Government with the Governor of Lagos State, His Excellency Mr. Akinwunmi Ambode giving the keynote speech and welcome address at the opening ceremony on the 29th of September 2016.

Mrs. Ochem went on to say that a major highlight of the event has been occasioned by AWIEF’s partnership with the African Development Bank (AfDB). The AfDB in a special dedicated high-level panel will be unveiling the modalities and details of African Development Bank’s USD-300 million Affirmative Finance Action for Women in Africa (AFAWA) program. AWIEF is committed to not just talking about the issues affecting African women’s economic empowerment but, most importantly, AWIEF is committed to taking action and engaging in programs and initiatives through AWIEF NGO and social enterprise that will create that positive impact and actually change the African Woman’s economic fortune for the better.

The event is holding on the 29th and 30th of September at The Civic Centre, Victoria Island, Lagos. Pre-conference workshops powered by GOOGLE and LEAP Africa to be held on the 28th of September 2016. Registration is ongoing online @ www.awieforum.com or by email to: info@icoconferences.com.