One of the hot topics that will be discussed at AviaDev Africa this October will be the “National Carrier conundrum”– a impediment to or catalyst for economic prosperity?

Ahead of the event, we spoke with the Director at Grant Thornton, Martin Jansen van Vuuren to gather his opinions. 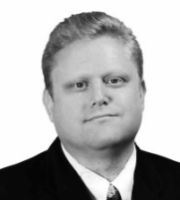 JH: Why do you think there is an obsession with having a national carrier in Africa?
MJ: I think it stems from a sense of national pride and shows a certain level of development. Every country aspires to be seen as more developed than its neighbours and there are certain items that are aspirational. A national airline is one, along with national assets such as a convention centre, parliament building and military force for example.

JH: In 2016, African airlines made a combined loss of around $800 million, much of this coming from national carriers. What do you feel are the key issues that need to be addressed in order to change the fortunes of the continent?
MJ: I feel that, ultimately, a national carrier is there to provide access to a region/country. However, in the past, there has not been enough thought given to the process of route development. Put simply, routes were created according to political allegiances and not because they were commercially viable. The importance of strategic less viable routes are recognised but this should be balanced with commercial viable routes to ensure the long-term sustainability of the national carrier.

Open skies is another huge issue. It has been talked about for almost 30 years and whilst the right noises are made during meetings to discuss the implementation, this commitment falls flat once everyone leaves the conference room. This is often because each country has to protect its national carrier as it is a state owned enterprise that is too big to be allowed to fail at the hands of competition.

One potential solution is to partner with an airline that has the expertise to run the airline profitably, but will in essence run the airline like a national carrier. A great example of this is ASKY from Togo, which is part owned by Ethiopian, but operates from a base in Lome and has seen success (posted a profit in 2016).

JH: One national carrier that has bucked the trend is ET. What do you think are the secrets to their success?
MJ: They have adopted a more intelligent approach to route development, understanding market forces and making commercial route planning decisions. There is also limited government interference in the day to day running of the airline. Undoubtedly, Addis’ geographic location on the African continent lends itself to being a hub for the rest of Africa.

It is my view that too many airlines want to get too big too quickly and Ethiopian have expanded, but always at a sustainable rate.

JH: So, how do you feel about the hosts of AviaDev, RwandAir- will they succeed with their national carrier project?
MJ: First of all, I think it is important to highlight the potential of Kigali and Rwanda as a regional hub for both business and tourism development. As other major cities in the region become more and more congested, Kigali will become more attractive as it has proved itself to be orderly, clean and efficient, provides connectivity and it also boasts a well-educated population.

Regarding the airline, the government have adopted a long-term vision. They have realised that they have to carry to capital cost of investing in new aircraft and the trade-off will be that aviation can be the economic enabler to stimulate the wider economy. A holistic strategy incorporating initiatives to invest in Rwanda will improve the utilisation and ultimately the viability of the airline.

Find out more about this landmark event for African aviation development and register now at www.aviationdevelop.com