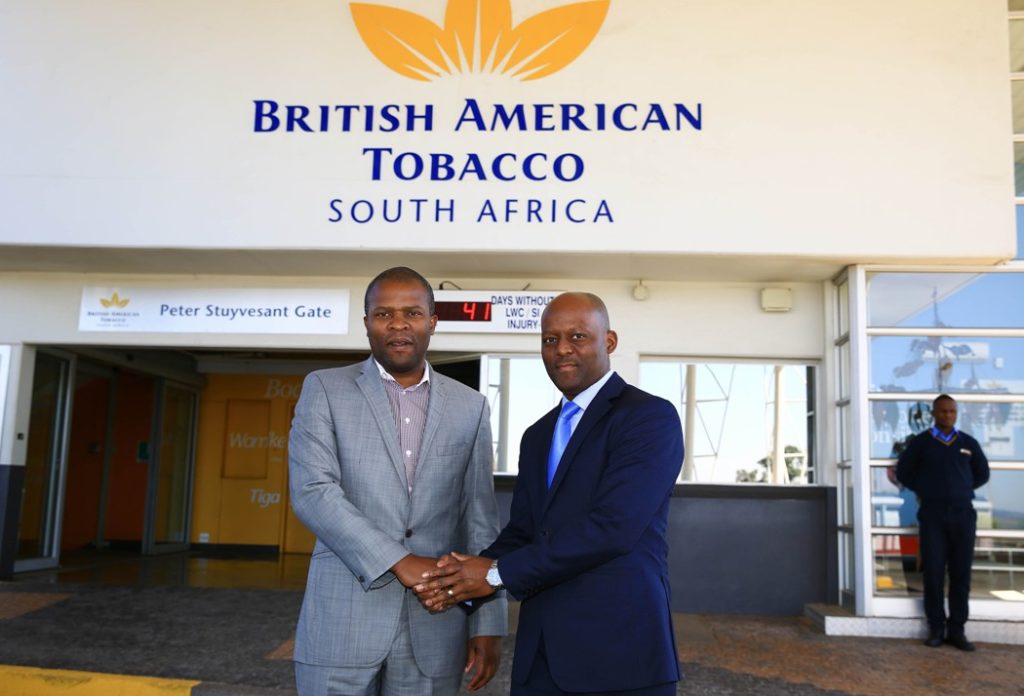 British American Tobacco South Africa (BATSA) is among the most efficient users of capital in creating jobs and stimulating production, a study shows, supporting 36 352 full-time equivalent jobs and contributing R12.8 billion to total provincial GDP in Gauteng province alone, according to a recent independent research report into the company.

However, BATSA’s positive impact on the Gauteng economy is limited by increasing illicit tobacco trade in South Africa, which is estimated to cost the National Treasury almost R6 billion in lost revenue each year.

Gauteng MEC for Economic, Environment, Agriculture and Rural Development Lebogang Maile paid a visit to the company’s Heidelberg factory on Monday, 4 September for a first-hand view of its impressive operations, and a briefing on the negative impact of the illicit trade on the company and on the Gauteng Province.

“The eighth largest BAT factory in the world is located right here in Heidelberg, where it is the biggest employer in the Lesedi municipality. The facility produces around 27 billion sticks per annum for both the local market and export,” said Bongumusa Makhathini, Area Head of Legal & External Affairs at BAT Southern Africa.

“However, we know that we could do much, much more. Our ability to positively contribute to the provincial (and national) economy is directly impacted by the growing instances of illicit trade in South Africa, and we need to make the public aware that if this trend continues, it will lead to job losses at our production facilities.”

For this reason, the company has recently embarked on a public awareness campaign, Keep It 100, to bring the issue of illicit tobacco into public discussion. The campaign launched with a burning billboard in central Johannesburg and will continue on social and traditional media until December.

At present, the bulk of BATSA’s manufacturing operations are located in Gauteng, and it has a substantial economic footprint in the province. The company’s initial contribution to production in Gauteng amounted to R9.3 billion, and it employed 1 093 people directly, with a wage bill totalling R485m in 2015. This means that BATSA alone generated R11.27bn in tax revenue, and contributed R12.8bn to the total GDP of Gauteng.

“All of this amounts to nothing if we have to cut jobs because of increasing illicit tobacco trade in South Africa. If someone is paying less than R16.50 for a pack of cigarettes, they are not paying the tax required by law on that pack of cigarettes. Purchasing legal cigarettes instead of cheaper, illegal ones means that you are contributing to the national fiscus, and ensuring ongoing employment for our employees,” continued Makhathini. 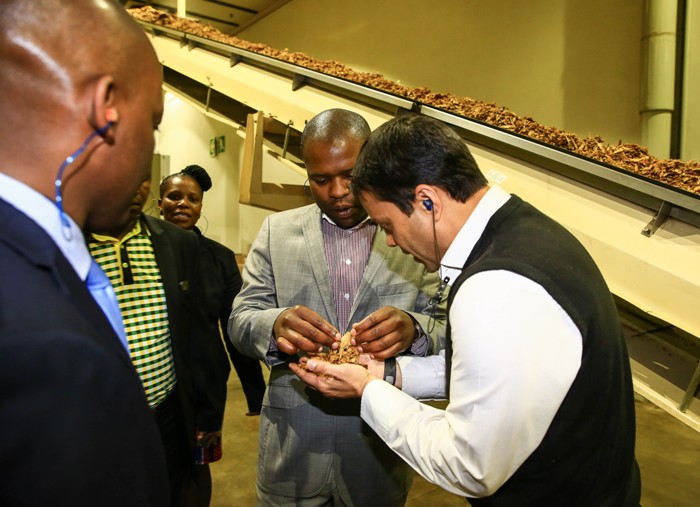 For every R10m of capital investment, BAT South Africa’s operations in Gauteng and its value chain created 25 jobs, giving it a labour-to-capital ratio of 2.5, which is well above the provincial average for all industries of 15 jobs per R10m invested, the economic impact study by independent research house Quantec showed.

The company’s GDP-to-capital ratio is 0.90 for Gauteng, meaning that for every R10m worth of capital expenditure, BAT South Africa and its direct, indirect and induced activity stimulates R9m in GDP for Gauteng, also considerably higher than the provincial average of around R3.6m.

The Quantec study analysed the direct contribution of BAT South Africa to the national and Gauteng economy, as well as its indirect and induced impacts – also known as multiplier effects.

Of particular interest to Maile, who has been a champion of revitalising the township economy, would be the finding that BAT South Africa’s reliance on independent outlets to sell its products has a significant impact on employment in the wholesale and retail trade sector.

This includes informal retailers such as spaza shops, which make up the largest portion, or 69 453, of the 179 000 outlets across the country that sell its products.

In addition to these substantial initial contributions to the provincial economy, BAT South Africa’s operations also have high spin-off effects in Gauteng. Considering the company’s direct, indirect and induced effects, its impact included:

When taking into account the first-round effects on employment, BAT South Africa’s operations sustained an additional 3 517 jobs in Gauteng among direct suppliers to the company. The indirect and induced impacts accounted for another 31 742 jobs. Altogether, BAT South Africa’s operations in Gauteng supported 36 352 full-time equivalent jobs across the province – representing 0.69% of all employment in Gauteng.

The vast majority of jobs sustained by BAT South Africa’s operations in Gauteng were in the formal sector (78.4%). Considering only formal employment, the company’s province-wide employment multiplier was estimated at 26.08. This means that for each person directly employed by the company in Gauteng, 25 additional upstream and downstream formal sector jobs were sustained in the province.

When taking the informal sector into account, the employment multiplier increased to 33.26, or more than 32 additional formal and informal jobs supported for each person employed directly by BAT South Africa in Gauteng.

The full Quantec study can be found online