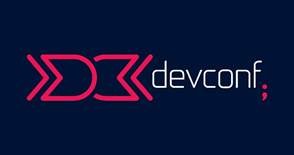 Developers risk becoming so enamored by the brilliance of a new technology that they could lose sight of the impact their products should have, says international software geek David Hussman.

Hussman, set to travel to South Africa in March this year as the keynote speaker at the third annual DevConf developers’ conference, says it’s time for developers to redirect their skills and focus first on the products and people they will impact above building eloquent solutions. 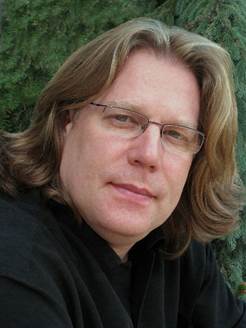 “[Internationally renowned computer programmer] Ward Cunningham says computing has become so ubiquitous that anyone can do it. Now, there is so much code running, and so many people coding, that more people are producing more code but not really more value, often times overlooking the impact the product will have on customers and investors,” he says.

Historically, when people started developing computers to take them to the moon, their focus was on the outcome – getting people to the moon. Their programs were a means to an end. As personal computers became mainstream in the 1980s, this focus shifted. Software engineers started exploring the possibilities of the code, sometimes losing sight of what impact the eventual product was supposed to have. “The exploration of the pure programming accelerated up in the 90s with the proliferation of laptops, and exploded in the 2000s with the introduction of mobile. I’d argue that in some cases, the code gets more focus that the products do,” he says.

He cites notable exceptions, including Steve Jobs, who asked people at Apple to “Make the world a better place’. “It wasn’t about making a cool little Mac – it was about the impact these technologies could have. And if you look at a modern version of that, there is Elon Musk – he’s really kind of a crazy man. But he’s building tech that’s just a means to an end. He too wants to make the world a better place, not just build the next cool electric, autonomous vehicle”

Hussman highlights other fields in which engineers focus on the outcomes more than on what goes into them: “A lot of the really clever solutions come from engineers when they focus on the problem to be solved or the customer need. For example, my sister in law is an aerospace engineer – her team is charged with making great planes that work well for pilots and passengers.”

He notes that engineers in Canada receive iron rings at their graduation as a reminder of their commitment to quality and people. These rings were originally hammered with rough outer facets, which wore smooth and shiny over the years as their wearers rubbed them and were reminded of their commitment. However, these examples represent one-time structures such as bridges and aircraft that rarely evolve in their lifetimes, he says. “In ecosystems such as software engineering, things change, so essential beauty in the code is its ability to evolve and adapt to the needs of the consumers and the changes in the market.”

“In software engineering, people need to start with a deep understanding of the customer needs before diving too deep into the engineering aspects, growing an awareness that engineering is one of many, aspects of the final product. There are many teams, and companies, so excited about automating their pipeline that they are missing the fact their output has limited positive impact on their customers.  I’d like to see more software engineers becoming product developers. Some of the most essential changes in the early days of the agile movement came from engineers and other technologists. They had the essential skills to innovate with technology to open the doors for more frequent validation of real customer impact. I’d like to see a renaissance of that spirit in the form of 21st century product developers” he says.

David has been a programmer for 25 years. For the last 8 years, he has led DevJam, teaching and coaching a blended cadence of product discovery and product delivery.

David has worked with companies of all types and sizes around the world, helping them to build better systems with a culture of DevOps, enabling them to learn faster about products and customers, and respectfully supporting and challenging leaders to help teams learn faster and build to meet real customer needs.

He was awarded the Agile Alliance, 2009 Gordon Pask Award and has contributed to Agile at Scale, Story Mapping and many other publications and presentations. His keynote talk at DevConf 2018 in South Africa will explore What Developers can do to make the world a better place. His presentation will assess how developers can change focus to ensure their work has a real and lasting impact.

DevConf 2018, South Africa’s premier developers’ conference, will see over 850 developers participating at the events in Cape Town and Johannesburg in March this year.

For more information, and to book your seat go to http://www.devconf.co.za/ or follow @devconfza