The 2nd Africa Oil & Gas Local Content Conference & Exhibition (ALC 2018) has started at the Epic Sana Hotel in Luanda. The conference, organised by the African Petroleum Producers Organization (APPO), the Ministry of Mineral Resources and Petroleum of the Republic of Angola and AME Trade Ltd, gathered over 250 delegates on its first day from the private and public sectors of the oil & gas industry.

The opening ceremony has started with the addresses and remarks of Mahad Ahmed, Managing Director of AME Trade, Andre Kostelnik, Lead Country Manager of ExxonMobil in Angola, Olivier Jouny, Managing Director of Total E&P Angola, H.E. Mahaman Laouan Gaya, Secretary General of APPO, H.E. Diamantino Azevedo, Minister, Ministry of Mineral Resources and Petroleum, Republic of Angola represented by:  Hon. Paulino Fernandes Jerônimo, Secretary of State for Petroleum Ministry and H.E. João Lourenço, President of the Republic of Angola, represented by the Hon. Frederico Cardoso, Minister of State and Head of the Civil House of the President of the Republic of Angola. 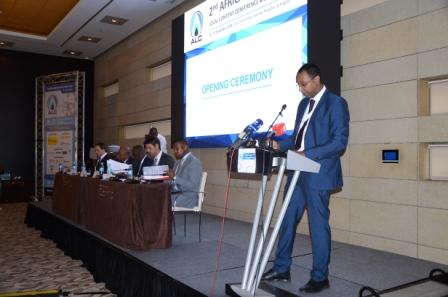 Throughout the first day of ALC, 21 expert speakers have discussed local content policy development and regulatory frameworks across the petroleum producing countries and what needs to be implemented to develop trust and attract investment. They have also showcased National and International Oil Companies (NOCs and IOCs) that have worked in unison to increase local content expediently and to develop communities through social economic enhancement. They have finally analysed the strategy and risks involved in financing domestic enterprises, which requires both government and private funding.

Expert speakers and key stakeholders of the industry will continue the dialogue on stimulating Africa local content strategy and influencing local content policies within the oil & gas sector during the second day of ALC.