Truecaller released findings from its Truecaller Insights report, a look into the top 20 countries affected by both spam SMS and calls in 2019. The third edition of the report highlights that nuisance and unsolicited calls continue to be on the rise around the globe.  Last year, Brazil overtook India as the most spammed country in the world, and as this year’s data shows, Brazil is still on top.

South Africa is not far behind and is still ranking in as one of the most spammed countries in the world, the insights study has revealed that the 1.7 million daily active Truecaller app users receive a total of 25 spam calls monthly, a 20 percent increase from last year’s findings. 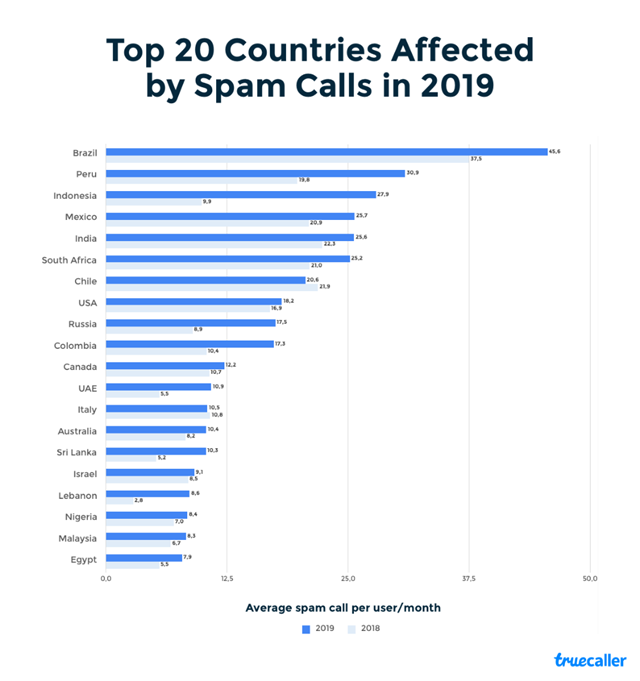 This year Truecaller also looked at the trends of spam SMS around the world and have been able to pinpoint the top 20 countries that receive the most spam. The data shows that the top countries receiving the most spam via SMS are the emerging markets. 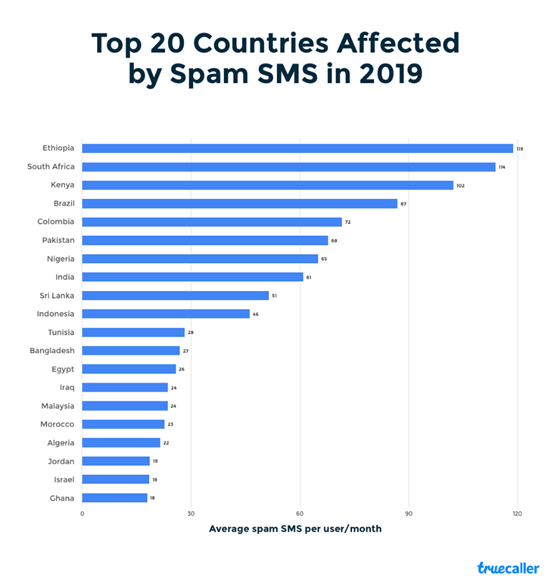 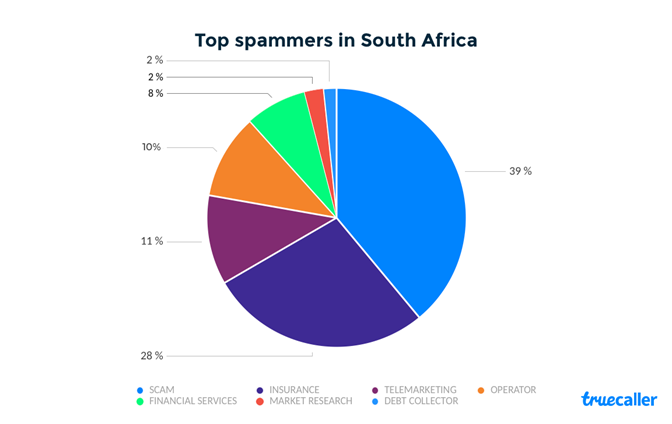 A closer look at spam calls in South Africa

Scam calls continue to be a big threat for consumers in South Africa (39%). The most common scams are:

Also, insurance-related calls have seen a big uptake in the country. Lately, there have been complaints about insurance companies calling people to upsell car insurance – or scammers calling and pretending that your car has been towed away and that you need to pay a fee to get it back.

What other trends we are seeing?