Profit before net finance costs decreased to R154.9 million compared to R234.4 million in the comparative period mainly due to downward adjustments in the fair value of listed investments. 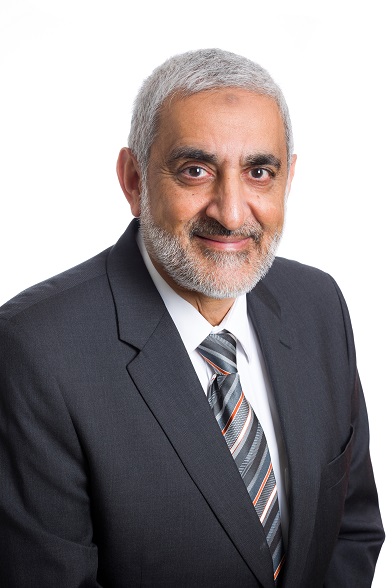 “Downward revaluation of investments including Equites, Multichoice Group, and STADIO contributed to the after tax loss of R129.6 million. These fair value losses track a pattern of downward movement in share prices on the JSE over the same reporting period in which the markets were hardest hit by the COVID-19 pandemic. These losses offset the R82.8 million profit at subsidiary Lion of Africa Insurance Company,” says Brimstone’s CEO Mustaq Brey.

Brimstone was prudent in implementing its de-gearing strategy during the period and utilised R496.7 million generated from the disposals of part of its investments in Equites and Phuthuma Nathi to settle debt funding of R528.1 million during the period.

“Sea Harvest’s revenue increased by 7% to R2 billion, benefitting from good performances from the South African fishing segment, Cape Harvest Foods which includes Ladismith Cheese and the Australian operations. Whilst Sea Harvest was classified as essential services during the national lockdown and thus allowed to operate, COVID-19 did have a severe impact on the Aquaculture segment. Sea Harvest spent R11.2 million during the period on direct COVID-19 related costs prioritising the safety of their employees, customers and communities,” says Fred Robertson, Executive Chairman of Brimstone.

During the period, Brimstone acquired an additional 120 000 shares in Oceana Group for R7.1 million, increasing its shareholding to 25.01%. The fair value of Brimstone’s investment in Oceana was R2.3 billion at 30 June 2020. Brimstone received dividends of R32.6 million from Oceana after period end.

COVID-19 and the resultant national lockdown has had a severe impact on trading conditions for House of Monatic, as well as its customers. Revenue decreased by 58% to R28.3 million for the first half of the year, compared to the comparative period. On the positive side, the pandemic has led large South African retailers to indicate that they will look to increase the amount of local sourcing and House of Monatic is optimistic that this will have a positive impact on the 2021 winter season.

At subsidiary Lion of Africa Insurance Company the run-off plan is progressing well.  The company reported a net profit of R82.8 million compared to a loss of R55.2 million in the prior comparative period. The profit for the period arose primarily due to claim recoveries and reserve releases.

During the period Brimstone acquired an additional 55% interest in Obsidian Health for a cash consideration of R36.0 million, increasing its total shareholding to 80%. Obsidian is a leading supplier of innovative healthcare solutions to both the private and public healthcare sectors within Sub-Saharan Africa. With the onset of the pandemic, most hospitals were only performing critical surgeries in order to preserve ICU beds for COVID-19 patients. This negatively impacted Obsidian’s revenue from its theatre focussed products. Obsidian is positive about the long term opportunities which exist in the healthcare market in South Africa and the rest of Africa given the large percentage of the population who still need access to affordable and suitable levels of healthcare.

Brimstone’s  18% stake in Aon Re Africa, a leading reinsurance broker licensed and operating in Sub-Saharan Africa and the rest of Africa contributed R13 million to profits and delivered a dividend of R4.1 million after the period end.

Brimstone disposed of 20.9 million shares in Equites for R321.4 million during the period under review decreasing its shareholding to 2.3%. This investment was revalued downwards by R143.3 million to R233.2 million at end of the period. Brimstone received dividends of R26.9 million from Equites during the period.

The investment in FPG Property Fund was revalued upwards by R9 million to R183.1 million at period end. FPG Property Fund is a Cape-based black-owned and managed unlisted property fund valued in excess of R4 billion. It owns a portfolio of properties catering mainly for the retail convenience and neighbourhood sectors in South Africa and the United Kingdom.

In a further announcement released after the interim results Brimstone reported that it will dispose of its shareholding in Life Healthcare. “In light of the general economic uncertainty, currently further impacted by the COVID-19 pandemic, the Board has undertaken a strategic review of its investment portfolio having regard to its long-term strategy. We have identified assets that we believe can be disposed of at acceptable valuations without jeopardising this strategy. The proceeds from these disposals will be applied to meet Brimstone’s funding obligations in the near to medium term. We have already settled bridge funding in the amount of R528.1m during the period and this disposal allows us to further settle debt,” says Brey.

“In a period of extreme uncertainty, volatility, and challenges caused by the COVID-19 pandemic, together with a weak economy, Brimstone has been decisive in its strategy to de-gear. This is evident in the disposals of some of our investments during the period. As a 25 year old company, and one of the very few truly broad-based black-owned companies listed on the JSE, we have seen many peaks and troughs in the business cycle. These experiences have helped to inform our strategy of being prudent and decisive in managing our debt and delivering long-term value to shareholders,” concluded Robertson.