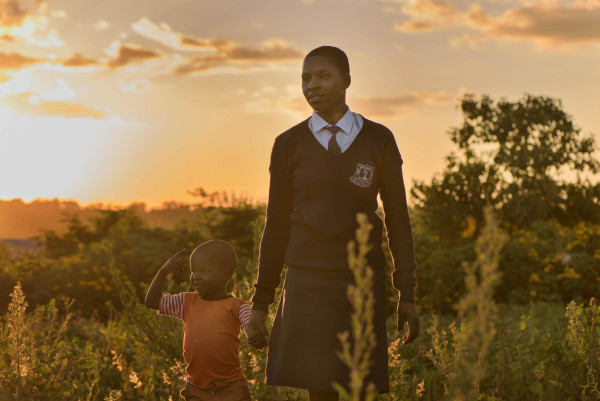 African governments across the continent should accelerate efforts and provide adequate funding to ensure that all children can enjoy their right to an education, Human Rights Watch said today to mark the African Union’s Day of the African Child.

Despite important progress over the past decades to ensure wide ratification and implementation of the African Charter on the Rights and Welfare of the Child, many African children are denied their fundamental right to education. This includes tens of thousands of girls who face discriminatory barriers due to pregnancy, parenthood, or child marriage. Children in at least 18 African countries are affected by attacks against education and the military use of their schools.

“Children across Africa face many interconnected abuses and barriers every day to their right to an education,” said Carine Kaneza Nantulya, Africa advocacy director at Human Rights Watch. “Millions of children have been excluded or have fallen behind on their learning during the pandemic, and the economic impact has forced many to take on often hazardous and gruelling work, forcing them to drop out of school.”

The 2021 African Union theme focuses on accelerating implementation of its Agenda 2040, which outlines the AU’s commitments to secure progress for children and young people. Ensuring the right to free, quality, and inclusive education, and reducing inequality in access to quality education is key to carrying out this agenda.

Even before the Covid-19 pandemic, sub-Saharan Africa had the world’s highest out-of-school rates and the highest rates of exclusion. Thirty-two million primary-school-age children and 28 million adolescents of secondary-school age were out of school. Pandemic-related school closures, and the lack of access to remote offline or online learning, have exacerbated previously existing inequalities.

Millions of children already faced financial, social, and discriminatory barriers and were at high risk of being excluded from a quality education – especially girls, children with disabilities, children from low-income households, and those living in areas affected by armed conflict. The increased reliance on private schools or unlawfully levied school fees and other indirect costs in public schools have long been a barrier for many children, including in countries that theoretically guarantee universal free primary and secondary education.

The pandemic has further exacerbated Africa’s socioeconomic inequalities and exposed existing gaps in education, health, and social protection systems, with significant impact on children’s lives. Nationwide school closures also contributed to an increase in child labor. Many children had no access to remote learning.

In countries including Uganda and Ghana, where cash assistance programs for families during the pandemic have been insufficient, many children have been forced into exploitative and hazardous child labor to support their families. In many cases, children had already dropped out of school before the pandemic because they could not afford to pay school fees, or were working grueling and long hours not only to support their families, but to earn money so they could return to school.

New estimates from the International Labour Organization and UNICEF found that in Sub-Saharan Africa, the number of children in child labor grew by 16.6 million between 2016 and 2020, driving the first increase in global rates in 20 years.

The African continent has the world’s highest adolescent pregnancy rates, and teenage pregnancies increased during lockdowns in various countries. Across Africa, tens of thousands of students are barred from school because they became pregnant or are parents. Many countries do not have policies for re-entry after giving birth or to manage adolescent pregnancy in schools.

Governments that have made strong commitments in recent years to ensure that pregnant girls and mothers can attend school should swiftly put the promise into action. They should follow the examples of Sierra Leone, Uganda, and São Tomé e Principe, which recently removed bans or amended policies to ensure that pregnant students and parents can resume formal education in public schools.

African governments should urgently adopt plans to redress the right to education for millions of students who are at risk of not returning to school once schools reopen for in-person teaching, as well as those who aged out of compulsory education during the pandemic. They should also ensure that primary and secondary education are fully free, guarantee quality, inclusive education to children with disabilities, strengthen public education systems, and ensure adequate investment and resources for education.

The African Union should also press governments to urgently adopt laws and policies that encourage girls to stay in school, and stop banning pregnant girls from continuing with their education and succeeding academically, Human Rights Watch said.

In response to the increase in poverty during the Covid-19 pandemic, governments should provide cash allowances to families who need them. Governments should ensure that schools do not charge any fees or expect family contributions and follow up with children most at-risk of dropping out to ensure that they return to school.

All African Union countries should endorse the Safe Schools Declaration, an intergovernmental commitment to strengthen the prevention of, and response to, attacks on students, teachers, schools, and universities during wartime. Although 30 African countries have endorsed the declaration – and have been leaders in implementing its commitments over the past year, children, teachers and schools are under attack, including in Burkina Faso, Cameroon, the Democratic Republic of Congo, Ethiopia, and Nigeria.

The ongoing fighting in Ethiopia’s Tigray region is depriving many children of an education, with all parties to the conflict using schools as military bases, and soldiers damaging schools, destroying classrooms, and taking away learning equipment, Human Rights Watch found. In Nigeria, schools and schoolchildren are the target of high-profile attacks and abductions by armed groups, including insurgency groups like Boko Haram.

The African Union should continue its call on member states to ensure that children are safe from attacks against education and restrict the use of schools for military purposes, Human Rights Watch said.

“To achieve the AU’s Agenda 2040, the African Union should ensure that all African children have access to a good quality education, and that they are safe from violence, exploitation, or discrimination in any context,” Kaneza Nantulya said. “African governments should ensure that children are front and center in their pandemic recovery plans, prioritizing education, and urgently tackling longstanding problems in public education systems caused by the absence of legal frameworks, and inadequate policies and resources.”