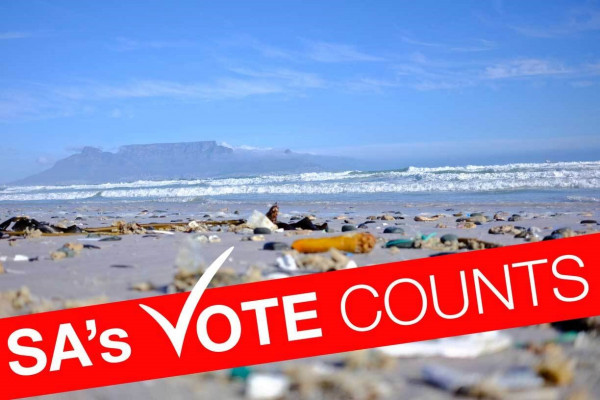 Greenpeace Africa (www.Greenpeace.org) and its #BreakFreeFromPlastic partners have launched a campaign urging the Department of Forestry, Fisheries and the Environment (DFFE) to reconsider its stance on a new global plastics treaty and publicly commit to its support.

Last week, the Mail & Guardian exposed (https://bit.ly/2SgQy0v) the DFFE's plan to suggest that the country vote against a proposed Global Plastics Treaty at a ministerial meeting to be held in September[1]. Leaked documents indicate South Africa's intentions to capitalise on the plastic pollution crisis through importing plastic waste for profit. DFFE arrived at this position after consulting only with business interest groups.

South Africa leaks 79 000 tonnes of plastic waste into oceans and river systems every year. A recent United Nations report found society’s most vulnerable bear the brunt of the plastic crisis. [3] By rejecting the new global treaty on plastics, the DFFE is failing in its mandate to protect South Africans' constitutional right to a healthy environment by continuing to enable a toxic industry.

“It is becoming clearer that the DFFE has been captured by business interests.The government knows that South Africa is the 11th worst offender on the continent in terms of plastic leaking into the ocean. That they would still reject a treaty designed to remedy this shows their disregard for the environmental rights of the country.”

The plastic waste trade has increasingly come under international scrutiny, particular because of its impact on marginalised communities. [3] Yet, in media interviews last week, DFFE spokesperson Albi Modise admitted that the document was drafted by officials within the department. He also indicated that there are already approval processes in place for companies to apply for licences to trade plastic waste in South Africa.”

“If the South Africa government lacks ambition in their policies around plastic at a national level, it is not surprising that they plan to take a weak position toward the global push toward dealing with the plastic crisis.”

“South Africa really must not undermine more ambitious positions put forward by other African governments in trying to curb plastic pollution. Countries like Ghana and Senegal are much more progressive toward the idea of a plastic treaty. They should be learning from these governments, and not trying to derail their efforts.”

The #BreakFreeFromPlastic coalition urges all South Africans to support their call to the government by signing the petition here (https://bit.ly/2SCMaJe).

Distributed by APO Group on behalf of Greenpeace.