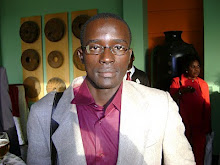 Access Bank (Gambia) Ltd on Wednesday held its fifth Annual General Meeting (AGM) at the bank’s head office along Kairaba Avenue. Started with a required quorum, the meeting witnessed the Chairman board of directors of the bank, Bai Mattar Drammeh, declared total assets and contingents to have grown by 7.7% from dalasi 920 million in 2010 to dalasi 991 million as at end December 2011. “The bank implemented turnaround strategies that resulted to operational profit (before credit loss) of GMD3 million compared to a loss of GMD16 million in [the] year 2010. However, the high level of non-performing loan was a challenge and resulted to further provision,” he said. Mr Drammeh pointed to the global economy slow recovery and said fears of recession “remained prevalent with a rash of sovereign rating downgrades across Europe”. However, as emerging and developing markets like Gambia continue to outperform the global economy growth benchmarks, Mr Drammeh pointed that the country’s economy in particular was “challenged with the poor harvest season” that left thousands of Gambians surviving on bread and water. The Gambia’s central bank was not left out in creating a climate of steady economy growth, despite u-turn global economy growth. Mr Drammeh was clear when he added: “The year was characterised by government policies that ensured better fiscal discipline to tackle the decline in government revenue. “This reflected to improved fiscal position that has moderated inflation, interest and exchange rates. GDP grew by 5.4% and inflation hovered around 5% in year 2011.” Oladapo Fajemirokun as the new Managing Director and Chief Executive Officer. 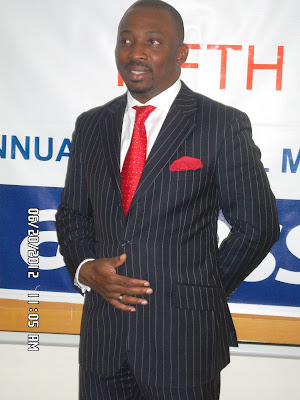 Mr Drammeh continued: “The year continued to be challenging for banks as they focused on cleaning up their balance sheet due to high level of non-performing loans. The focus of the banking industry is to meet the new regulatory minimum capital of GMD200 million by [end] December 31, 2012.” Bai Mattar Drammeh, who also serves as the president of the Gambia Chamber of Commerce and Industry went down memory lane to accentuate some of the undertakings Access Bank Gambia Ltd has been able to carry out. “The bank continues to demonstrate strong leadership role in discharging its Corporate Social Responsibility in the areas of education and health.” At the climax of the meeting, the Board appointed Oladapo Fajemirokun as the new Managing Director and Chief Executive Officer. Mr Fajemirokun, who has fifteen years of experience in corporate, development, commercial banking, and oil and gas, replaces Mr Oleka Ojiogo, who has worked six years with the bank in the country, two years of which he serves as a managing director.