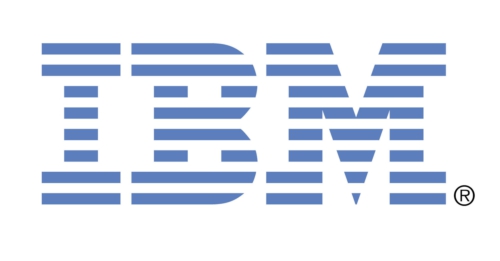 ARMONK, N.Y., July 16, 2012 /PRNewswire/ — Mobile shopping rose while social media sales fell, providing an indication of where US retailers may invest in order to capture the attention and loyalty of the digital consumer, according to a new report from IBM (NYSE: IBM). The IBM Retail Online Index, a cloud-based analysis of the online retail sector reported that retailers experienced 15 percent growth in sales from mobile devices but saw a 20 percent decline in sales traced to social media based on a much smaller base over this three-month period. 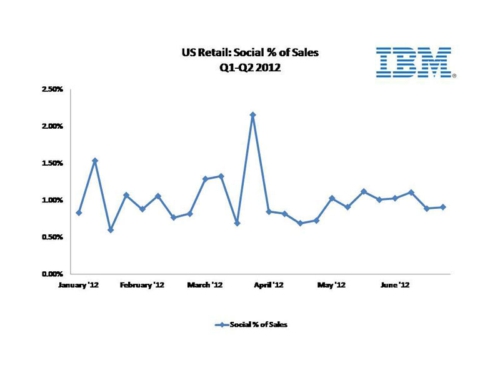 This report follows today’s news from the U.S. Department of Commerce’s Census Bureau which announced its estimates of U.S. retail and food services sales. According to the findings, retail sales fell 0.5 percent in June from May, the third straight month sales have been down from the month before. On a positive note, June 2012 sales were 3.8 percent above the pace of June 2011.

The IBM Retail Online Index integrates factual marketplace data from its analytics offerings including the Benchmark with insights from the IBM Social Sentiment Index, an advanced analytics and natural language processing tool that analyzes large volumes of social media data to assess public opinions.  The combination of these two offerings provides the most accurate and immediate snap shot on the state of the online retail market.

IBM’s Retail Online Index identified several trends of importance to chief marketing officers (CMO), e-commerce leaders and customer service professionals. Over the second quarter consumers continued to embrace mobile devices as a shopping tool, with mobile commerce accounting for 15.1 percent of all online purchases, an increase of more than 14 percent. Despite this momentum retailers are still struggling to sustain substantial success with their social media efforts, evidenced by a more than 20 percent drop in social shopping.

According to IBM’s State of Marketing 2012 survey, one explanation for social commerce’s failure may be the absence of a CMO and CIO alliance which is critical as marketing and online commerce become increasingly technology-driven. The lack of this alliance hinders the deployment of integrated technologies capable of fueling effective social media efforts. A second factor is marketing’s inability to form a clear consensus on how to utilize social channels. As a result, the retail online index saw a decline in positive sentiment around social media, which according to the online index dropped from 25.1 percent in Q1 to 18.6 percent in Q2. Leading factors for this shift were the lack of deals being offered by retailers through these channels, which were more prevalent in Q1.

“Shoppers today are shifting from a singular online approach to a multi-channel experience that includes both mobile and social media. As a result, retailers must be prepared to connect with their customers on all fronts, or lose them to the competition,” said Craig Hayman, General Manager, IBM Industry Solutions. “As we enter the home stretch for the 2012 holiday season, we will continue to watch how CMOs and CIOs tackle these challenges and create social media efforts that deliver value to the customer while driving revenue for the business.”

Over the second quarter, while online traffic and sales for Q2 were down 6.7 percent and 2.3 percent from Q1 respectively, there were signs of optimism. Specifically, for completed orders, shoppers bought more items (average items per order grew 2.6 percent) and spent more for each transaction (average order values for each purchase grew by 2.3 percent) over the second quarter.

Part of IBM’s Smarter Commerce initiative, the Retail Online Index draws data and insights from IBM’s big data offerings to provide the industry’s most comprehensive look into the pulse of online retail through traditional and social media channels.  The index analysis for second-quarter 2012 reveals the following trends:

Consumer Sentiment for Department Stores for Q2 2012 versus Q1 2012 based on the IBM Social Sentiment Index:

The IBM Retail Online Index features data from IBM’s analytics offerings including the Benchmark and IBM Cognos Consumer Insight. The IBM Benchmark is the only analytics-based, peer-level benchmarking solution that measures online marketing results, including real-time sales data. All of the data is aggregated and anonymous. Analysis of public social media content came via IBM Cognos Consumer Insight which provides insight into underlying holiday shopping trends, hot topics of discussion and consumer sentiment. This index is combined with the IBM Social Sentiment Index to measure positive, negative and neutral sentiments shared in public forums such as Twitter, blogs, message boards and other social media, and provides quick insights into consumer conversations about issues, products and services. Follow the conversation at #bigdata #IBMIndex

IBM’s Smarter Commerce initiative delivers software and services to help companies transform their business processes to more quickly respond to shifting customer demands in today’s digitally transformed marketplace.  The initiative is driven by the demands from organizations who are increasingly looking for ways to bring new levels of automation to marketing, sales and fulfillment to secure greater customer loyalty. The growth of mobile, social and online commerce are key trends within Smarter Commerce.

More information on Smarter Commerce can be found at www.ibm.com/smarterplanet/us/en/smarter_commerce/overview/