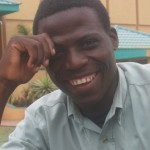 The Lilongwe District council has been successful in the construction of 30 Local Development Fund (LDF) funded teachers houses this year, according to Malawi Human Rights Youth Network (MHRYN).

MHRYN Acting National Coordinator Weston Happy Msowoya said so far, about 95 percent of the completed work has been successful in all the six Traditional Authorities (TAS).

“In our overall assessment, the project went well in almost all areas with the majority of houses completed with solar system and already occupied by the teachers. The completion period was on target as many finished between 90 to 100 days with no reports of corruption, so far, I can say Lilongwe is a model for other districts,” said Msowoya.

“In all these sectors, it was discovered that almost everyone on the ground had knowledge of the program although there were some problems on transparency and project’s impact.

“The development committees were able to handle the adjustments of material prices on the market due to the Kwacha devaluation and came up with standard houses,” he said.

Msowoya said the houses funding were within the range of K2.1 million to K2.8 million.

However, he said there were problems at Mitundu Primary School on procurement where the council official had to direct the Village Development Committee where to purchase the materials and another problem at Tsapa primary school in T/A Njewa where there was substandard work as the house is already showing cracks.

“Sometimes school pupils did not even know that they are taking part in LDF project, they were participating thinking they are just doing manual work as it is a policy that people on the ground should have enough information of the project,” he said.

Lilongwe District council was given about K1, 028 000 000 for classroom and teachers houses construction and public works program for 37736 beneficiaries this year.