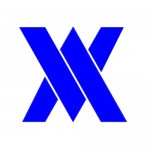 Robert Gerry, Chairman and CEO, commented: “With our partner, Total Gabon, we have elected to drill this well as a “tight hole” and therefore specifics of the operation will not be released until a later date. Suffice to say that VAALCO is excited about the results as the reservoir encountered is the same oil bearing sandstone that produces so prolifically from our offshore fields in Gabon. We are presently conducting additional operations to ascertain the size of the reservoir, reserves and plan of development.”

The discovery is located approximately six miles south of the producing Atora field operated by Total Gabon, and future development plans will investigate connecting into the field’s export pipeline.

VAALCO, as operator, and Total each share a 50% working interest in the joint operation on the 270,000 acre Mutamba Iroru block, located onshore near the coast in central Gabon. The block is subject to an 18% Gabon government back-in interest in the event of a development.

This press release includes “forward-looking statements” within the meaning of Section 27A of the Securities Act of 1933, as amended, and Section 21E of the Securities Exchange Act of 1934, as amended. All statements, other than historical fact, included in this press release that address activities, events or developments that VAALCO expects, believes or anticipates will or may occur in the future are forward-looking statements. These statements include prospect evaluations, objectives and timing of future drilling and development, capital expenditures, future production rates, reserve growth and other operations and activities. These statements are based on assumptions made by VAALCO based on its experience perception of historical trends, current conditions, expected future developments and other factors it believes are reasonable. Such statements are subject to a number of assumptions, risks and uncertainties, many of which are beyond VAALCO’s control. These risks include, but are not limited to, inflation, general economic conditions, oil and gas prices, lack of availability of goods, services and capital, actions by VAALCO’s venture partners, environmental risks, drilling risks, foreign operational risks, regulatory changes and risk factors contained in VAALCO’s Form 10-K for the year ended December 31, 2011 and other reports filed with the SEC. Investors are cautioned that forward-looking statements are not guarantees of future performance and that actual results or developments may differ materially from those projected in the forward-looking statements. These risks are further described in VAALCO’s annual report on Form 10-K for the year ended December 31, 2011, and other reports filed with the SEC which can be reviewed at http://www.sec.gov, or which can be received by contacting VAALCO at 4600 Post Oak Place, Suite 300, Houston, Texas 77027, (713) 623-0801. VAALCO disclaims any intention or obligation to update or revise any forward-looking statements, whether as a result of new information, future events, or otherwise.

VAALCO Energy, Inc. is a Houston based independent energy company principally engaged in the acquisition, exploration, development and production of crude oil. VAALCO’s strategy is to increase reserves and production through the exploration and exploitation of oil and natural gas properties with high emphasis on international opportunities. The Company’s properties and exploration acreage are located primarily in Gabon and Angola, West Africa and the United States.