Your budget travel plan will comfortably get you pretty far to Addis Ababa with adventures indoor and outdoor adventures. A land of history and unique natural sites are just the tip of the iceberg. There is so much more to this beautiful country and its capital city is no exception. It’s known for beautiful ancient monasteries, lavish palaces and luxurious hotels where you basically float down a wide heated pools and stop at tons of bars and restaurants along the way.

Start with the famous Haile Selassie’s former palace now main campus of Addis Ababa University which is surrounded by beautiful gardens, fountain and one of the best historical museum in Africa. Even if you’re not a museum enthusiast, this royal collection gallery is worth your time. Inside there are so many artefacts and handicrafts from the royal family. The exhibition gives a great insight into Ethiopia’s ancient cultures, crosses, musical instruments and way of life. The museum displays cycle of life from birth to death, bed room of the late emperor and his belongings.  On your way out stop at the long standing London double-decker bus which is turned into a cafe to enjoy cheaper soft drinks and fresh snacks to restore your energy from the tour at the museum.

The National Museum found near the former palace is among the most important in sub-Saharan Africa. It is home to the remarkable fossil discovery named Lucy who lived on earth 3.2 million years ago. The collections include arts and crafts, including traditional weapons, jewelries, utensils, clothing and musical instruments. Proceed to the popular central place called Piazza where you can see St George church built to commemorate Emperor Menelik II 1896 victory in Adwa during the Italian occupation. This church is also a place where Empress Zewditu and Emperor Haile Selassie were crowned. The church walls are decorated with stunning artistic works from Greek, Armenian and Indian artists and the renowned Ethiopian artist the late Most Honorable Maitre Artist World Laureate Afewerk Tekle.

Off the house of parliament, this massive unique architectural piece of art and baroque cathedral is the biggest worship area in Ethiopia seconding St Mary of Zion in Aksum. It’s also the final resting place of Emperor Haile Selassie and his wife Empress Menen Asfaw. It is one of the coolest and most magical structures in the country with glamorized collection of artifacts. The cathedral’s exterior include breathtaking pieces of Afewerk Tekle’s and foreign artists. 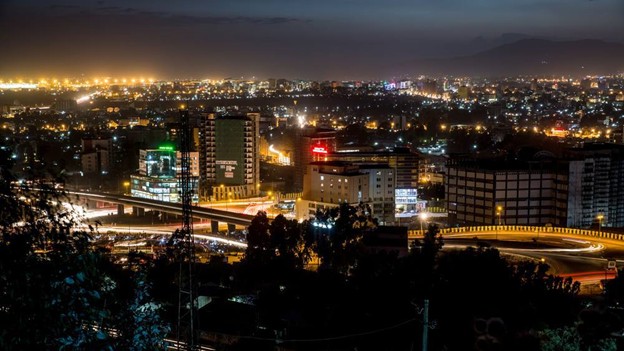 Certainly, there is no more exciting place to eat and to finish your tour in the capital than the alluring restaurants. Addis Ababa, which reinvented Ethiopian cuisine at different culturally decorated restaurants will serve your orders with live music, dance and one of its kind warm treatment. Dotted with local spices and mastic groves and decoration these places are culinary hotspots. Ethiopia, the second most populated nation offers a wide range of great organic and healthy cuisines. In fact, it is often described as the land of bread, honey, and grains which make up the diet of its people. The long history of the country influenced by over 80 ethnic groups resulted in a culinary variety of blended indigenous ingredients. The dishes consist of vegetables and meat served in a form of thick stew.

The country has its own unique breakfast, lunch and dinner delicious specialties. Truly this stunning destination is the safest and friendliest place for unforgettable escaped for sightseeing and test of yummy dishes.