Ever since robots were introduced in the science fiction genre, there’s been a fear that machines will take over and that soon, the days of humans being at the top of the food chain will be gone. The fear mongering has persisted with notions of robots overthrowing the workforce and humans being enslaved to the almighty lords of automation and binary code. Even though it’s true that many industries have embraced robotics, the reality is far removed from the plot of a Philip K. Dick novel.

Much like every industrial revolution before it, the fourth revolution ensures changes in how we work by driving productivity, efficiency and output to levels never seen before, mainly through the use of artificial intelligence and automation. According to market research firm Tractica, it was forecasted that the annual global revenue for artificial intelligence products and services would grow from $643.7 million in 2016 to $36.8 billion in 2025.

Yaskawa Southern Africa’s Managing Director, Andrew Crackett believes the increase in the use of robotics is actually creating new opportunities for employees rather than decreasing them.

“Yaskawa has implemented several projects at labour-intensive organisations to streamline operations,” he says. “Rather than see a reduction in staff, however, we’ve actually witnessed the employees being assigned to other areas or new positions. By freeing up resources from repetitive tasks that robots can handle, they’re now able to be upskilled and deployed to areas and tasks that require human cognitive reasoning.”

Unlike the world of Blade Runner, robots do not possess the power of the human mind. They’re capable of performing what they’re programmed to do – reliably and consistently – but for this to happen, they require someone with reasoning and problem-solving skills to implement these functions. At the end of the day, robots will always require quality assurance, operators and support staff. 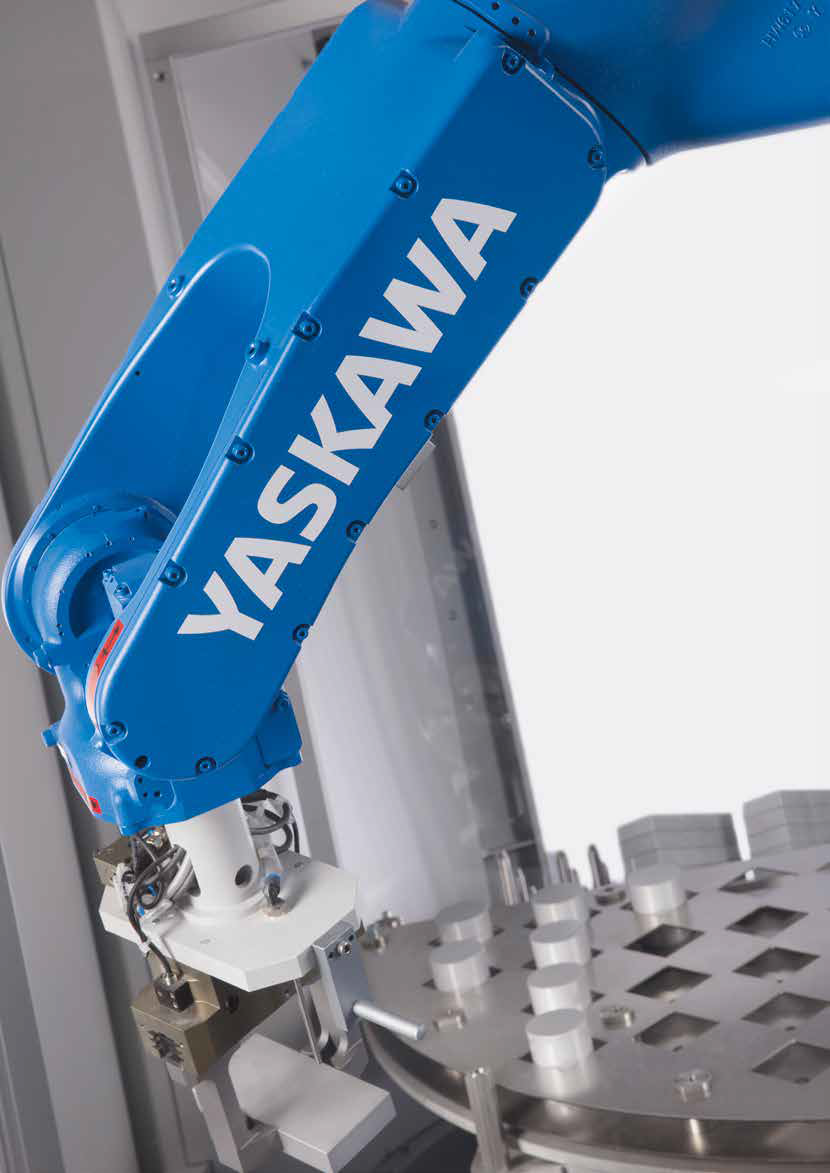 Apart from repetitive tasks, robots can assist with strenuous – and sometimes dangerous – functions that take place in factories. Palletising is a prime example. Previously, human workers were responsible for the packing and loading of boxes onto pallets for shipment or storage. It was a labour-intensive exercise where workers could tire or even be injured in the process, especially with the lifting and moving of heavier items. Now, this is a task that can be handled through robotic automation.

Not only will robots help prevent unnecessary injuries and dangers in this regard, but they also remove the need for many hands to touch the same surface. In current times, this is particularly useful as the world tries to be more health conscious and we move towards becoming a touchless society.

But robots aren’t the alpha and omega of factories, as explained by Crackett. “One of the common misconceptions that everyone has about robots is that they handle the entire manufacturing process – from start to finish – without intervention,” he says.

A robot is a tool just like any other type of machinery. It can be designed and programmed to execute fit-for-purpose functions, but it also has limitations and there are areas where humans will still predominate.

“The human eye, as an example, is able to identify an object’s location far quicker than a robot’s 3D vision ever will,” Crackett explains. “It’s about recognising the strengths and weaknesses of both humans and machines, so that we’re able to divide tasks more adequately to achieve better results.”

Ultimately, the factory of the future will not be a fleet of sentient robots operating like Skynet. Rather it will be an innovative hybrid model where human-machine collaboration will be at the core of its operations. Maybe science fiction is actually called fiction for a reason.