California-based JetPack Aviation announced on 14th July that it has completed flight testing with the first prototype – P1 – of its Speeder jet-powered, VTOL mobility platform. Trials concluded successfully in May. Flight testing began in December 2020, with two-axis tethers securing the platform, progressing through a single-axis tether and culminating in the aircraft flying with just a safety tether connection. The program achieved a series of test points aimed at proving the engine gimbal and articulated exhaust nozzle systems, as well as the flight controller. 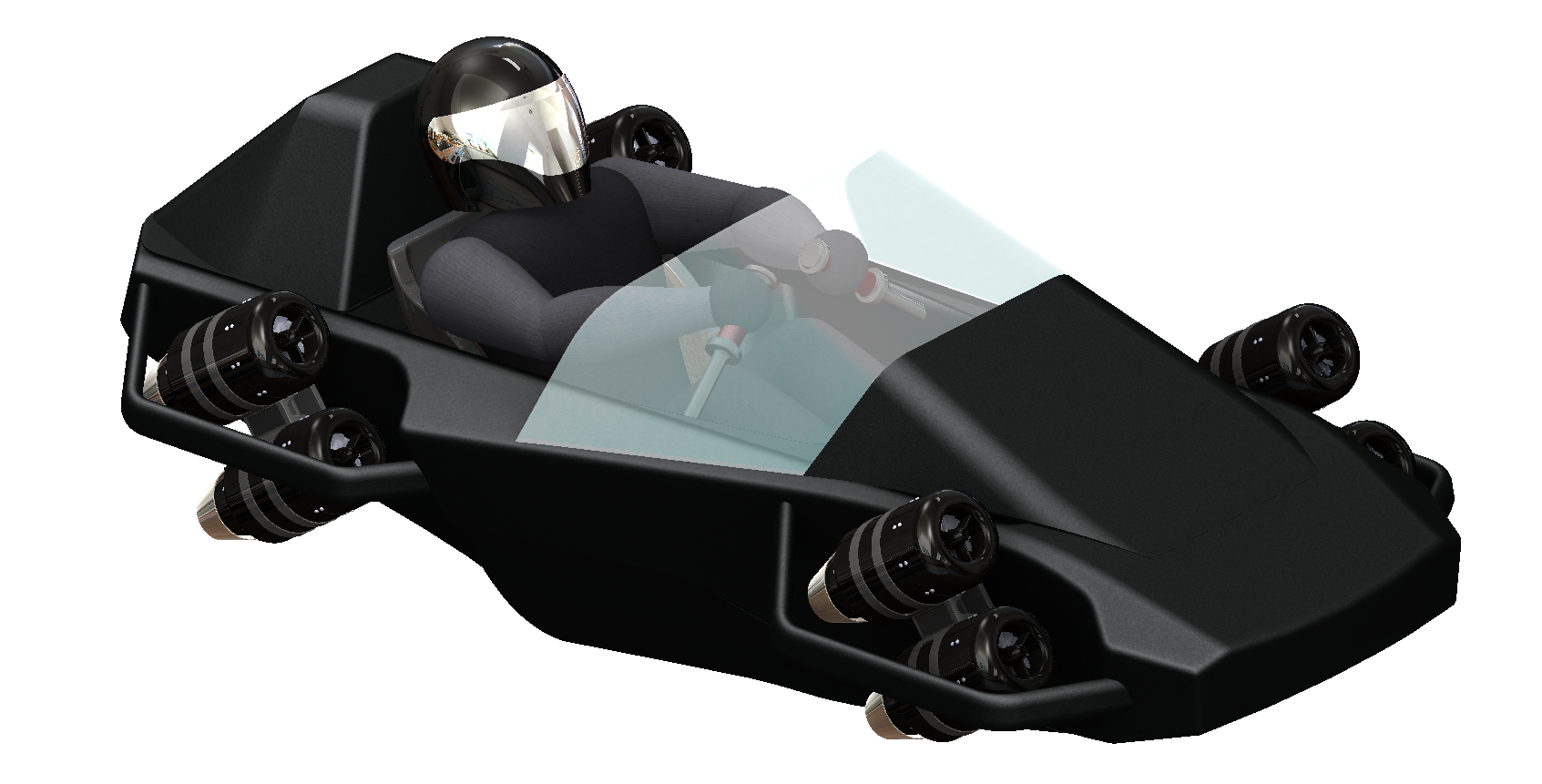 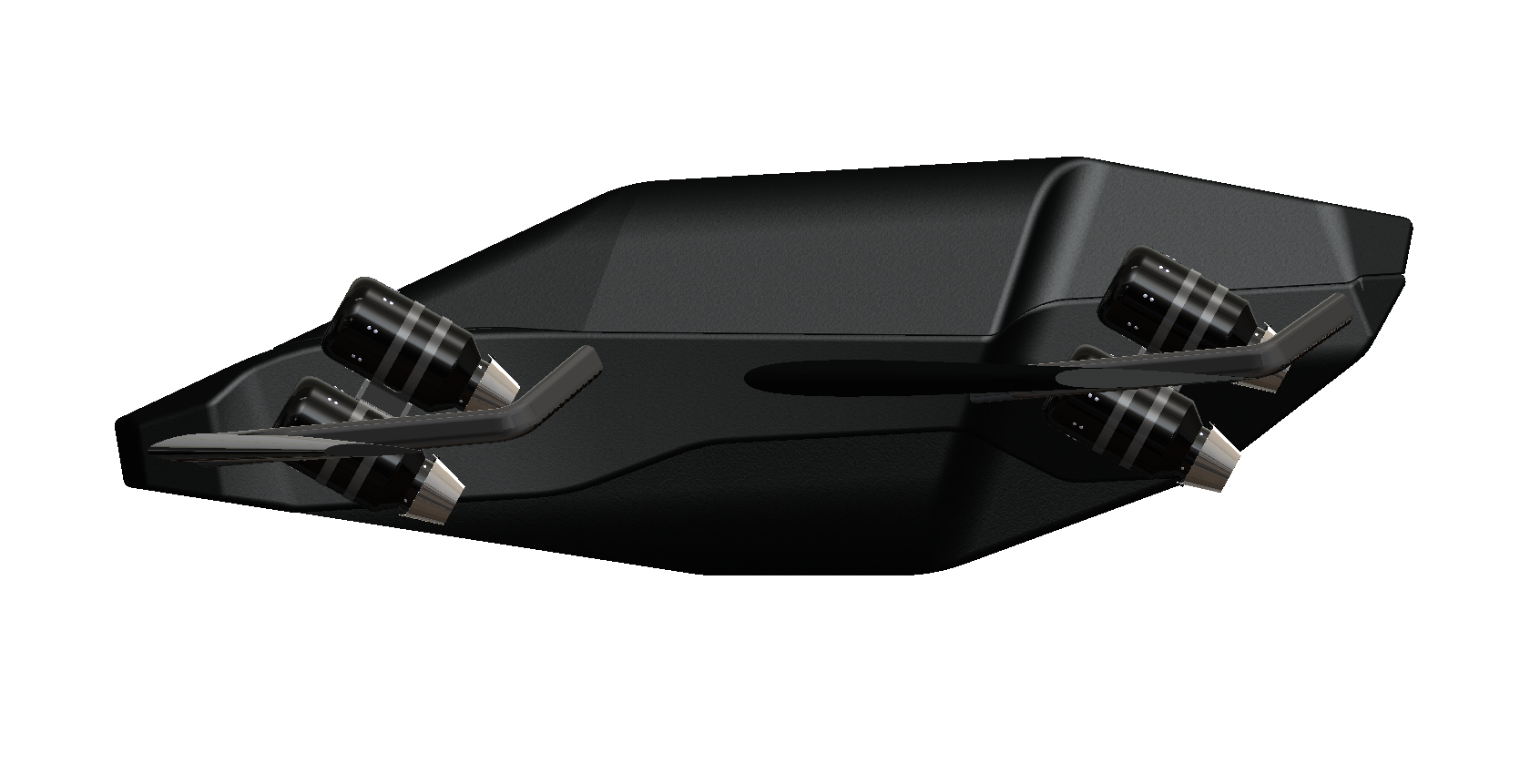 The engine gimbal and articulated exhaust nozzle systems, combined with the mechanical elements of the Speeder control system, operate in conjunction with the flight controller, comprising a computer and flight sensors, to enable the aircraft’s unique maneuverability. Within the confines of the 80ft (24m) tether system, P1 demonstrated the Speeder’s ability to take-off, climb, hover, yaw and perform slow transitions into forward flight.

With its unique combination of heavy payload, speed, VTOL operation, simplicity and optionally crewed flight, the Speeder offers unprecedented special missions capability, with longer term application to the urban air mobility market. Demand is expected to be high, and JetPack Aviation has already begun readying letters of intent for customers and taking pre-orders for the aircraft.

Build work on P1.5, the next prototype, which will ultimately fly off-tether, has already begun. Flight testing is expected to begin later in summer 2021, gathering data that will inform the design and build of P2, for which flight testing is anticipated from Q1/2 2022. P1.5 employs a smaller airframe compared to P1, as JetPack Aviation moves the product closer to production configuration. Like P1, it will use four engines, although the production model will employ eight, at least for crewed operations; P1.5 will also feature carbon fiber body panels. Trials will validate increasingly rapid transitions as well as faster forward, rearward, and lateral flight.

The P2 prototype Speeder will have a fully formed body, small, field-removable wings, and forward canards. The aircraft is sufficiently compact to be transported in a car or motorcycle trailer, and immediately ready to fly, with no charging or other requirements. It is expected to demonstrate high-speed forward flight with control and lift effected by aerodynamic surfaces as required, building on the aircraft’s proven capability to fly safely on engine thrust vectoring.

The Speeder burns regular Jet A-1, kerosene, or diesel, but in a recent cooperative supply agreement with Prometheus Fuels Inc., JetPack Aviation has committed to using 100% zero net carbon fuel in all its future operations.

The engineering leader in small, turbine-powered personal VTOL aircraft, JetPack Aviation is one of the few successful companies to have received Y Combinator investment, along with private investment,  to start  designing, building, and testing a series of JetPack designs that led to the JB10. The world’s first FAA-approved jetpack, the JB10 will make its competition debut in World Championship Air Race Season 1 next year.

JetPack Aviation’s wider mission is to create a range of VTOL aircraft that will save lives and revolutionize complex special missions. Based on its Speeder design and capable of carrying heavy payloads, the aircraft are small, transportable, optionally piloted, and fast. They have no rotors or lift fans, reducing operational footprint and complexity, and while JetPack Aviation’s initial focus is on special missions, they have obvious longer-term application to the urban air mobility market. JetPack Aviation is already working with the US Department of Defense and the world’s largest EMS company.

A new era of personal and special missions air mobility is dawning, and JetPack Aviation is leading the way.

Building on engine thrust vectoring and control technology pioneered and proven on the JetPack, JetPack Aviation’s Speeder is a multi-mission, jet-powered VTOL platform designed for demanding EMS, medevac, firefighting, humanitarian, and military missions. Its compact size enables transport in a car or motorcycle trailer, with preparations for flight taking just a few minutes. The Speeder is therefore always available and mission ready, even in conditions that would ground a helicopter.

Its unique engine configuration enables the Speeder to move heavy payloads within a reduced footprint compared to that of a helicopter of similar capacity. The Speeder has no rotor system, gearboxes or complex transmission, and is therefore also cheaper and simpler to maintain than a rotary-wing platform. Its power and high speed, combined with optionally piloted operation, mean the Speeder is the ideal choice for the most hazardous operations, including firefighting and disaster relief.

Equipped with a variety of mission equipment, the Speeder is easily and rapidly deployable, simple enough for easy maintenance and support in the field, scalable, and set to create a new standard in emergency and special purpose aviation.