The world is currently in the midst of a technological revolution. Technology has taken over our lives and it's become difficult to imagine life without the internet, social media, or mobile phones. The digital age has also created some negative consequences such as cyberbullying and other online dangers. Weownomy aims to make things easier for users by offering them their own personal income social network (www.Weownomy.global) that they can use with eCash cryptocurrency which will be low-fee and globalized.

It's hard to believe that in this day and age of modern technology there are still billions of people who don't have access to banking services. This number is even more shocking when you consider how many of these individuals live in countries without internet access.

Weownomy has been looking into adopting new technology as they believe it will allow the company to better serve user owned global platform. They have found that cryptocurrency can help achieve this goal, and they are adopting eCash which is a cryptocurrency designed specifically for social media users globally. Users will not need an account with a bank or credit card company in order to make transactions; they only need their phones and access to the internet.

The founder and CEO of Weownomy Ssemakula Peter Luyima said “The adoption of bitcoin ABC rebranded as eCash is one of the most significant single developments in the history of social media so far. This adoption will mean more than anything else that’s happened before because it gives us a practical way forward, not just an idea or theory but something we can use and put into practice”.

This means that with eCash you can send money instantly without going through a financial institution, your account balance can be stored in almost any type of computer or mobile device.

The Company aims to provide an environment that empowers all people and promote sustainable personal income lives (https://bit.ly/3yus0RC) on this planet through the Internet. To achieve this goal, we have adopted a new cryptocurrency named eCash which will be used as social media currency for payments in Weownomy platform for both content creators and co-owners who will be paid for using Weownomy Personal Income Social Networking Platform (https://bit.ly/3rS96RQ). As part of our mission to empower everyone who participates.

eCash (https://bit.ly/3jeh2Jq) is Weownomy’s option as a social media currency for all. The idea of using our own digital currency to pay for things has been around since the dawn of internet, but it wasn’t until Bitcoin came on the scene that this idea really took off. Now there are dozens of cryptocurrencies competing with Bitcoin and each other, including Ethereum and Litecoin. But there is one major difference between eCash and any other cryptocurrency: eCash was created by early Bitcoin developers who have been working to solve the problem of internet and financial privacy long before Satoshi's whitepaper.

The use of social media has been on the rise in recent years. People are now spending more time online than ever before, and a large percentage of that time is spent using social media sites like Facebook, Twitter, Instagram and Snapchat. But what happens when you’re browsing through your newsfeeds or tweets? You come across posts about people living paycheck to paycheck, no money for food or bills; some posts even talk about homelessness or suicide rates among those who have lost hope.

Weownomy will use eCash; Bitcoin ABC is a full node implementation of the eCash protocol, as its form of payment for any transactions on the site. It can be purchased and held in a digital wallet application which will then generate etokens for purchases made on Weownomy. With these tokens, you can be paid for using the platform and or buy anything from videos to emojis without having to pay with cash or other forms of money.

Weownomy is committed to the 30,000 shareholders who invested in the company. The owners of Weownomy will be given eCash coins in BITCOIN ABC market price as an investment for their Weownomy auction shares.

This investment comes with a planned payout on or before 18th of August 2021. Weownomy has an eye on stability, which they believe will be reached by providing payouts to the co-owners at stable prices that are pegged to BITCOIN ABC Market price at the time of writing as $58.95.

The eCash coins will be deposited in their eCash wallets for the scheduled pay-outs on or before 18th of August 2021, for Class A, Class B and Class C Shareholders.

Weownomy is a social media advertising platform that provides an automated way to buy ads in eCash crypto coins. The platform identifies the optimal way of promoting a given user owned Weownomy social media product and executes, evaluates, manages and optimizes display advertising campaigns all in real-time.

The rise of social media has opened up new avenues for advertising. However, it can be difficult to manage campaigns and reach the right audience with limited resources. Weownomy's Programmatic Buying Platform automates all aspects of a campaign, from identification to optimization, so that advertisers can focus on other areas of their business.

It is estimated that in 2021 the digital advertising market will reach $378.16 billion U.S. dollars, and Weownomy's goal is to take some of this pie. The current problem with social media ads has been how difficult it can be for businesses to create ads and pay attention to their metrics at the same time. Weownomy solves this by allowing companies and individuals alike, who are able to purchase eCash tokens on exchanges, put up an ad campaign or simply choose from a variety of existing.

There are two major problems that all advertisers face when it comes to advertising on social media. First, there is the pain of building a new campaign from scratch each time you want to advertise something and second, even if you have an established campaign running in one social media platform, your efforts are not extended to other platforms because they require different campaigns for them.

The Weownomy Ad Exchange is an innovative solution to the problem of advertisers not knowing where their ads are being seen. The system creates a marketplace for advertisers, publishers and affiliates, making it easier for any advertiser to use their product with one campaign and reach as many people as possible.

Social media advertising is one of the most important components in a successful marketing campaign. But it can be difficult to get right, and this task usually falls on someone who knows what they're doing.

Weownomy has created an innovative platform that makes social media advertising easy for everyone. The company's software identifies the optimal way to promote a given user owned Weownomy social media product and executes, evaluates, manages and optimizes display ads in eCash crypto coins.

Weownomy Ad Exchange is new and innovative software that allows advertisers to build capital ownership for themselves by utilizing an intelligent use of ad revenue credit. This way, they can get unlimited low-cost financing for growth of user owned social media advertising while also raising the power of users to pay for advertisers’ goods and services. The company has made it possible for people who advertise on social media to earn back up to 50% of their investment in the form of Weownomy's own virtual currency (Weownomy etokens).

This results in increased power for users to pay for what advertisers offer while also raising the power of advertisers to produce goods and services. A new way has been created that can give back power from advertisers to users.

Weownomy Ad Exchange builds capital ownership for advertisers and publishers while providing unlimited low-cost financing for growth of user owned social media advertising. The Weownomy ad revenue credit model enables the user to pay for what they want from advertisers, with or without a budget. This new economic system rewards all participants in an economy by raising the power of users to purchase goods and services while also raising the power of advertisers to produce them.

The internet has enabled us to experience a global marketplace that can be accessed with the click of a button. It has also given rise to social media networks, where users are not only connecting and engaging with friends but are becoming advertisers themselves. The Weownomy Ad Exchange provides an innovative use of ad revenue credit, giving the power back to the people.

The process of marketing and advertising has changed over the years, as people's attention spans have decreased. It is hard to catch someone's eye in this era where there are more than 7 billion people on Earth.

It is often said that advertising is a powerful way to communicate and sway the masses. But with so many ad networks, channels, and platforms out there, it can be difficult for advertisers to get their message across in an effective manner. The Weownomy Ad Exchange allows social media users to become more than just consumers of advertisements; they are now empowered by their own creativity and intelligence. By providing its users with a revenue credit model, Weownomy has made it possible for advertisers to buy goods or services with little money down.

The average person spends about 2 hours a day on social media. With that much time invested, it's easy to see why Weownomy is the next big thing in advertising. By giving social media users their own credit for ad revenue, Weownomy has made it possible to take on debt from advertisers and finance the growth of user owned social media advertising. The idea behind this was not only to help raise power for advertisers but also for those who consume their products and services as well.

The internet has revolutionized the way we consume information. With a few keystrokes, one can be in touch with people across the world and find out anything they want to know about. This rapid change has also had a major impact on how advertising is done; rather than companies paying for airtime or print space, social media users are now making their own advertisements and taking control of the power to advertise their favorite products or services.

In the world of advertising, there are two types of people: advertisers and consumers. For years now, advertisers have been able to leverage their products and services in order to persuade consumers into buying them with little money down. In recent years, however, this dynamic has changed as more and more businesses go digital. As social media becomes a larger part of our lives each day- from staying connected with friends to finding out what's happening in the world- it's also become an important.

With Weownomy Ad Exchange that changes the way we look at advertising. By giving social media users their own credit for ad revenue, Weownomy has made it possible to take on debt from advertisers and finance the growth of user owned social media advertising. The idea behind this was not only to help raise power for advertisers but also for those who consume their products and services as well. This innovative solution allows you to buy goods or services with little money down and by earning your Weownomy Ad Exchange Social Media Self-Financing Ad Revenue Credit.

Distributed by APO Group on behalf of Weownomy Platform Corporation.

About Weownomy Platform Corporation:
Weownomy Platform Corporation, Incorporated in the State of Delaware https://Weownomy.global is launching a subscription based, open and participatory platform. A new redefined social network that facilitates people's participation in the democratic process of defining their own rules for their future, generating an ownership structure where every person has rights to share in the proceeds generated by this new economy and hence true economic equality. 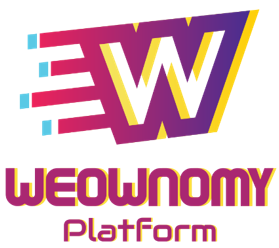