Africa currently sits on the cusp of a transition into a new energy paradigm, one in which technological and commercial innovations are delivering increasingly decentralised power to the people of the continent in new ways.

A recent White Paper released by global management consultancy company Kearney outlines the overarching strategic considerations for African utilities to forge a path to sustainability amidst the backdrop of this global paradigm shift. Entitled A New Energy Path to Viability for African Utilities, the paper unpacks the broader macroeconomic trends that are shaping the transition. 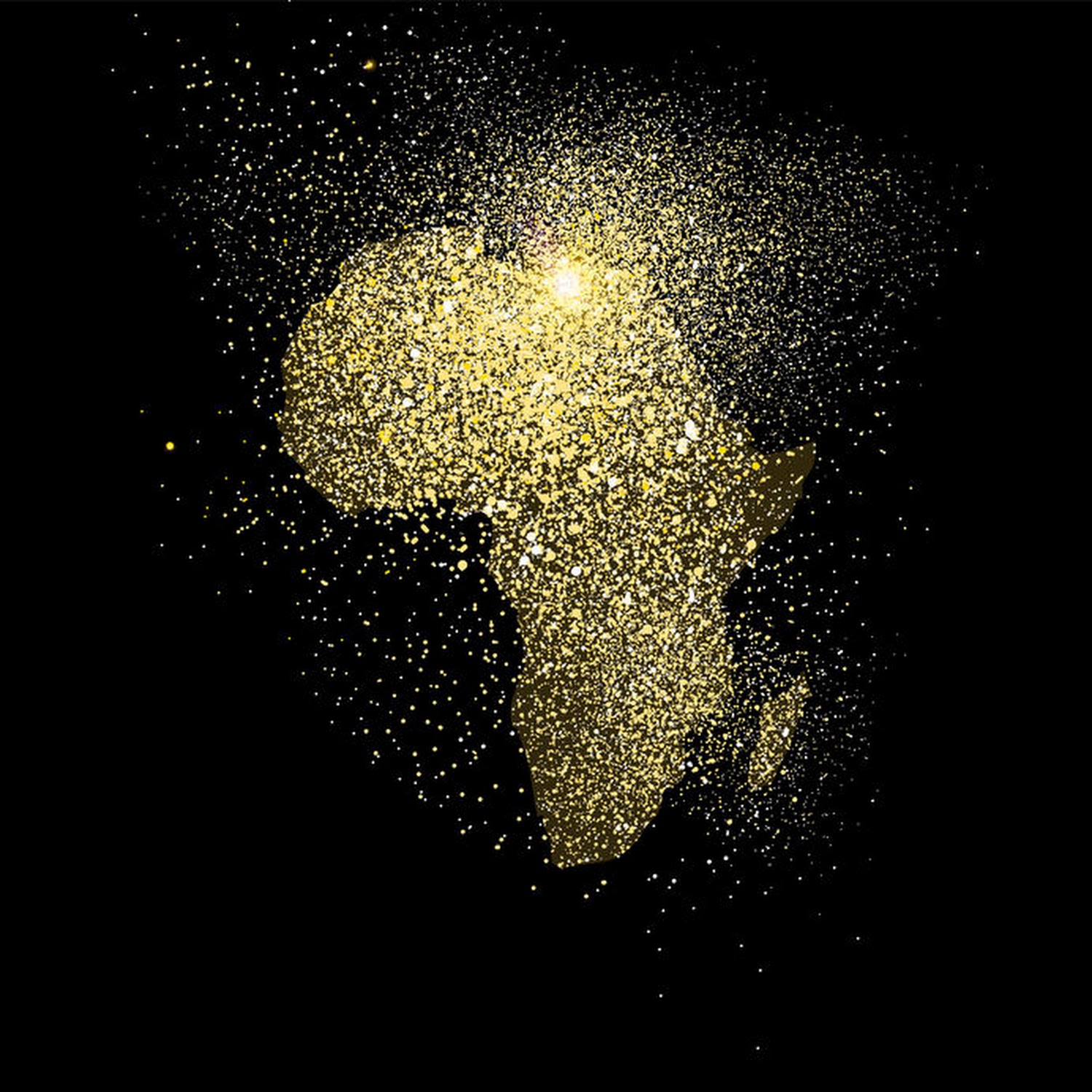 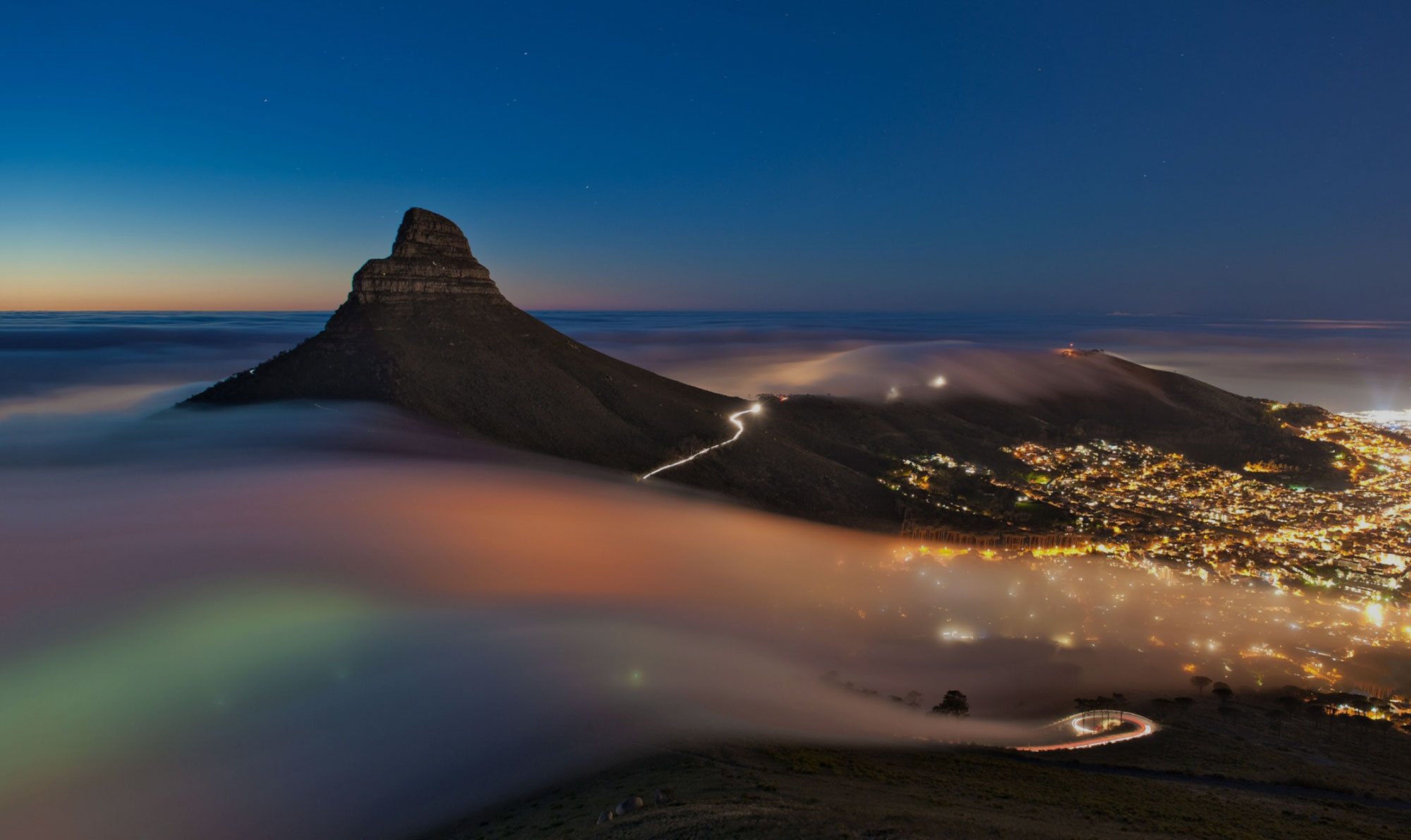 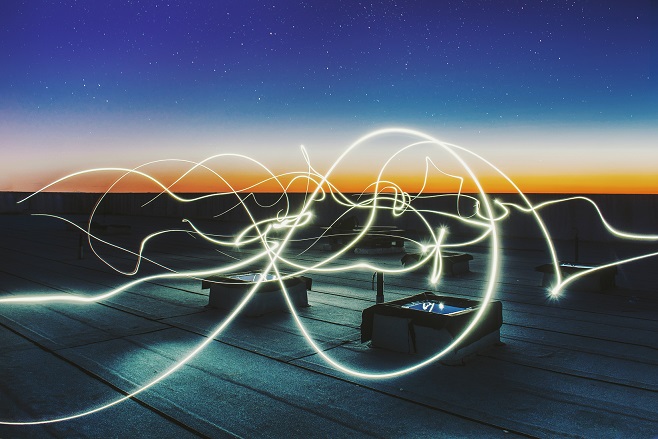 Kearney partner Igor Hulak explains the dual mandate shouldered by energy utilities in Africa, who play an integral role on the continent. “Availability of power is essential for economic growth, and, even more importantly, for social development. Utilities must provide sufficient, affordable power for both these imperatives”, adds Hulak.

He added that adequate electricity supply prefigures a nations’ overall economic development. Conversely, insufficient availability of power has been identified as a key obstacle facing African businesses, having been ranked 1st in sub-Saharan Africa ahead of other challenges like finance, informality corruption and taxes. 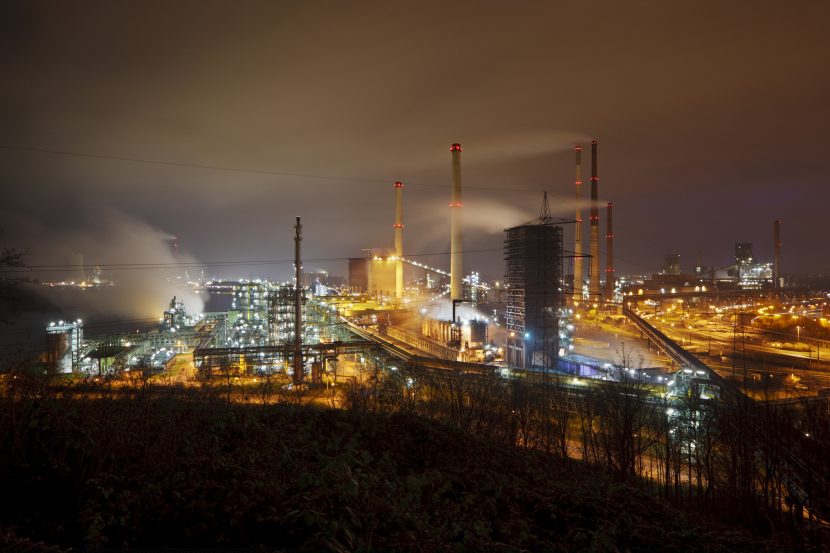 The 3 key drivers behind the transition to the so-called New Energy World; decarbonisation, decentralization, and digitalization, are also facilitating the historical trend of nations to liberalise their energy sectors as they grow and develop economically. In most African states liberalisation has not yet begun in earnest, and integrated state controlled monopolistic Vertically Integrated Utilities (VUIs) are still responsible for all of the sector’s main functions: generation, transmission and distribution, or sales. Some states like South Africa, Nigeria, Kenya, Ghana and Egypt are in the initial phase of liberalization and have seen the emergence of Independent Power Producers (IPPS) whose power and capacity is being sold to the VUI under long term power purchase agreements. 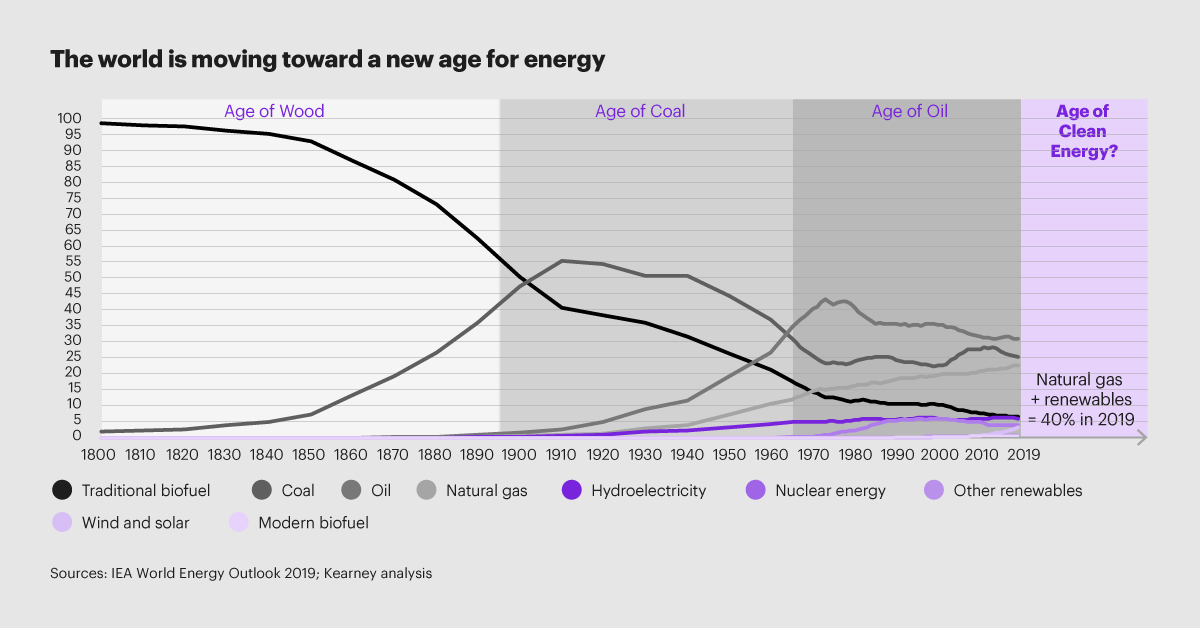 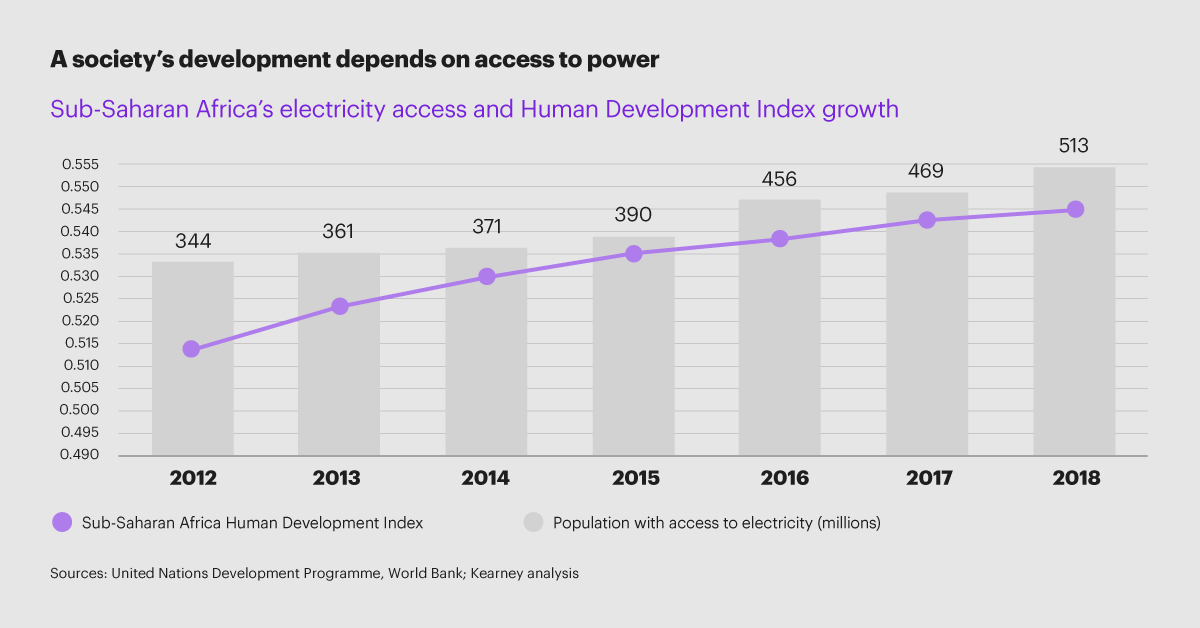 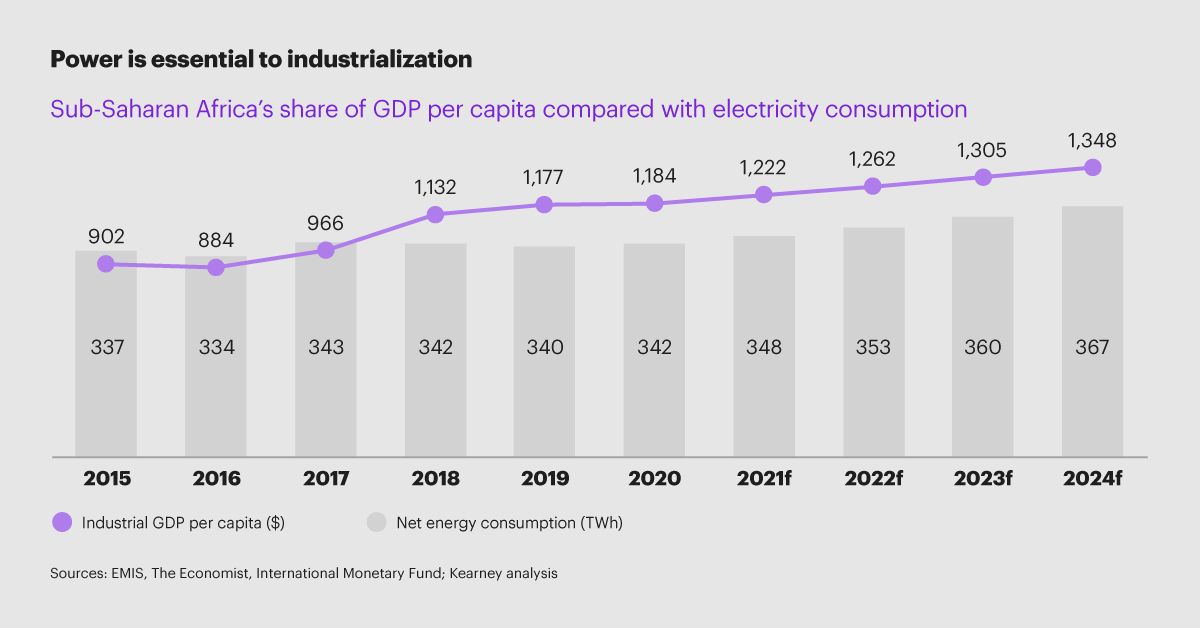 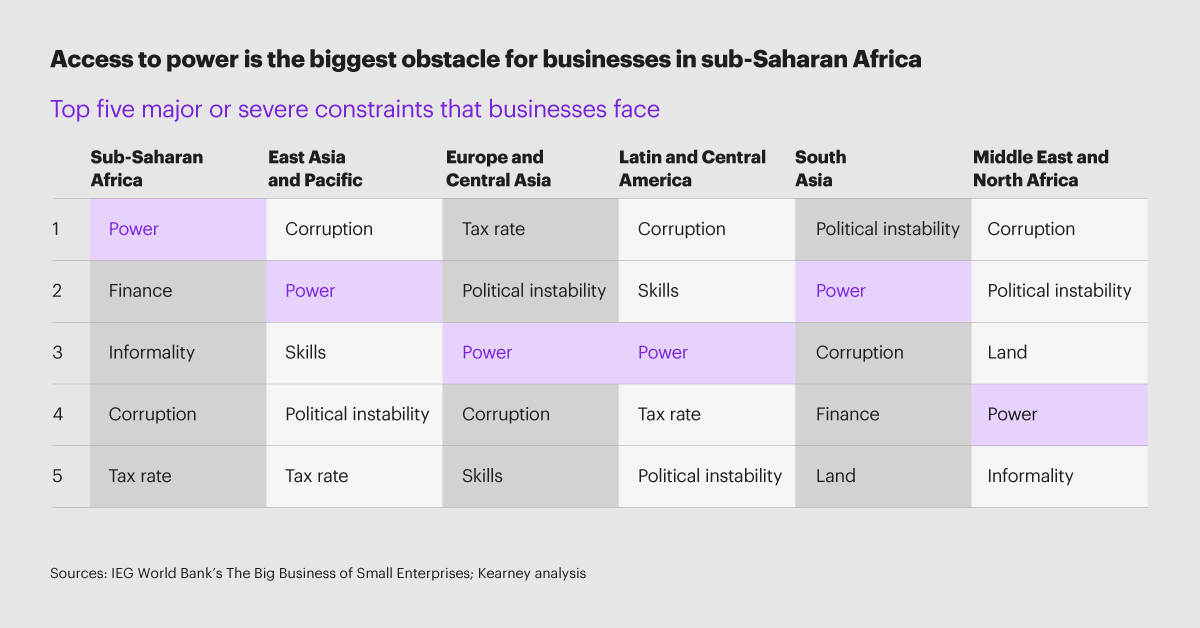 “African leaders are strategically planning for the natural transition into the more organic market of the next liberalization stage over the next years, in which parastatal VUIs are legally and functionally unbundled into separate entities for generation, transmission and sales”, Hulak remarks.

“While European utilities unbundled largely from a position of strength, Africa’s embattled utilities face a very different reality. The many challenges in commercialising operations and managing an unbundled power network are daunting and complex. Unbundling won’t be an easy road, but we need to face the obstacles head-on if we want to ensure a sustainable African power sector”, says Hulak.

In the later phases, VUIs are fully unbundled and there is a vivid environment of private sector participation in both distribution and sales, giving rise to a healthy competitive wholesale market. These hybrid business models have already been implemented in much of Europe, Asia, and the Americas.

Because of the historical timing of liberalization in Africa, African states stand to benefit from the advent of cost-competitive renewables and are embracing decarbonisation as they embark on their journeys towards liberalization.

“African utilities now have the chance to leapfrog over many of the steps taken by other nations on the path towards liberalized energy supply”, explains Hulak. “Technological breakthroughs, economies of scale, state-incentivized decarbonisation, and a culture of innovation are seeing African power producers leverage the continent’s abundant wind and solar resources. Renewables are fast becoming a prime contributor to Africa’s energy mix”.

Kearney’s White Paper delves into pertinent African utility case studies on South Africa and Ghana and looks at the lessons that can be drawn from their efforts thus far.

It notes that several African VIUs, including Eskom, are beset with myriad difficulties arising from inadequate infrastructure maintenance. In monopolistic models, the lack of competition means that there is little incentive to improve efficiencies.

“Many monopolistic VUIs in Africa are now commencing unbundling from a compromised position of over-reliance on government subsidies. In this archaic model, state-run VUIs are heavily subsidised with funds drawn from other more profitable economic sectors. The artificially reduced household tariffs yielded by such systems bridge the affordability gap, but ultimately these models are unsustainable, and usually result in the utility’s indebtedness, especially when subsidies fluctuate with shifting government priorities”, Hulak explains.

Like several other African VIUs, Ghana also commenced unbundling from a weak position, amidst a challenging socio-economic context. Initially, the sector was unbundled into separate generation and transmission utilities, with regulatory bodies created in parallel for: technical regulation and licensing; as well as for economic regulation and tariff setting. This unbundling was an initial step for the later introduction of IPPs to the national energy mix and establishment of the wholesale electricity market for bulk customers.

Ever since, Ghana has continued the path of reform and innovation in the power sector, including the attempt of introducing private-sector participation in electricity distribution. Even though this initiative has not yet succeeded, it does not undermine the fundamental directional rightness of the course the country is pursuing.

In summary, Hulak notes that Africa’s traditional VIUs have the opportunity to embrace the New Energy world rather than fight it – by leveraging their already existing expertise and resources to expand their product and service portfolio in a customer-centric way.

“Africa’s power sector can be fast-tracked into the New Energy transition, with insights gleaned from other places where unbundling has already begun in earnest. The strategic dilemma for African governments now is whether to focus on imported technologies for decentralised solutions or to develop integrated networks. The latter path requires more time and investment, but would boost local economies”, he concludes.