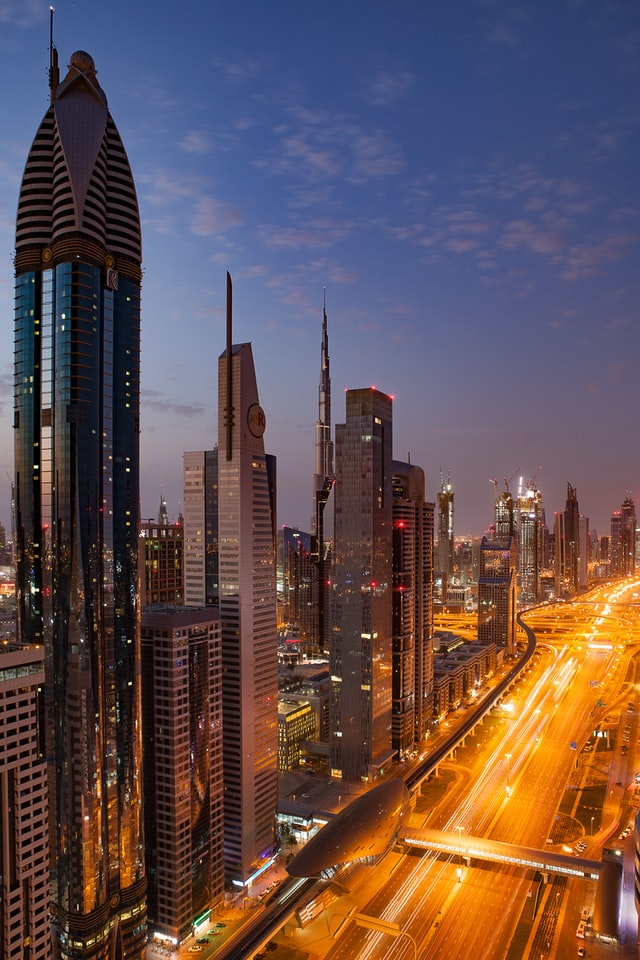 Dubai is flourishing due to Expo 2020

Oil prices are still on the rise in 2022, which bodes well for several Gulf countries whose budgets still rely heavily on revenues from oil. Those countries’ economies took a hit when the price of oil plunged in 2020 due to the pandemic and lockdown measures. This year it seems that more optimism is warranted.

The World Bank maintains its optimism

The World Bank had been positive in 2021 about the economic recovery in GCC countries. Expectations were that those countries would achieve an average growth of 2.2%. Those numbers were quite promising when compared to the contraction of over 4% witnessed just a year earlier in 2020. Another good factor is that the gross output from non-oil activities is growing in the region, which means that those economies are on their way to diversification, although a lot of work remains to be done. All in all, though, the World Bank is sticking to the positive projections, heading into 2022.

And according to a poll of economists conducted by Reuters, the six gulf economies (Bahrain, Kuwait, Oman, Qatar, Saudi Arabia and the United Arab Emirates) are expected to grow at a faster rate in 2022 than previously thought. This is due to higher percentages of people vaccinated in their populations, and higher oil prices (the oil is currently trading at above $80 per barrel). This means that there will be several investment opportunities in those countries, and combining fundamental analysis with technical analysis for trading while searching for those opportunities can yield the best results.

UAE is among the leading countries in the region

With the Expo 2020 taking place in Dubai, and with the highest vaccination rate in the region, the UAE should see robust demand for its output, especially when the recovery in the tourism sector is taken into account as well. The country’s economy is predicted to grow by 4.6% in 2022. In general, the UAE government handled the crisis well, as it introduced a generous economic stimulus package. The package was worth Dh388 billion ($105.72bn) and it included the central bank’s Dh50bn Targeted Economic Support Scheme (TESS) to boost liquidity in the financial and banking sectors.

Saudi Arabia introduced economic measures to boost the economy as well, and combined them with significant structural and fiscal reforms. The country planned a 6% decrease in its budget spending in 2022. With oil prices at their highest levels in years, several GCC countries are expected to see budget surpluses, whereas others are likely to see their budget deficits shrinking.

The 2030 vision plan for KSA, the largest economy in the region, alongside several reforms in neighboring countries, will also give another boost to those economies. The UAE, for example, has introduced visas with longer durations, in addition to new pathways to citizenship, while in KSA bureaucracy is being curtailed and social reforms are gaining momentum. Meanwhile, investments by wealth funds in the region are also growing steadily.

Apart from the tourism and hospitality sectors, all indicators show that growth is likely to pick up in 2022 in GCC countries. This is in line with the global economic recovery, despite the concerns related to Omicron and surging inflation. All in all, it is a good year to invest in the services sectors, and GCC economies at large.