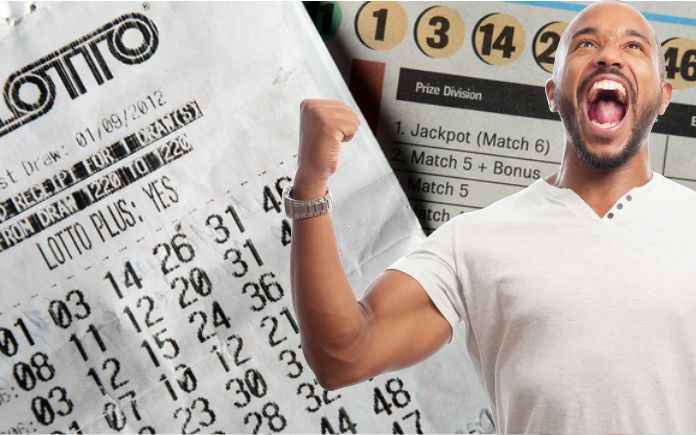 Did you know the French Lotto draw happens three times a week? That’s one more than most major lotteries around the world and yet another opportunity in a seven-day period to win big.

It happens on Mondays, Wednesdays and Saturdays, giving those who enter a chance to triumph at the start, in the middle and toward the end of the week. That’s some superb frequency, indeed.

Because there are 3 draws per week, it effectively means the tier one prize grows 50 percent quicker than lotteries that only happen twice per week.

It also ostensibly translates to fewer rollovers for each jackpot. This graph is a great indicator of how frequently the French Lotto was won between February 2021 and the same month in 2022.

Besides the near 30 rollovers required before the jackpot was won in December 2021, the French Lotto main prize hardly rolled over more than five times before being one during the period in question.

On occasion, especially depicted in July and August 2021, rollovers happened once, maybe twice. That’s a really good ratio of main prize to other prize wins. You’ll need to search long and hard to find a lottery justifiably comparable. 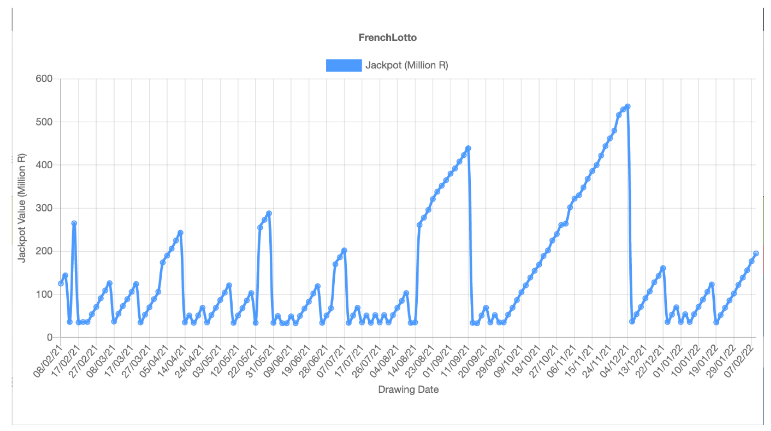 To bet on the French Lotto, simply choose five numbers from the main pool of digits 1 to 49. From a different pool of 1 to 10, select an additional lucky number. Getting all six right lands one the main prize.

The chances of winning the French Lottery are not outlandish either. The odds of claiming the main prize on the back of guessing five numbers and the bonus number correctly weigh in at about one to 19 million. That’s a lot, yes, but the ratios and odds are significantly bigger and longer for some of the world’s other lotteries. The odds of winning the French Lotto main prize are substantially smaller than, say, for instance the Spanish Lotto, Oz Powerball and EuroJackpot. They come in at one to 32 million, one to 77 million and one to 95 million, respectively.

The French Lotto is also right up there among the biggest main prize payouts across the globe nowadays. The largest jackpot ever won in this France draw is the equivalent of R392 million. Sure, that’s not as big as the record sums enjoyed by the US Powerball, US MegaMillions, EuroMillions or EuroJackpot, but it’s bigger than the largest single payouts the Irish Lotto (R302 million), Polish Lotto (218 million) and Austrian (R158 million) draws have ever seen.

Returning to the graph, it’s evident that 2022 is off to a reasonably lucrative start in terms of French Lotto jackpot wins. There have already been two main prize wins in excess of the approximate equivalent of R100 million. A third, now touching on R200 million-plus, is on its way.

It’s possibly a mere matter of time before someone is as fortunate as this winner, who a decade later, still holds the esteemed record for the highest ever main prize win in the French Lotto.