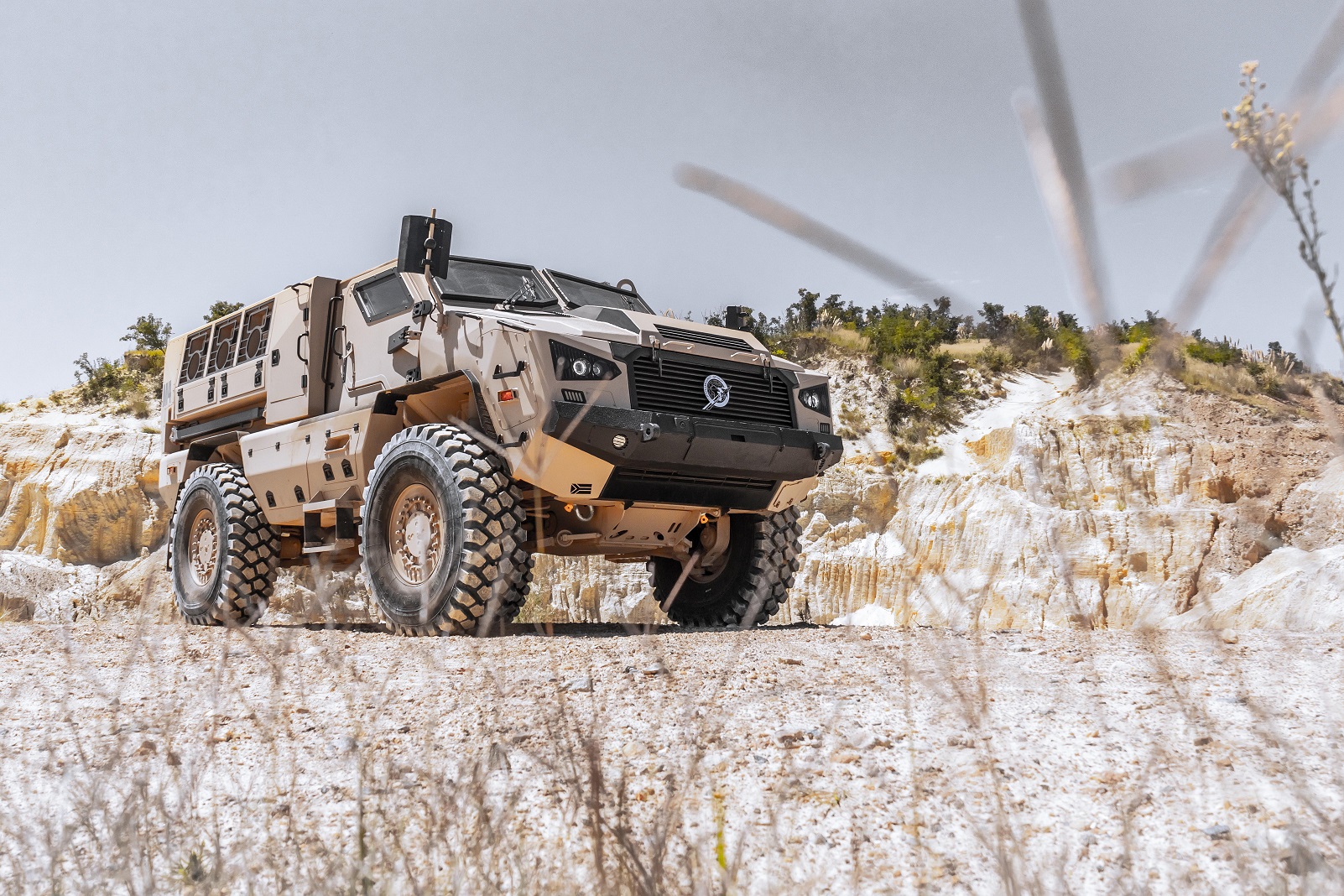 Johannesburg, March 23,  2022 – Paramount Group, the global aerospace and technology company, announced that its Mbombe 4 Infantry Combat Vehicle (ICV), has been selected by five sovereign nations to equip their armed forces with the most advanced armoured vehicle innovations and technologies available in the world.

In less than three years, from its debut at the International Defence Exhibition & Conference (IDEX) of 2019 in Abu Dhabi, the Mbombe 4 has generated significant levels of interest from armed forces demanding next-generation survivability, mobility and toughness.

The ‘Ultimate Warrior’ Mbombe 4 is presently in production in Africa and Asia, with more than 150 vehicles either being manufactured or on order for global delivery or deployment. 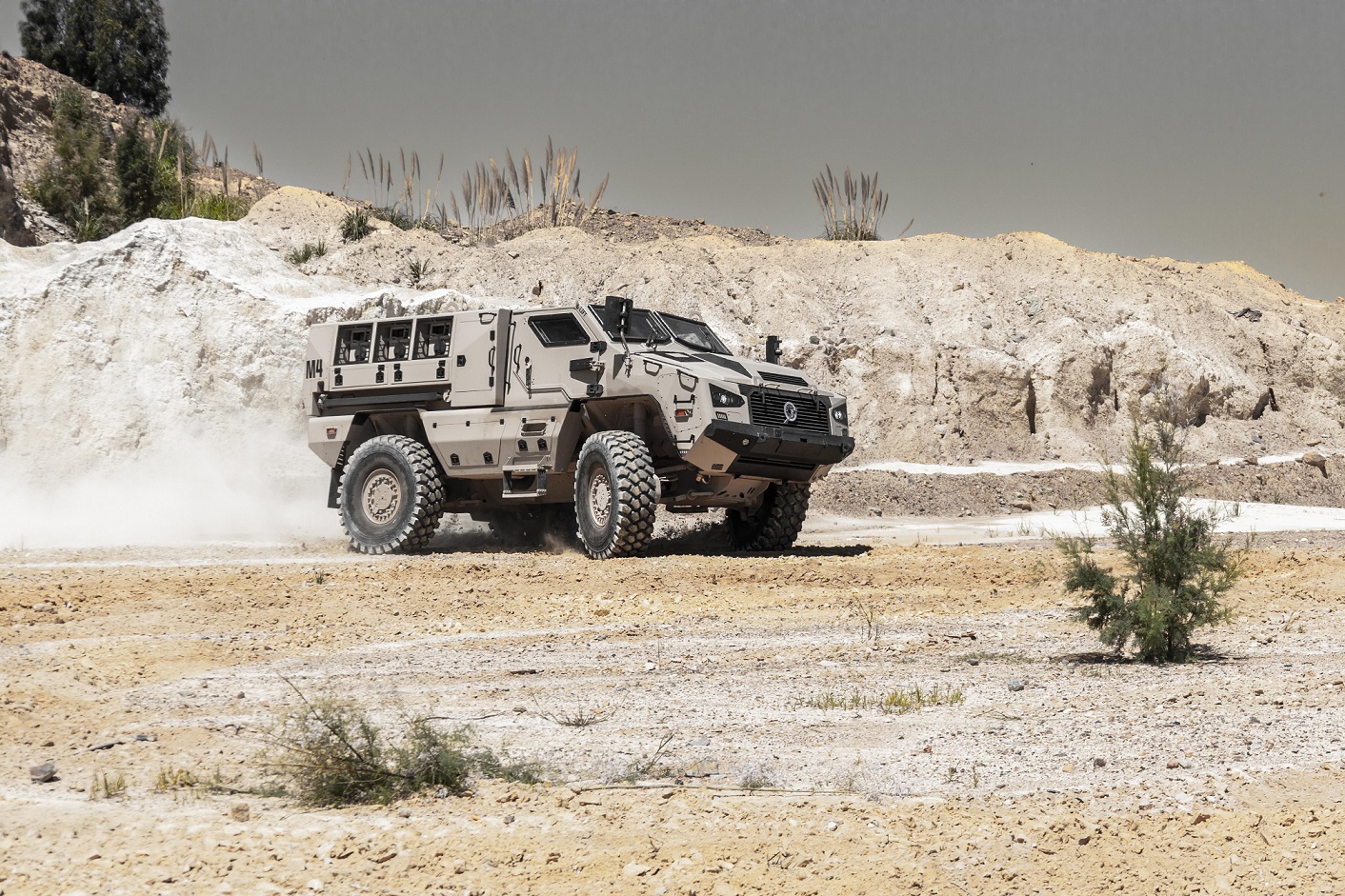 The Mbombe 4 ‘S’, a special regional variant, is equipped with the latest mission-critical technologies for optimal desert performance, enabling the vehicle to excel in punitive desert climates and conditions.

The Mbombe 4’s continued global expansion serves as a testament to the success of the Paramount Group-pioneered portable manufacturing model in action. In 2021, Paramount Group announced its partnership with India-based engineering and technology conglomerate, The Kalyani Group. This has resulted in the production of large numbers of Kalyani 4 in India, followed by an order by the Ministry of Defence of India.

In assessing the resiliency of manufacturing and defense supply chains globally, today highly susceptible to external shocks, Paramount Group CEO Steve Griessel suggests that the portable production of interoperable platforms such as the Mbombe 4 can play a key role in creating defence industrial bases from entirely within partner countries.

“The Mbombe 4 and its evolutionary capabilities reflect world-beating innovation, affordability and importantly, homegrown production opportunity, which has enabled our manufacturing expertise to be replicated on a global scale. Having implemented our local production model in several locations around the world, we are in a unique position to offer industry partners and governments the capability to set up local manufacturing facilities, transfer skills and technologies, and start production of vehicles in less than a year. The Mbombe 4, like all our other technology platforms, has been designed from the outset for production within customer countries. This is a key requirement from governments looking to strengthen their indigenous defence industrial capabilities.”

Manufactured with a strikingly unique clean-sheet design and equipped with the latest technologies mission-critical to address the asymmetrical challenges of the modern battlefield, the platform provides very high degrees of both ballistic and mine protection (e.g., crew compartment STANAG 4569-Level 3, blast protection STANAG 4569-Level 4a & 4b, protections recognised under a NATO standardisation agreement that institutes world-leading benchmarks for occupant security) and independently verified protections against a 50kg TNT side blast or roadside bomb.

Moreover, newly tested and certified add-on armour and a lightweight shielding system developed by Paramount Group increases the Mbombe 4’s protection to cover all Level 3 threats within NATO STANAG 4569, offering some of the highest levels of protection that can be achieved globally by an armoured vehicle in its class in the process.

The 16 tonnes Mbombe 4 can be equipped with various weapon systems and loaded with ammunition, crew, and supplies. Other key features of the Mbombe 4, include a burst speed of 140km/hr, allowing for exceptional levels of mobility. The platform also hosts industry-distinct flat floor mine protections and a rear-door ramp design which ensures the rapid deployment of the crew while the vehicle is static or on the move.

“Paramount Group believes in global partnerships. The Mbombe 4 has offered our partners and customers in-country production of best-in-class technologies with the prospect of localised high-skills training and job creation, fundamental to enhancing any nation’s modern defence capabilities, now and in future.” Griessel concluded.

Paramount Group is a global technology and aerospace business, a leader in defence and security innovation and is a trusted partner to sovereign governments across the globe.

Paramount specialises in the creation of portable manufacturing facilities through technology and skills transfer, resulting in new local capabilities and sustainable jobs, proven to not only benefit local defence industrial capabilities but economic diversification and growth.

Paramount Group has been responsible for the development and production of a broad range of highly advanced armored and mine protected vehicles that are in operation around the world. The family of APC and combat vehicles which has been developed from clean-sheet design is at the vanguard of armored vehicle technologies. These vehicles have been designed and developed to meet the increasing demand for multi-role, high mobility, and mine hardened platforms, providing a solution to the ever-changing demands of the global battlefield.