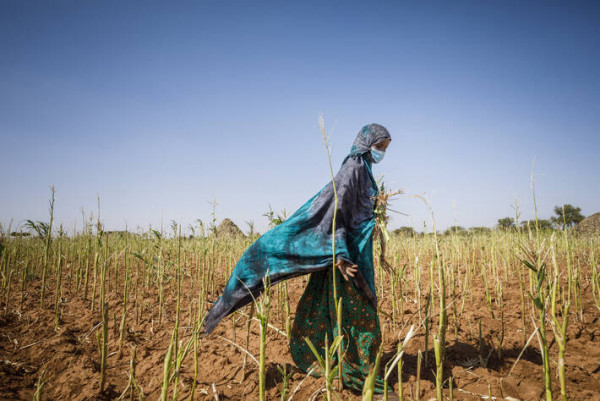 The Director-General of the Food and Agriculture Organization of the United Nations (FAO), QU Dongyu, has welcomed an €8 million contribution from the European Union (EU) that will enable countries in the Horn of Africa to maintain a state of readiness in the face of a possible resurgence of Desert Locusts.

The European Commission announced the funding – from the European Civil Protection and Humanitarian Aid Operations (ECHO) – as another example of the EU's sustained commitment to control this upsurge since its early days in 2020.

“I want to thank the European Union and all other supporters for their generous contribution and ongoing assistance in the battle to control the Desert Locust upsurge, enabling critical livelihood-safeguarding activities” the Director-General noted, adding that “National Governments in collaboration with FAO and partners have achieved major progress in controlling this pest in East Africa, but operations must continue and we cannot afford to let down our guard.”

While the upsurge continues to decline in the Horn of Africa thanks to control operations, recent rainfall has enabled swarms in eastern Ethiopia and northern Somalia to mature and lay eggs. Additional breeding of the voracious pest may also take place in northern Kenya but on a much smaller scale.

The new funding will be used to bridge time-sensitive, critical gaps in procurement, survey, and control operations in the remaining two most-at-risk countries, Ethiopia and Somalia. It will also enable a quick response if the situation changes and needs arise in Kenya and the Sudan. This is designed to ensure the continuity of activities carried out by FAO in support of national governments so that the locust fighting force assembled in East Africa in the past year remains vigilant and ready to contain any new threats to the livelihoods of agricultural communities.

ECHO's latest contribution will also support the procurement of additional biopesticides to help sustain control activities beyond the second quarter of 2021.

As the record-setting locust upsurge gained momentum in East Africa last year, the European Commission was an early responder to the threat, providing €25 million from its Directorate-General for International Cooperation and Development (DEVCO).

Additional EU contributions of €6.1 million came from ECHO in 2020, including a €5.1 million allocation for Somalia, South Sudan and the Sudan.

With support from the European Union and a number of other donors (https://bit.ly/2Qd5Xh8), FAO and governments have scored major successes in containing the worst recorded locust upsurge in Ethiopia and Somalia for 25 years and the worst infestation that Kenya has experienced in 70 years.

The Desert Locust is considered the most destructive migratory pest in the world and a small swarm covering one square kilometer can eat the same amount of food in one day as 35 000 people.

The scourge's sweep through East Africa was considerable but locust control operations have prevented the loss of four million tonnes of cereal and 800 million litres of milk production while protecting the food security of 36.6 million people and avoiding $1.57 billion in cereal and milk losses. The locust control effort in East Africa also helped avert a further spread westward to Africa's vulnerable Sahel region.

FAO has also been helping farmers, who suffered locust damage with agricultural support packages, providing veterinary care for vegetation-starved livestock, and making cash transfers to families who have lost their crops so that they can purchase food.

Desert Locust monitoring, forecasting, and control are at the heart of FAO's mandate. Its Desert Locust Information Service (https://bit.ly/3eJiq5S) has been in operation for more than 50 years.